Though many innocent souls were lost due to physical injuries sustained during battle , others suffered from diseases which arose from poor living conditions, food shortages, and lack of personal hygiene in the trenches. This meant that people were often admitted to hospital for sickness instead of wounds and medics found themselves fighting a war against disease as well as injury. It was a rare sight to see someone escape the war without some kind of injury or decline in their overall health. But lack of medicine and pharmaceutical knowledge meant that many diseases had no cure. If one person was infected, the disease would be instantly transmitted to those around them, which ultimately led to global epidemics and the death of countless people. Here is a list of the top 10 diseases that were common in World War I:

This was an infection which made soldiers’ feet turn red or blue in color. It was a major problem during the initial stages of the war and was caused by the wet, cold, and unsanitary environment. Men would stand in waterlogged trenches for long periods of time without being able to move their legs or remove their socks. If the condition worsened it would make the legs numb and lead to gangrene and often amputation.

The only solution to this problem was for the soldiers to be able to rinse their wounds in lukewarm water, dry their feet, and change their socks several times a day. The number of cases of trench foot rose to over 75,000 in the British Army and around 2,000 in the US Army. But improvements in the quality of soldiers’ boots significantly reduced those numbers towards the end of the war. 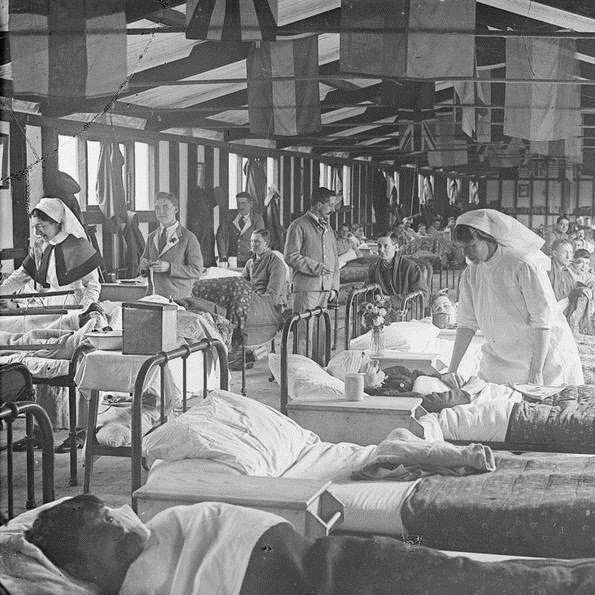 Trench fever was also known as quintan fever and was caused by a bacterium called Bartonella quintana found in body lice. Body lice would breed and grow in the soldiers’ clothing by clinging on to the seams of the cloth. In order to get rid of the lice, soldiers would run flames along the seams of their clothes. It was easily transmissible amongst soldiers and lasted for a period of five days. The symptoms included muscle aches, headaches, high temperature, sores on the skin, and continuous attacks of fever. Soldiers could contract the disease more than once and the number of infections rose to nearly one million at its peak. The disease was also linked to poverty, overcrowding, displacement of resources and homelessness, and could affect the civilian population as well.

If a soldier was diagnosed with the disease it meant he would be off duty for a minimum of three months and his country would lose a valuable resource. On the other hand, its low mortality rate also made it a savior for many men who would have otherwise lost their lives on the battlefield. 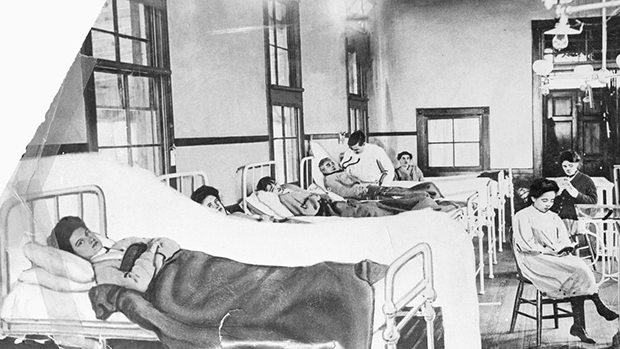 Though their names may sound similar, these diseases are not the same. Typhoid fever was a bacterial infection caused by the bacterium Salmonella typhi and it was one of the deadliest diseases of World War I. Its symptoms included sweating, diarrhea, and a high temperature. Typhoid fever sufferers would become extremely dehydrated and had to endure excruciating pain.

Typhus fever, also referred to as gaol fever or ship fever, on the other hand, was transmitted amongst soldiers through body lice called Pediculus humanus; the core organism or virus was called Rickettsia prowazekii. The disease came about due to bad hygiene. During the war, a massive number of deaths occurred because of typhus fever and since there were no antibiotics, the mortality rate varied from 10 to 80 percent. Countries like Russia reported an average of 82,000 cases every year and this number rose to 154,000 after the retreat of 1916.

This was a devastating disease which resulted in more deaths than the Great War itself. People also called it the Spanish Flu or La Grippe and it was a huge epidemic immediately after the war in 1918, spreading throughout Europe. Children and people between the ages of 20 and 40 were the most prone to infection and malnutrition and poor hygiene contributed to the spread of the disease.

Victims would develop a deadly type of pneumonia and would suffer from headaches, aching muscles, a persistent, dry cough, fever, weakness, a sore throat, and blood poisoning. Once someone was infected they would usually die within three days in excruciating pain and with swelling of the body. Since there was no cure, gauze masks were distributed among populations to prevent transmission of the disease. 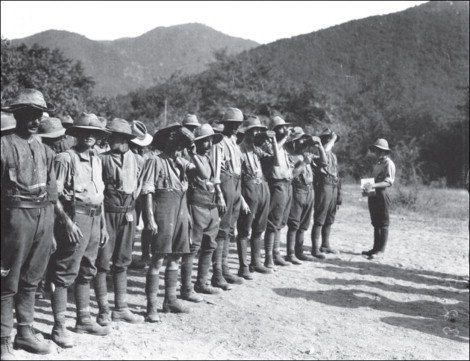 Many soldiers and civilians were affected by malaria during the First World War. People between the ages of 18 and 48 were largely infected and many people died of the disease. Several sources indicate that British, French and Austria-Hungarian troops together had over 20 million cases and the number of deaths per month averaged 80,000.

Lack of medicine and treatment facilities made it an incurable epidemic during the war. It was parasitic in nature and was made worse by unsanitary living conditions and malnutrition. After the war, death rates declined as troops were moved from infected areas to safer and better living conditions.

Diabetes often ended in death for many sufferers, as the discovery of insulin was still 20 years away. People and soldiers suffering from the disease had to follow strict diets which limited their food intake to a great extent. There was no cure and death would follow soon after diagnosis.

Heart disease during World War I was very different to today. Heart defects were extremely difficult to detect and diagnose in wartime. Hereditary heart disease in adults, which damaged the four major valves of the heart, was common and officers and soldiers were discharged from service if they were suspected of having heart problems.

The First World War served as a breeding ground for sexually transmitted diseases. The number of these infections grew massively during the war and eventually spread to the unaffected populous. The most common sexually transmitted infections were gonorrhea and syphilis which quickly spread amongst the troops and weakened their fighting capabilities. At that time, the cure for venereal disease was very expensive, time-consuming and largely ineffective.

Soldiers’ wives were also suspected of carrying venereal disease due to extramarital relations with other soldiers or civilians. As this disease led to the weakening of the fighting force, many countries introduced strict medical policies and performed medical examinations on soldiers and prostitutes to curb the disease.

A whopping 24 countries and 34 major cities were affected by tuberculosis and the death rate was at its highest towards the end of the war. At its peak in the United States, there were 150 deaths for every 100,000 people. A similar pattern was also seen in for example Ireland, Scotland, Belgium, Germany and Japan. However, after the end of the war, these numbers quickly came down to 114 for every 100,000 people. Even though the disease gradually disappeared, it left behind physical and mental scars on the people it infected. Subsequent medical research helped to develop vaccines and prevent its outbreak in the wars that followed. 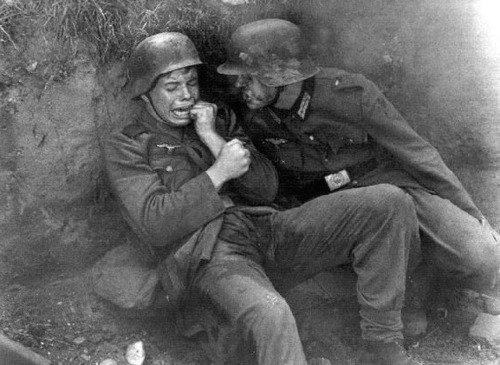 By the end of the First World War, the British Army alone had seen more than 80,000 cases of shell shock. Shell shock was a term to describe the post-traumatic stress soldiers suffered during the war. Its symptoms included insomnia, the inability to walk or talk, and panic attacks. At the beginning of the war, shell shock was relatively rare. However, as the war progressed, the number of cases grew, and doctors were not able to identify the exact cause of the disorder. There was speculation that the explosion of bombs caused shockwaves in soldiers’ brains. Also, it was believed that carbon monoxide from the explosions damaged the brain tissue.

Patients showing signs of shell shock were regarded as cowards, but as the number of shell shock cases increased, people tried to figure out a solution to the problem. The answer was to prescribe the affected soldier a few days’ rest and their officers were directed to discuss the issue with them, talking about both the war and their families back home. In severe cases, sufferers were sent to casualty clearing stations for many weeks. If they still didn’t recover they would undergo several more rounds of observation until they were ready for battle again.

The First World War saw the rise of many well-established and new diseases, and the treatment of these diseases provided an opportunity for the medical community to research and find new cures. The research carried out during World War I into many disorders enabled us to better prepare for future global epidemics and wartime disease.