“Natural forces within us are the true healers of disease” – Hippocrates

Very little was known about disease in ancient Greek times until Hippocrates began to make great strides in the field of medicine. Many modern cures can be traced back to Hippocrates, and for this reason, he is known as “the father of medicine.” At that time, it was thought that disease was an ill omen, but Hippocrates disputed this theory and proved that there were real, physical reasons behind illnesses. He was said to have been be born around 460 BC on the island of Kos and died around 370 BC at the age of 90.

In this article, we will discuss the top 12 contributions of Hippocrates: 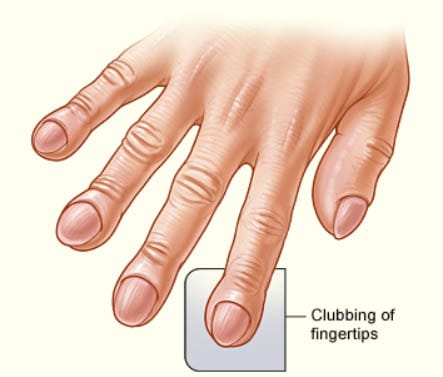 Hippocrates was the first to diagnose this condition which is characterized by the swelling or bloating of the fingers. It is one of the symptoms of Eisenmenger’s syndrome which is a chromosomal disorder leading to congenital heart defects and pulmonary hypertension. At that time, no one had heard of the condition.

The Hippocratic face, or Latin facies Hippocratica, describes a dramatic change in a person’s facial features which is characterized by sunken eyes and cheeks, and relaxed lips. These symptoms were first described by Hippocrates and were a sign of prolonged rather than acute illness. If the causes were not treated, the condition could be fatal.

Much of Hippocrates’ work and teaching was related to diseases of the chest. He was the first to drain an abscess on the chest wall using a tube, and this technique is still used today. Many of his principles are still taught to medical students.

4. A Cure for Hemorrhoids

Hippocrates authored many books on the subject of science and medicine and one example is the Hippocratic Corpus. This book was written in Ionic Greek and contained lectures, philosophical essays, and research. It also included a collection of around 70 different diseases, their symptoms and treatments.

Hippocrates was a great physician and wanted all those who followed him to abide by the same set of principles and ethics. He therefore proposed the Hippocratic oath which outlines the rules that should be followed by all medical practitioners. The oath states that all doctors should do their duty with full respect to the patient and avoid any malpractice. The oath begins by swearing upon the gods and sets out a list of rules which should be followed.

The oath is included in his Hippocratic Corpus. One example included in the oath is that of abortion being an immoral act. Hippocrates also states that anyone who follows his oath will gain a good reputation as a doctor. Today, most medical students swear this oath on graduation.

Empyema or empyema thoracis is a collection of pus and fluid in the space between the two pulmonary pleura caused by microorganisms or bacteria. It is also called respiratory inflammatory disease. It can be cured with the help of antibiotics and chest-tube drains. Without treatment, it can lead to pneumonia.

The main symptoms of the disease are a cough, fever, and chest pain. Today, the diagnosis for this disease is a CT scan and X-ray, but Hippocrates was able to diagnose without the use of these modern techniques.

The disease consists of three main stages: the formation of pleural fluid, fibrous septa forming in the membranes, and the inability to sufficiently expand the lungs. This disease can spread to all parts of the lung and often led to death until Hippocrates came up with a cure. It was common in both adults and children.

The principle of endoscopy is to look inside the body, and its earliest form was invented by Hippocrates. At the time, people were wary of this technique, but these days it is a common diagnostic tool used for early detection of illness and disease.

Epilepsy is a disorder of the nervous system and was documented by Hippocrates in his book On the Sacred Disease. People at that time thought that epilepsy was a supernatural disease without specific origin, but Hippocrates proposed that it was a physical ailment. He believed that the condition began with the formation of phlegm in the veins of the head and could lead to mental illness.

For some, epilepsy occurred at birth and others developed the condition later in life. Hippocrates noted that young children were prone to die from epilepsy.

The ancient Greeks described the condition as “sacred,” and Hippocrates believed that epilepsy proved that that brain could control the body. He also suggested that the brain was the eventual cause of death because the inability to breathe was caused by a blockage in the veins of the head. He observed that the main symptoms of epilepsy were shivering and a contraction of the brain.

10. Use of the Rectal Speculum and Other Instruments

The rectal speculum is a valuable diagnostic tool for doctors and was first used by Hippocrates to detect ailments inside the body. It is inserted through the anus and used to detect tumors and internal inflammation.

Hippocrates used many instruments like this to diagnose disease and taught his students how to use each instrument accurately and when to use it. He also invented instruments which could be used to perform surgery.

In all his books, Hippocrates talks about the importance of following a good diet such as eating foods containing chlorophyll, and other foodstuffs like wheatgrass, sprouts, and edible algae.

Today, we understand that lifestyle and poor diet can lead to disease, and many problems are caused by eating too much fat and sugar. Hippocrates first identified this when he made dietary recommendations in order to help people to stay fit and healthy. This advice is still valid today, as seen in his suggestion to eat food filled with chlorophyll, i.e. green vegetables.

Pneumonia is an inflammatory condition that affects the air passage or air sacs in the lungs. It is mainly caused by virus or bacteria. Hippocrates first pointed out the symptoms in children and called it a disease “named by the ancients.”

He recognized that in severe cases, it could lead to death, and many people died of pneumonia because they could not get the correct treatment. Now, pneumonia can be treated with modern medicine. 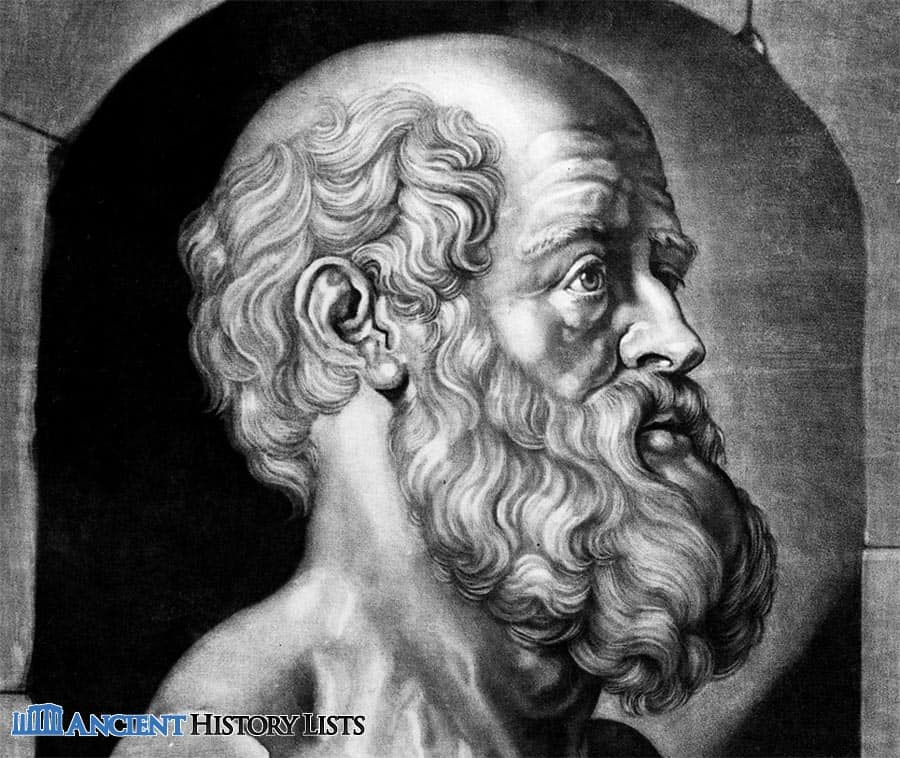 Hippocrates was the first to recognize that disease occurred naturally and was not due to supernatural influences. He was a disciple of Pythagoras and went on to have many followers of his own. Many of his findings still form the basis for modern medicine, not only in identifying symptoms but in developing treatments for disease as well. His writings were often the first to document common illnesses and their treatments, and many theories and surgical devices have been named after him.

He came from an asclepiadae, or medical family, and was exceptionally talented in this field; even Plato referred him as a wise physician. His aim was to cure people of disease, and many of his ideas and methods challenged the beliefs of the time. Hippocrates stressed the importance of first allowing the body to heal itself and only using medicine if that does not work. Amongst many, his cures were seen as a form of magic, saving lives which otherwise would have been lost. His Hippocratic oath still endures today.