The Athenian logician Plato (c. 428–347 BC) is a standout amongst ancient Greek philosophers, and his ideas have formed the basis of much Western ideology. He was a student of Socrates and he carried on many of Socrates’ teachings in his work. He established the Academy, thought to be the world’s first college, and in it he taught his most noteworthy student, Aristotle.

Plato was interested in the relationship between manmade and naturally occurring structures, and the impact this had on people and society. In his book, Republic, he explores the meaning of justice and asks the question: Is the just man happier than the unjust man? 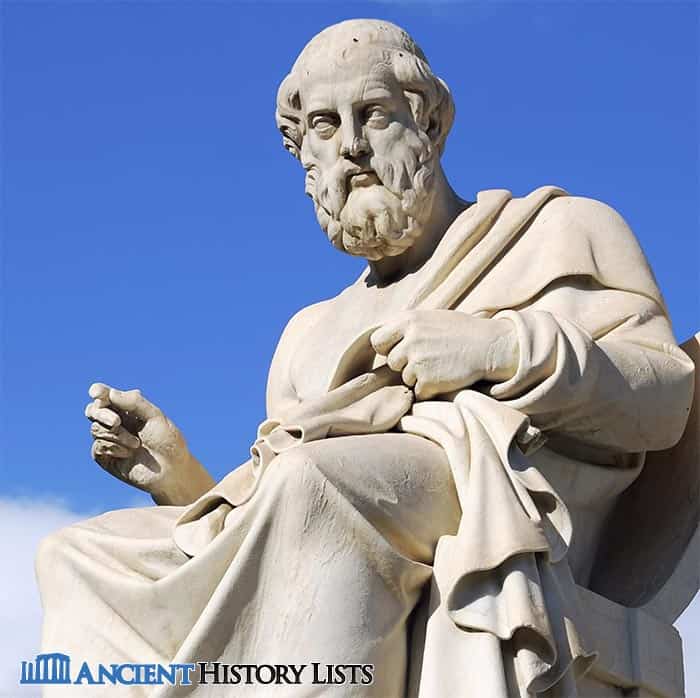 Here, we have listed the top 12 contributions of Plato:

1. Established the First University in Europe

In 399 BC, after Socrates was condemned to death, Plato left Athens. It is believed that he traveled extensively during this period and returned 12 years later in 387 BC. There is no record of the specific time that Plato’s school was established, but research suggests that it was around the mid-380s BC.

The Akademia or the Academy was established outside the city limits of old Athens and offered a wide range of subjects taught by experts in their field. The Academy was thought to be the principal college in Europe and attracted scholars such as Eudoxus of Cnidus and Theaetetus, both mathematicians, and Aristotle, the philosopher.

Plato knew that such an establishment would foster social advancement and a progressively steady government, and he presided over the Academy until his death in 347 BC. The Academy was destroyed in 86 BC after the attack on Athens by the Roman despot Sulla. Almost 500 years after this, in 410 AD, a restored Neoplatonic Academy was built as a center for Neoplatonism until 529 when it was shut down by the Christian emperor Justinian I, who believed that it was founded on agnosticism.

2. Insight into the Philosophical Teachings of Socrates 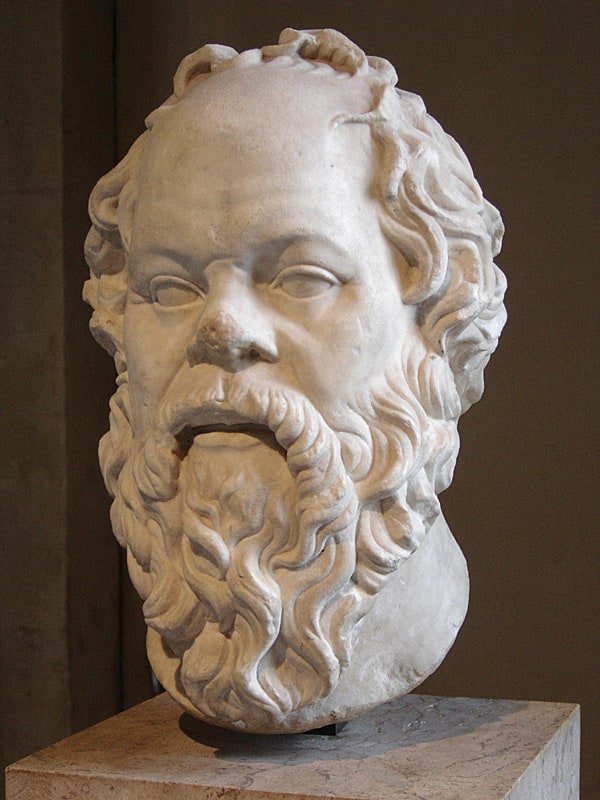 Socrates is credited as being one of the founders of Western philosophy. Even though Socrates was highly regarded in his time, he didn’t record any of his lessons, and his ideas are known only through the writings of his contemporaries such as Antisthenes and Aristippus, or his students such as Xenophon and Plato.

The “exchanges” or early writings of Plato appear to be directly acquired from Socrates. Plato’s teacher Socrates is, for the most part, the focal character in these works, with subjects normally revolving around Socrates’ dialogues. The most well-known of the Socratic dialogues is the Apology in which the character of Socrates defends his ideas against the charges of the Athenian court.

3. The Theory of Forms

The idea of structure is key to Plato’s philosophy and may be directly linked to the teachings of Socrates. The idea is that non-physical forms, or ideas, are the most accurate reality, and the marvels of the physical world are an imperfect reverberation of the ideal, perfect model that exists outside of reality.

In his work Republic, Plato demonstrates this theory of forms in a representation called “The Allegory of the Cave.”

4. Epistemology or Theory of Knowledge

Plato believed that genuine knowledge could be gained from the wider universe. For example, in his Socratic exchange Meno, Plato explains how a child can discover mathematical theories without prior knowledge of the world, reaching logical conclusions by asking questions and considering alternative responses. Plato claimed that this was possible due to the memory of past lives or through learning by examination instead of perception. He suggested that knowledge is intrinsically present in an individual’s spirit and has been concealed by their views and experiences of the real world.

Plato recognized the need for humans to work together in society for mutual benefit and profit. He believed that everyone had different skills and attributes, and these could be combined to meet the needs of the whole of society.

He stated that people could be divided into three main types:

Following on from the division of labor and the three main types of people in society, Plato was able to establish a political and economic model which worked for the benefit of all. In this society, people could work together for mutual gain, which would, in turn, lead to a prosperous and thriving political and economic structure.

In his work Symposium, Plato attempts to explain adoration and excellence. In this philosophical work, seven characters give addresses on the commendation of Eros, the divine force of affection and want. Plato investigates different perspectives through these characters. The character of Socrates talks about how men should begin with an attachment to a specific individual, which then leads to love and admiration of their physical and moral excellence. One should also adore an individual for their knowledge and, lastly, cherish and welcome their individuality. It is said that in this lies the first seeds of what we know as Platonic love; a sort of passionate and otherworldly camaraderie without a sexual element.

Plato says that poetry is inspired by dreams and isn’t discerning. in the Phaedrus, he talks favorably of this and of other sensations such as intoxication, sensuality, and imagination. In the Republic, Plato often objects to Homer’s verse, but in his Ion, the character of Socrates gives no trace of this criticism. The Ion proposes that Homer’s Iliad had a similar role in the ancient Greek world to the Bible today: It was inspired by the supernatural yet still performed the function of a moral discourse.

It might appear unusual that Plato, a devotee of Socrates and a logical thinker, should employ the art of storytelling and myth to explain his ideas. However, he made great use of this device.

Plato recognized that fantasy often depended on logical thinking and could lead to a clear understanding of a subject. He believed that while philosophical discourse was limited to just a few intellectuals, everyone could understand these arguments if they were presented as stories. Plato based some of his fantasies on old stories, some he adapted, and some he made up himself. 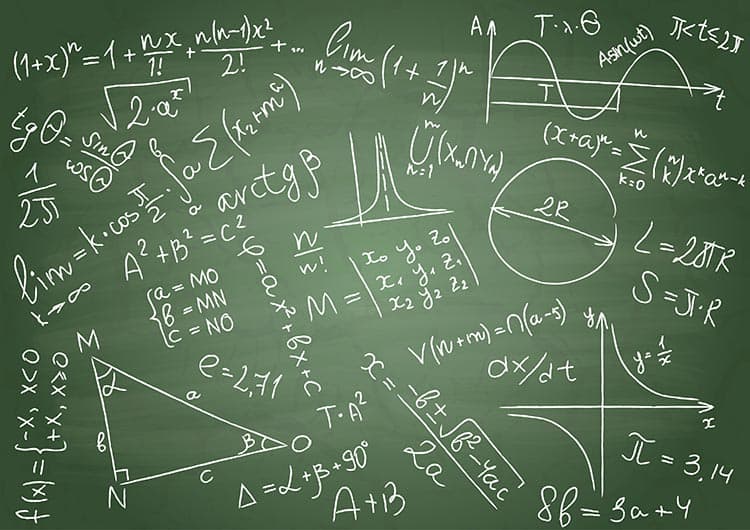 Although Plato is predominantly considered a philosopher, he was also one of ancient Greece’s most acclaimed scientists. Encouraged by Pythagoras, he established his Academy in Athens in 387 BC, where he focused on science as a method for exploring the real world. Specifically, he was persuaded that geometry was the way to understand the universe. The sign over the Academy entrance read: “Let nobody oblivious of geometry enter here.”

Plato played a vital role in encouraging the Greek intelligentsia to regard science as a theory. His Academy taught arithmetic as part of philosophy, as Pythagoras had done, and the first 10 years of a course at the Academy included the study of geometry, astronomy, and music. Plato has been described as the “producer of mathematicians,” and his Academy boasted some the most conspicuous mathematicians of the ancient world such as Eudoxus, Theaetetus, and Archytas.

Plato’s commitment to logic and reasoning was profound, and he used the strategy of discourse to explore philosophical ideas. The majority of Plato’s discourses took the form of exchanges between Socrates and various other characters. These characters argue and disagree with one another, and Plato used these exchanges of different viewpoints to set ideas and thoughts against one another, allowing the best ideas to rise to the surface. This technique guaranteed a thorough examination of each idea and is still used in philosophical discourse today.

In Laws, Plato’s final work, the philosopher returns to the subject of society. In contrast to the Republic, Laws concerned itself less with defining the ideal state, and more with planning a practical, if imperfect, system of government.

The characters in Laws worry about the experimental subtleties of statecraft, forming standards to meet the vast number of possibilities that could arise from “the present reality” of human problems. A huge and intricate work running to some 345 Stephanus pages, Laws remained incomplete at Plato’s death. The biographer Diogenes Laertius tells how it was left unfinished and written on wax tablets.

Plato’s Timaeus is famous for documenting the creation of the universe by the demiurge. In contrast to the medieval creation stories, Plato’s demiurge does not make the universe out of nothing but creates it from essential matter similar to eternal forms. Plato takes the four elements – fire, air, water, and earth – and states that these are combined into what he calls the “body of the universe.” Out of all of Plato’s works, the Timaeus deals most directly with what we regard as the essential sciences such as material science, space science, etc.