Socrates (c. 469–399 BC) is known as one of the founders of Western philosophy, yet very few records survive about his life and work. Of the few records we have, many refer to his rational thinking and the important discoveries he made such as epistemology. He gave his name to the famous Socratic method of questioning, also known as elenchus.

Perhaps the most famous quote by Socrates is, “The one thing I know is that I know nothing.” 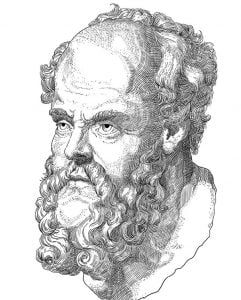 Socrates’ most important contribution to Western philosophy was his technique for arguing a point, known as the Socratic technique, which he applied to many things such as truth and justice. This is described in Plato’s “Socratic dialogues.” An issue would be divided up into a series of questions, the responses to which progressively led to the desired outcome.

The Socratic technique is a negative strategy for gradually disproving unwanted theories, leaving you with the most logical one. It aims to make the individual examine their own beliefs and challenge the legitimacy of such convictions.

The importance of this strategy cannot be understated and has led to Socrates earning the title of the “father of political philosophy, morality, and good logic.” The Socratic technique is frequently regarded as an essential part of the American legal system. 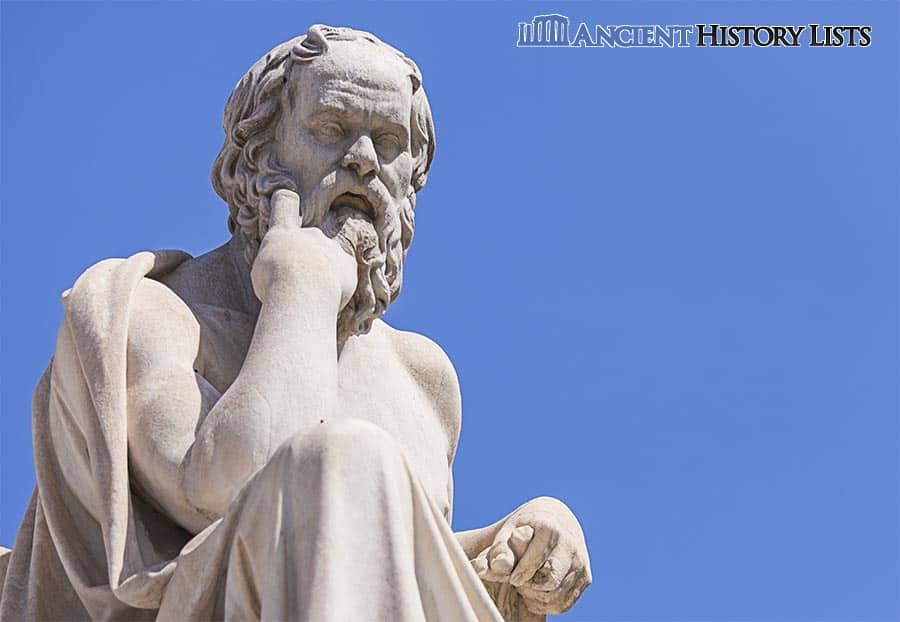 The beliefs of Socrates, separate from those of Plato, are hard to define as little in the way of solid proof exists to separate the two. The vast majority of Plato’s “exchanges” might be simply the thoughts of Socrates reinterpreted by Plato, and several researchers think Plato adapted the Socratic style to make Socrates and the other characters difficult to recognize. Others contend that he had his own hypotheses and beliefs.

It is therefore difficult to isolate Socrates and his work from that of Plato and necessary to always keep in mind that the work of Socrates could actually be attributable to Plato and vice versa. The issue is further confounded because Socrates was famous for posing questions and not supplying an answer, preferring others to form their own conclusions. 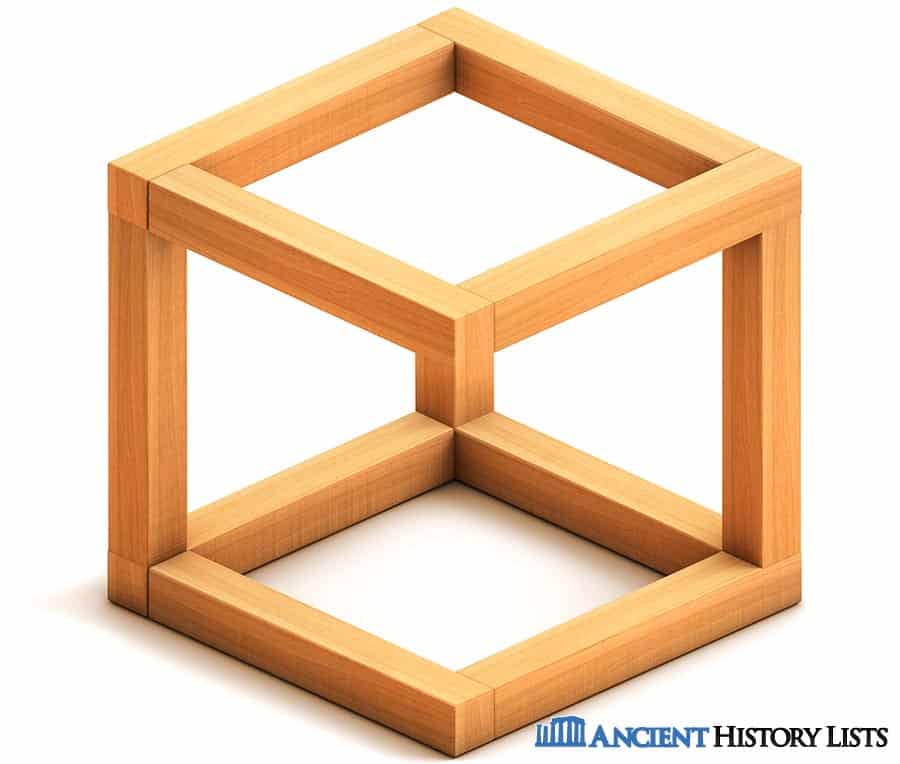 A significant number of the beliefs generally credited to Socrates are deliberately confusing because they present ideas which, at first, appear contradictory. These are called paradoxes. The most famous paradox is: “I know that I know nothing“.

The expression “catch 22” can be applied to all of Socrates’ paradoxes, as problems which cannot be easily solved as they do not have an obvious answer.

The paradox “I know that I know nothing” is introduced in Plato’s Apology and is an indication of Socrates’ self-awareness, as he professes to his own lack of knowledge. Socrates believed that in order to come to a conclusion, a person needed to approach it with “thought, sense, judgment, viable knowledge, [and] prudence.” He also believed that bad behavior was the result of ignorance, and those who made mistakes did so because they knew no better.

The one thing Socrates did profess to know about was “the specialty of affection.” This is related to the word erôtan, which means to ask questions, showing that Socrates linked the ideas of love and posing questions about it.

He does profess to be insightful during Apology, in which he says he is shrewd “in the restricted feeling of having human wisdom.” Socrates generally doubted that people, as opposed to the gods, could attain true knowledge. On the one hand, he said there was a line between human ignorance and perfect learning; on the other, he shows a strategy for attaining knowledge through Diotima’s speech in Plato’s Symposium and in the Allegory of the Cave in Republic.

Socrates believed that people should strive for goodness rather than material interests such as wealth. He encouraged others to focus more on companionship and making connections with other people because he felt this was the ideal path for individuals to come together as a group. He bears this idea out when he calmly accepts his own death sentence. Rather than fleeing to live a life alone and in exile, he accepts his punishment from society for going against the general beliefs of the population.

Socrates focused on ethics and morality in many of his teachings. These ideals spoke to the essential characteristics that an individual should possess, chief of which were philosophical or scholarly excellence. He stated that “the unexamined life does not merit living [and] moral temperance is the main thing that matters.”

Socrates’ resistance to the vote-based system is often disputed, and the question is frequently posed during philosophical discussions when trying to establish exactly what Socrates did and did not believe. The most compelling evidence that Socrates did not believe in democracy is in Plato’s Republic, although this is generally viewed as a second-hand account through the “exchanges.” In Plato’s Apology, Socrates is seen not to pursue regular legislative issues, frequently expressing that he could not advise individuals how to experience their lives when he didn’t yet see how to experience his own.

Socrates’ thoughts on democracy are one of the topics underscored in the 2008 play Socrates on Trial by Andrew David Irvine. Irvine contends that as a direct result of his belief in Athenian majority rule, Socrates was happy to acknowledge the decision of his fellow citizens. As Irvine puts it: “Amid a period of war and incredible social and scholarly change, Socrates felt constrained to express his perspectives straightforwardly, paying little attention to the results. Subsequently, he is remembered today not just for his sharp mind and high moral principles, but also for his steadfastness to the view that in a vote-based system, the ideal path is for a man to serve himself, his companions, and his city – notwithstanding amid times of war – by being faithful to, and by talking freely about the truth.”

7. Better to Suffer an Injustice than to Commit One

Socrates angers Polus with the argument that it is better to suffer an injustice than to commit one. Polus argues that while it is bad to commit an injustice, it is worse to suffer one. Socrates contends that one bad deed will lead to another, much worse one, and this is bad for a person’s soul. Doing a bad deed undermines the spirit, and therefore it is the worst offence an individual can commit against him or herself. Socrates goes on to say that if you do commit a crime against another, it is better to seek punishment than evade it because punishment will cleanse or purify the spirit. 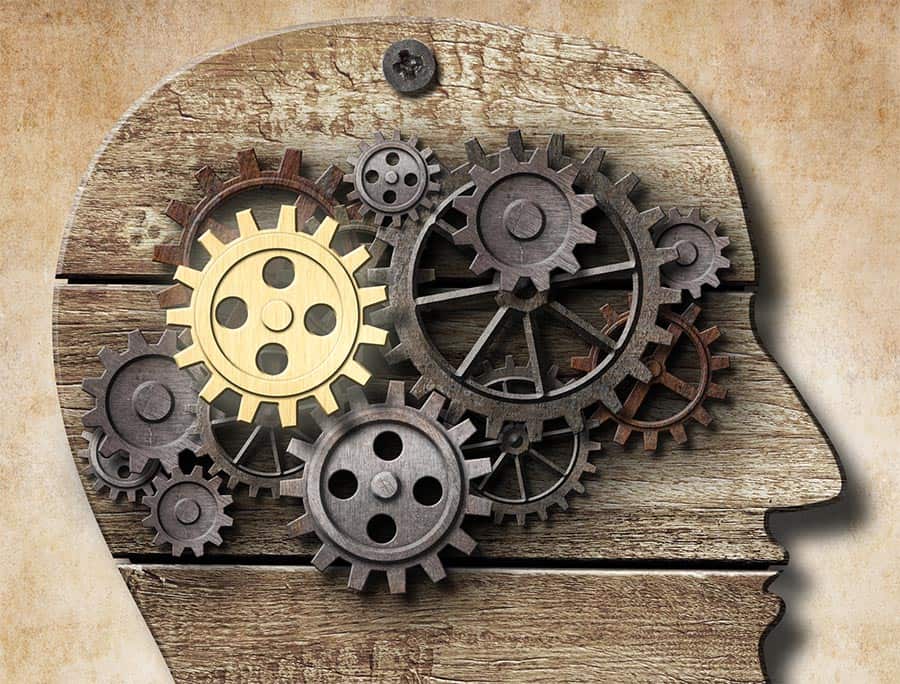 The idea of human knowledge is a crucial theme in Apology, although it may not have been fully resolved. Socrates’ human wisdom before Apollo’s prophet is called into doubt by his affirmation that he was not knowledgeable by any means, claiming that human understanding can only go as far as “philosophy.” Socrates did demonstrate human understanding before the prophet because he epitomized knowledge, even though he didn’t realize that he did. This assertion is confirmed by the challenges set in the Apology, specifically the question: Why did Socrates keep on looking for knowledge that he thought was difficult to acquire?

The craft of Socratic debate is associated with basic reasoning because the ability to debate a subject requires considered thought and reasoning. Socrates believed in the need to examine the learning process itself and to work out how to go about it. Basic and intelligent reasoning centers around what ought to be accepted or done about a topic. Socratic debate adds the extra dimension of thought to basic reasoning by concentrating on profundity and argument, and examining the reality or authenticity of thought. Socrates contended that an absence of information isn’t necessarily bad, and students must try to understand what they don’t know through the process of reasoning and basic thinking.

Basic reasoning and Socratic debate both look for significance and truth. Basic reasoning allows a person to screen, evaluate, and maybe reconstitute or re-direct their reasoning. Instructive reformer John Dewey defined this as an intelligent request “in which the scholar turns a subject over in the psyche, giving it genuine and back-to-back consideration.” Socratic debate allows an individual to engage in self-coordinated, restrained enquiry to accomplish that objective.

Socrates’ emphasis on morality had a definite aim. He expected philosophy to prompt a change in the state of mind and critical activities of individuals, which would have a wider impact on the world.

We often only see Socrates through the eyes of others, but both his companions (like Plato and Xenophon) and adversaries (like Aristophanes) concur that he thought an individual could affect society in general by their decisions. He also believed that this theory was applicable in our day-to-day lives. Socrates’ central question “What should we do?” can be used in any circumstance where a decision needs to be made, and it is universally applicable.

Socratic irony is a process used in the Socratic teaching method. It involves a person assuming a position of ignorance in order to encourage others to make statements that can then be challenged. In this way, Socrates could claim that his opponents were knowledgeable and play down his own insight by pretending that he did not know the answer to the question raised.

Socrates found that often a person would concern him or herself with thoughts about money, fame, or appearance, and disregard the spirit. He believed that the task set for him by the gods was to remind people of the importance of the soul or spirit. He argued that wealth does not bring about greatness, but being a good citizen leads to riches for all.

Socrates believed that care of the soul should apply to the whole city of Athens and that the gods offered him to the city as a blessing and to help improve it. He therefore argued that this proved that he was not working against the gods, but for them. Socrates compared himself to a horsefly constantly trying to awaken the sleepy city and rouse it to action. He believed that without philosophical debate, the majority rule government would end up stale, self-satisfied, and in danger of causing harm to itself and the people.

Socrates considered it his duty to confront and challenge people so that they could begin to inspect themselves.

2 thoughts on “Top 12 Contributions of Socrates”