According to legend, Rome was founded in 753 BC by Romulus and Remus and eventually became the largest empire of the ancient era with a population of 50 to 80 million. It started as an Iron Age hunting village in the middle of the eighth century BC and expanded to cover 6.5 million square kilometers. Its civilization shifted from a monarchy to a classical republic with an increasingly autocratic system of rule during its 12 centuries of existence. Roman history has been divided into three different eras: Before the rise of Rome, the Roman Republic, and the Roman Empire. In this list, most of the important events that occurred in Roman history (BC) have been covered:

Contents show
10. The Roman Empire Began in 753 BC
9. Rome Became a Republic in 509 BC
8. The Law of the Twelve Tables in 449 BC
7. Hannibal Invades Italy in 218 BC
6. The City of Rome Expelled All Non-Roman Citizens (except Slaves) in 98 BC
5. Rome Introduces the Gold Coin, the Aureus, in 50 BC
4. Julius Caesar Becomes the First Dictator of Rome in 45 BC
3. Julius Caesar Was Assassinated in 44 BC
2. The Roman Empire Began in 27 BC
1. Augustus Ended Pontifex Maximus in 12 BC
Conclusion 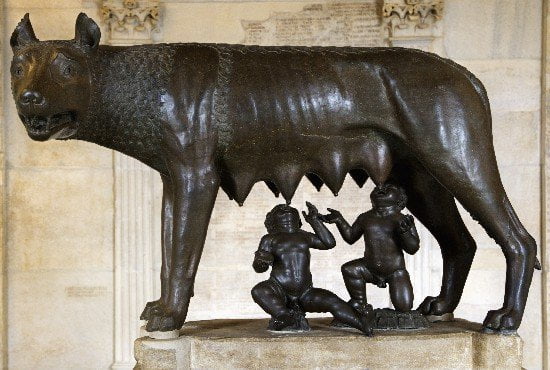 It is said that twin brothers Romulus and Remus were abandoned by their parents and tossed into the river Tiber. The basket they were in ran aground and was found by a mother wolf. The wolf took care of both babies for a while before they were found by a shepherd. The shepherd adopted the two babies. When they reached adulthood, they decided to found a city in the place where they were first found by the wolf. There was disagreement between Romulus and Remus about the location of the city, and Romulus killed Remus and named the city of Rome after himself. Archaeology gives us an idea of what life was like in the region before Rome was founded. 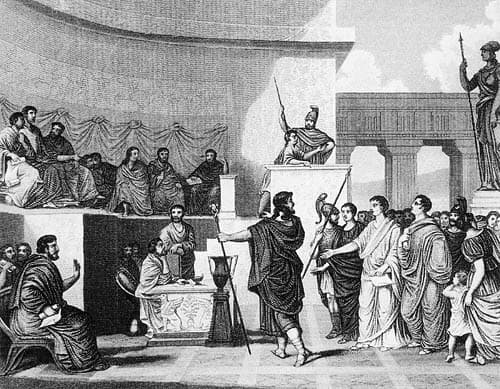 At the beginning, Rome was ruled by a king and it grew steadily until in 509 BC the Romans formed a new structure of government – the republic. Over the centuries, other countries have modelled themselves on this Roman structure. The Roman Republic began when the Romans overthrew their Etruscan conquerors who had ruled Rome for hundreds of years. They set up a new system of government which allowed the citizens to select representatives to rule on their behalf. The citizens of Rome differentiated themselves from non-citizens and slaves by wearing a toga, and this class of citizen had many levels of privilege and social class within it.

Hannibal was a Carthaginian military commander who was known as one of the best and most talented commanders in history. After the First Punic War there was a temporary peace between Carthage and the Romans as both economies were dependent on the Mediterranean Sea as a commercial trading route from Eastern countries like Greece and Lebanon. After the death of Hannibal’s father, Hamilcar, Hannibal came to power and he spent years preparing to defeat the Romans. During the first engagement, Hannibal’s cavalry won a victory over Scipio’s forces near the Ticinus river, followed by a victory at the Battle of the Trebia. Hannibal planned to control northern Italy and the Romans withdraw all its forces from central Italy to prepare for Hannibal’s attack. After almost 15 years of fighting, Hannibal was forced to retreat from Italy.

6. The City of Rome Expelled All Non-Roman Citizens (except Slaves) in 98 BC 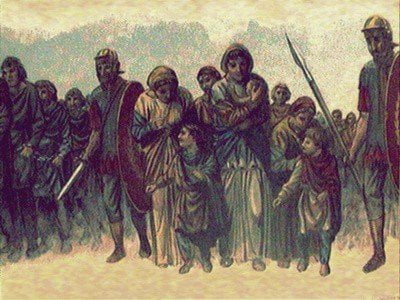 There was a dramatic point in Roman history when non-Romans were no longer allowed to stay in Rome, and all non-Romans except slaves were expelled from the city.

5. Rome Introduces the Gold Coin, the Aureus, in 50 BC 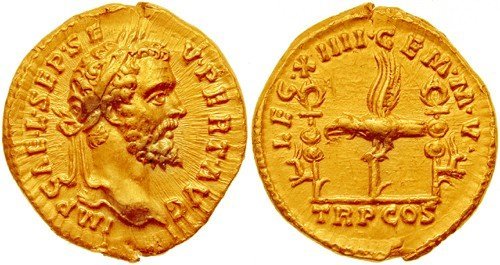 Rome introduced its first gold coin in 50 BC called the “aureus” which was valued at 25 silver denarii. The aureus was used in trading from the first century BC to the fourth century AD until it was replaced by the “solidus.” The aureus was the same size as the denarius but a little heavier due to its higher density of gold.

4. Julius Caesar Becomes the First Dictator of Rome in 45 BC

Gaius Julius Caesar was born on 12 July, 100 BC in Rome. He is considered the greatest military strategist and most brilliant politician of all time. Caesar conquered the Gauls in 51 BC and was the first Roman general to build a bridge across the Rhine and begin the invasion of Britain. This achievement afforded Caesar supreme military power. He implemented government reforms and Roman society overthrew the existing government and proclaimed Caesar as Rome’s dictator.

3. Julius Caesar Was Assassinated in 44 BC 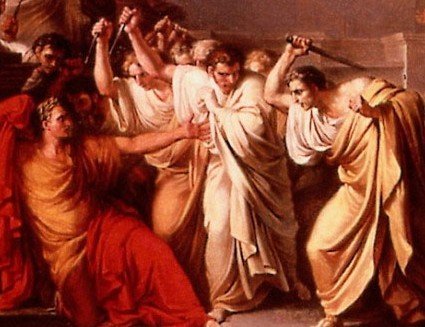 Julius Caesar was assassinated on March 15, the festival day of Ides of March, in 44 BC by his own senators. The plan was led by Gaius Cassius Longinus and Marcus Junius Brutus. They stabbed Caesar next to the theater of Pompey.

Roman civilization had already changed drastically by this point. Gaius Octavian Thurinus (Julius Caesar’s nephew) became the first emperor of Rome and took the name Augustus Caesar. Although Julius Caesar ruled Rome as the emperor for a while, he was never considered emperor, taking the title of dictator instead. Augustus ruled the Roman Empire from 31 BC to 14 BC. During his reign, he brought about many remarkable changes in Rome and the Roman Empire enjoyed stability and prosperity during its first two centuries. This time was known as Pax Romana or “Roman Peace.”

1. Augustus Ended Pontifex Maximus in 12 BC 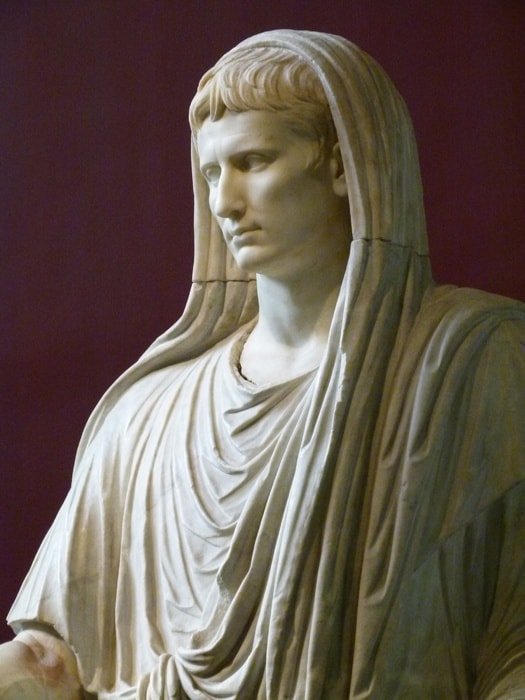 Pontifex Maximus was the highest religious post in ancient Rome. It was only open to patricians until 254 BC, but later plebeians started occupying the post and it became more politicized. When Augustus consolidated power, he had the right to appoint other pontifices, but by ending this tradition, the new emperor was given religious supremacy and responsibility for the entire Roman state.