The Epic of Gilgamesh stands out as one of the earliest-known pieces of writings in human history. It is an epic poem which narrates the story of the life of a man named Gilgamesh. Gilgamesh was the King of Uruk, a majestic Sumerian city that is located in present-day Iraq. This historic piece of poetic literature actually predates Homer’s earliest writings by 1,500 years. For this reason, many historians have put it as the oldest remaining remnant of an epic in the history of Western literature. Starting off by introducing the powerful character of Gilgamesh, the epic takes the lead characters on an adventure where they learn about life, death, and friendship. Here is a list of 10 interesting points to summarize the Epic of Gilgamesh:

10. Epic of Gilgamesh: The Prelude 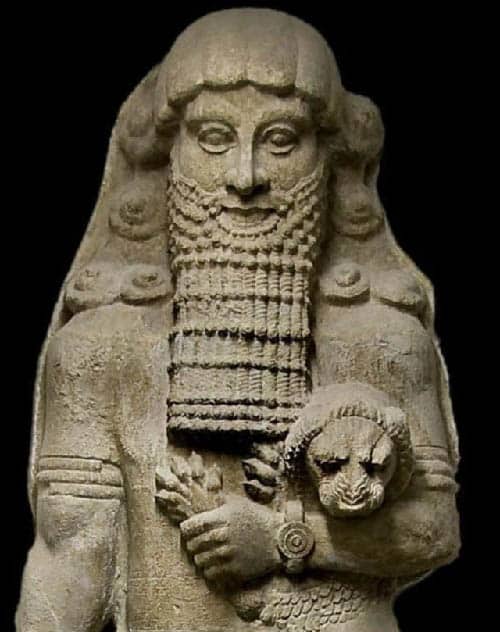 The prelude to the Epic of Gilgamesh primarily revolves around the introduction of Gilgamesh, the King of Uruk, and the subsequent events that shape his journey. Born two-thirds god and one-third man, Gilgamesh had formidable strength and an intimidating yet appealing physique. In early excerpts, he is portrayed as a wise man, building magnificent temples and towers in his Sumerian city, surrounded by high walls. But as he realized his might was beyond that of ordinary humans, he soon became a cruel tyrant. He began abusing his people, raping any woman he had his eye on and forcing people to work on his personal construction projects.

To curb Gilgamesh’s behavior, the gods created an equally powerful being named Enkidu to fight him. They ended up becoming great friends, so much so that Gilgamesh was devastated when Enkidu died of an illness inflicted by the gods. Unable to grasp the concept that death is a real possibility even for the likes of him, he embarks on a journey to the edge of the world. On his way, he learns about things beyond the scope of his kingdom and records his knowledge on stone tablets. These tablets represent the different life lessons in the Epic of Gilgamesh. 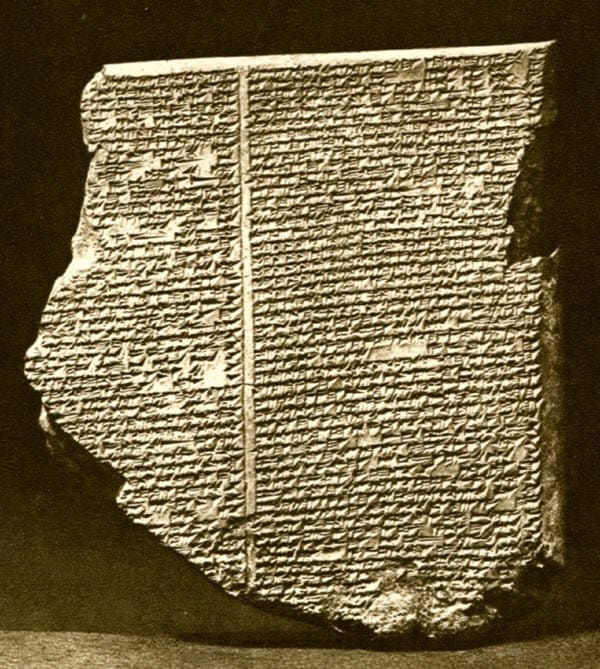 Citing the earliest examples of the Epic of Gilgamesh, and if the myths around Gilgamesh are to be believed, the epic stood right at the top of the great literary masterpieces of ancient times. It is without doubt a gem in the history of cuneiform literature, a writing system developed by the ancient Sumerians themselves around 3500 to 3000 BC.

Archaeologists are yet to discover any actual evidence that could date the epic back to its time of origin, but multiple copies of certain snippets of the epic have been found in modern-day Israel, Syria, and Turkey. Furthermore, the main character Gilgamesh is mentioned throughout ancient Greek and Roman literature.

There are a few surviving cuneiform tablets depicting the epic, and these older stone tablets showcase the Babylonian version which dates back well into the second millennium BC. It is only two-thirds complete and presents the story of Gilgamesh in a different light. Then there is the Akkadian version from the early 13th to the 10th century BC. It wasn’t until the seventh century AD that contemporary historians found the best-preserved copies in the ruins of the Assyrian king Ashurbanipal’s library. 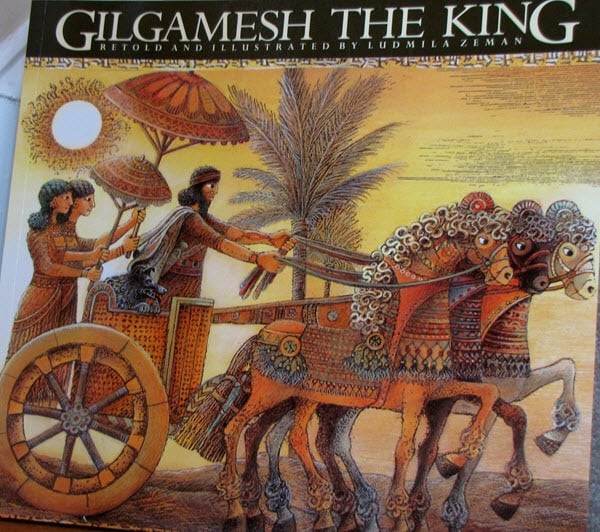 Gilgamesh is also known as Bilgames in Sumerian and Gilgamos in Greek and was part god, part man. He was the fifth king of the Sumerian city of Uruk. His life and deeds were so influential that many myths grew up around his achievements among subsequent generations of Sumerians. These myths and stories finally culminated in the Epic of Gilgamesh. The epic describes him as a fierce warrior and audacious architect. Despite having his entire kingdom at his mercy, his kingship was marred by his outrageous antics. He took part in ceaseless battles, forced his people to construct endless projects, and raped any woman he fancied.

It was only when he befriended an equally powerful being, Enkidu, that his atrocities began to calm down. In Enkidu, he found a true friend and brother – someone he could trust with his life and confide his biggest fears to. So, when Enkidu died, he had a sudden, horrifying realization that death is a destiny he could not escape either. Still grieving for his friend, he sets out on a quest to learn the secret of eternal life, abandoning all his glory and power as a king. By the end of his quest, he finds that true harmony lies in accepting how ephemeral life can be. His happiness depends on how he chooses to reconcile himself with this truth. He then returns to his kingdom with a promise to be a better king and use his divine skills for the greater good. 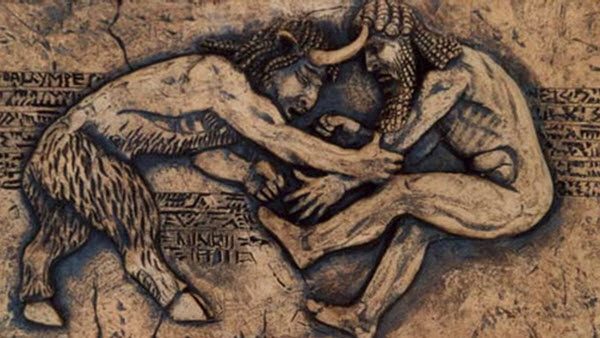 To counter the ever-growing menace that Gilgamesh was presenting to his people, the gods made Enkidu from water and clay to be equal to Gilgamesh in terms of might and power. But unlike the King of Uruk, Enkidu’s early days were spent in the wild, his instincts and lifestyle influenced by the wild animals that raised him. For a long time, he remained completely isolated from the civilized world, but gradually his interactions with humans became more regular as he would free animals trapped by hunters. Eventually, he abandoned his life in the wild and headed for the city of Uruk.

It is said that on reaching Uruk, Enkidu wrestled with Gilgamesh as a test of strength. But soon, they become good friends, so much so that Gilgamesh soon regarded him as a brother and equal, and a part of his conscience. In a way, Enkidu does fulfill the purpose of his creation by reducing Gilgamesh’s atrocities with his friendship. As a true brother in arms, Enkidu inspires the King of Uruk to become the perfect leader he could once have been. However, things take a desperate turn when Enkidu, together with Gilgamesh, slays the god of the earth Enlil’s servant, Humbaba. He faces the wrath of Ishtar and is struck down with an illness that slowly poisons his body, ultimately leading to his death. 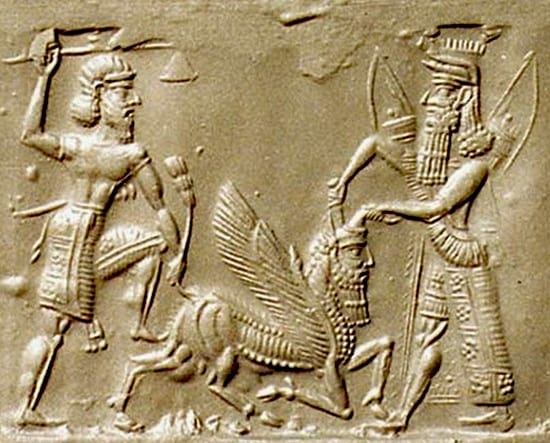 Long before the time of Gilgamesh, Utnapishtim ruled as the king and high priest of the city of Shuruppak. He was chosen by the god Enki to abandon all his possessions and create a giant ship so as to survive the impending great flood that would wipe out all plants, animals, and humans. One can see obvious similarities between Utnapishtim’s life and the story of Noah’s Ark. Regardless of the moral dilemma of having to leave his neighbors and friends to die, Utnapishtim loyally completed the task set him by Enki. He and his wife were granted immortality and a place among the gods.

In his sorrow over the death of Enkidu, and the fear of the inevitable death that awaited him, Gilgamesh was keen to find Utnapishtim. He believed that since Utnapishtim was given eternal life by the gods, he would be able to guide him to immortality as well. When they finally met, Utnapishtim tried to convince Gilgamesh to abandon his quest and live a happy life as a mortal. But he also told him about a magical plant that could possibly help him gain eternal life.

5. Siduri, Tavern-Keeper of the Underworld

In his pursuit of Utnapishtim, at one point on his journey, Gilgamesh ended up at the gates of the underworld. This is where he met Siduri, a tavern-keeper in the underworld. Different versions of the epic give different accounts of the interaction between Siduri and Gilgamesh. Also known as the goddess of winemaking and brewing, Siduri is rather alarmed when Gilgamesh threatens to smash the tavern into pieces if she doesn’t help him in his quest.

In the beginning, Siduri tries her best to talk Gilgamesh out of his search for eternal life, a quest that she considered a fool’s errand. Ultimately, she sends him to Urshanabi, the boatman, whose help was essential for him to succeed in his search. 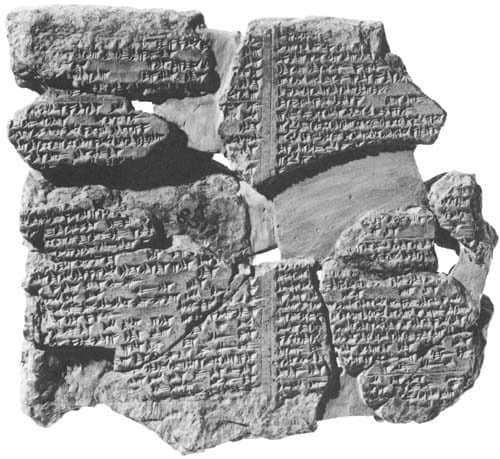 Also referred to as the “earlier” or “older” version, this version is found on the oldest cuneiform tablets inscribed with details of the epic. Dating as far back as 2000 to 1500 BC, the Old Babylonian version of the epic is, however, considered incomplete with some of its tablets missing and the discovered ones having definite gaps in their narration. Historians actually believe that the epic could date back even further than this version. Altogether, there are eight different tablets in the Old Babylonian version. Each tablet takes its name from its current location or from its place of discovery. 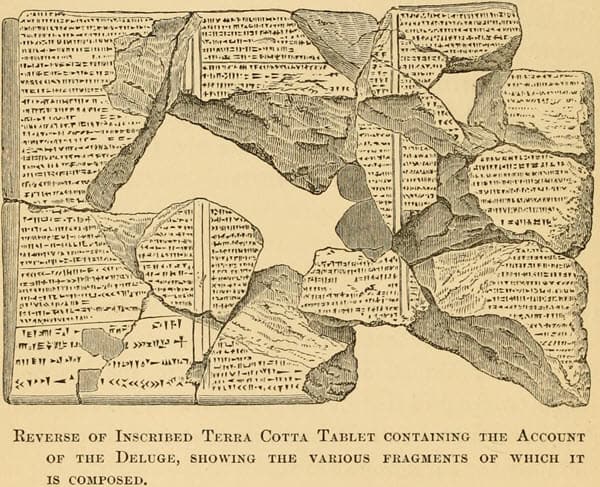 This is by far the more popular and well-preserved version, composed by Sin-liqe-unninni somewhere between 1300 and 1000 BC in contemporary Mesopotamia. It was discovered by Hormuzd Rassam in the ruins of the library of Ashurbanipal in Nineveh. The standard Akkadian and Old Babylonian versions have two different and distinct opening phrases. In cuneiform texts, these opening words are known as “incipit.” The incipit in the Old Babylonian version opens with the words Surpassing all other kings whereas in the standard version it says: He who saw the deep. In the second phrase, the word “deep” is translated from the Akkadian word nagbu which linguists have interpreted as having the meaning “unknown mysteries.”

The standard Akkadian version consists of 11 tablets that map the entire story of Gilgamesh from his birth to his friendship with Enkidu and then his eventual journey in search of eternal life. The final tablet concludes the epic by retelling how Gilgamesh attains the knowledge to worship the gods and decides to live the rest of his life virtuously as a wise king. A 12th tablet was added to the Akkadian version at a later date as a sequel to the original 11 tablets. 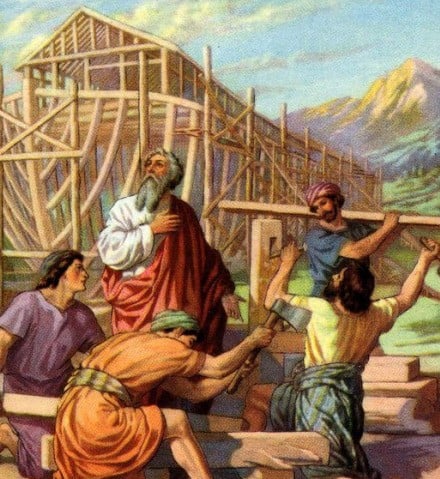 The Epic of Gilgamesh and the Hebrew Bible have strikingly similar themes and storylines. Perhaps the best-known event that occurs across the two narratives is the flood story. The epic’s flood story pans out almost exactly like the tale of Noah’s ark in the Bible.

The similarities don’t end there. Events from the epic’s ark story are very close to episodes in the Bible’s Genesis, such as the serpent who misses his chance of grabbing the plant of eternal life and Gilgamesh’s ultimate realization that mortal life can be meaningful only if he truly accepts his humanity. That being said, there are differences in the stories as well. For example, in the Bible, Noah takes 100 years to build the ark whereas, in the epic, Utnapishtim had only seven days to complete it. Similarly, where it rained non-stop for 40 days in the Bible, it only rained for seven days in the epic.

1. Epic of Gilgamesh: Influences in Art and Literature 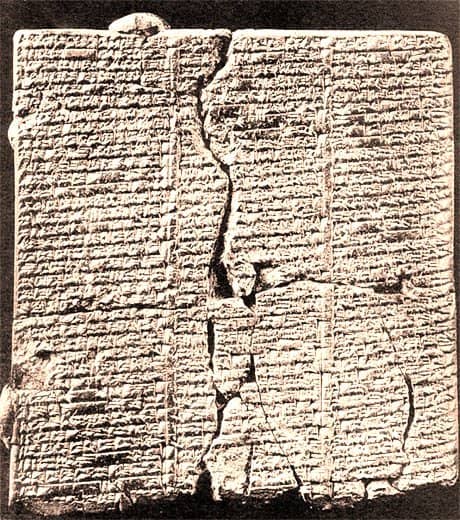 The Epic of Gilgamesh is now regarded as one of the oldest masterpieces of cuneiform literature, slowly gaining recognition and popularity. Over time, it has been through multiple adaptations and retellings by subsequent generations. Since it contains the universally appealing themes of friendship, mortality, and the nature of the gods, the epic has had a huge influence in shaping the literature of subsequent cultures.

Ancient Greek epics by the likes of Homer such as The Odyssey and The Iliad have clear similarities to the various episodes in the Epic of Gilgamesh. In the modern era, the epic gained a far wider audience during the post-World War I period. By the time the Second World War ended, it was already being featured in various genres of art and literature.

The rich history of the Epic of Gilgamesh puts its legacy beyond that of a simple archaeological artefact. Yes, the epic has its fair share of bizarre twists and rather unusual theories on the creation of the universe. It has also been retold and reshaped countless times which might have significantly altered the original storyline. Despite all this, the tale of the epic remains mesmerizing, be that in terms of the monumental adventure Gilgamesh sets out on or in terms of the powerful message the epic delivers to its readers.