Ancient Sumer was located in the southernmost region of Mesopotamia, and the civilization lasted for approximately 1,500 years from 5500 to 4000 BC. Its people were commonly referred to as the “black-headed people.” Sumer was a collection of city-states, each one operating independently.

Its society had a distinct class structure of kings, nobles, priests, and commoners. The upper classes lived in large palaces while the poor made do with thatched huts and struggled for survival.

As the Sumerian civilization was one of the first of its kind, the customs, beliefs, and practices they introduced provided a blueprint for all subsequent cultures. It is no surprise, therefore, that it became known as the “cradle of civilization.”

1. The Oldest City in the World 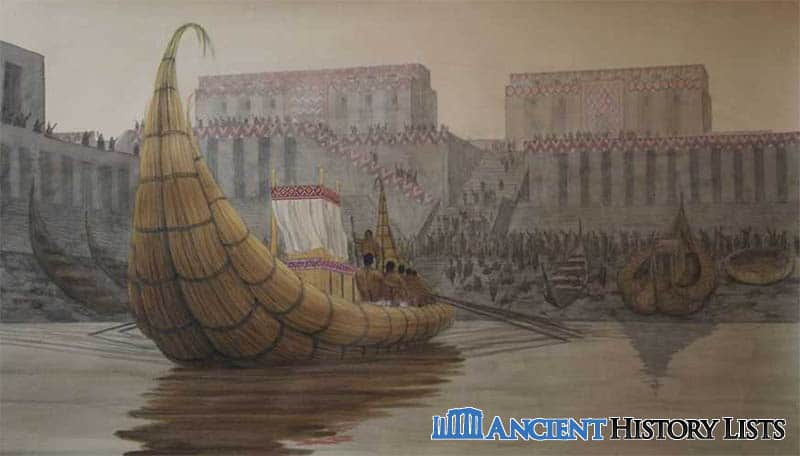 The Sumerian city of Eridu in Mesopotamia is believed to have been the first urban civilization. The city was established on the Persian Gulf in 5400 BC in southern Mesopotamia, and its citizens embraced all the culture and traditions of the Sumerian way of life. As with all Sumerian cities, it had an autonomous government with its own ruler.

The Sumerians married with the consent of their parents, and approval of a marriage contract was recorded on clay tablets. Marriage was legalized only after the groom had delivered a bridal gift to his father-in-law. The groom and father-in-law would then agree on a price to be paid when the marriage took place. In cases where the couple remained childless, the husband would pick up the cost, but if the marriage ended in divorce, the father-in-law would have to pay. If the husband died, the wife had the option of marrying her husband’s brothers. If this did not take place, then the gifts received in marriage would be returned. 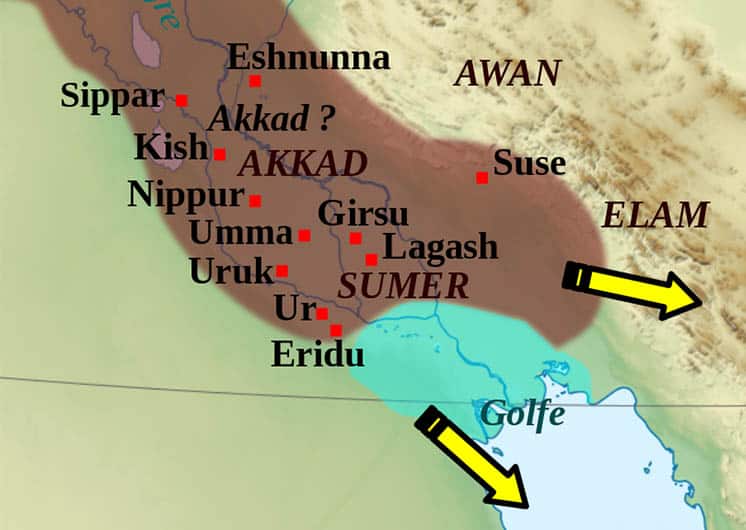 Despite their bonds, many Sumerian states were at war with each other and with the Akkadian cities to the north. Most of these disputes were over land, water, and natural resources, with the most significant battles between Sumer and Akkad. After years of fighting, Eannatum emerged as the victor, and he commemorated his victory by constructing a new monument which showed his rivals being eaten by birds. The Akkadians then ruled over Sumer for more than 100 years.

Invention and innovation quickly gained pace in ancient Sumer. There were great advances in pottery, law, literature, writing, and the brewing of beer. The techniques for brewing are still a mystery, but it is known that barley was the main ingredient as it was widely available at the time. Beer provided a source of pleasure and relief from everyday life, and the people even had a goddess of beer called Ninkasi.

The high price of beer was a reflection of its quality, and because it was in huge demand, there was often a shortage amongst less well-off citizens. Beer production was stopped for a long period, but demand was so high that it was eventually reintroduced.

The language spoken in Sumer was a Semitic language split into Sumerian and Akkadian. The two languages caused division within the population, and eventually Akkadian took over, even though Sumerian persisted in many regions. The Sumerian language was mainly a spoken language, but the Akkadian language was widely used in writing as well.

A scarcity of wood, stone and other minerals led to an extensive trade network, with one of Sumer’s main trading partners being Dilmun. Merchants also traveled as far afield as Oman, Anatolia, and Afghanistan for gold, copper, precious stones, and other essential minerals. This travel boosted their social, economic, and physical development. They also traded domestically extracted minerals which were used in jewelry-making and were a good source of income. Imported goods were put to use at home, providing local employment opportunities and the chance for manufacturers and craftsmen to develop their skills. As trade increased, each city began collecting taxes and developed a system of recording transactions.

The Sumerian King List (SKL) is a great source of information about the kings and their reigns. The list divided Sumer’s history into two parts: pre-flood and post-flood. It was found that the pre-flood rulers generally had longer reigns over Sumer than the post-flood rulers.

Kubala was a female Sumerian ruler and had a strong influence over the long-term development of the civilization. Gilgamesh, the hero of the Epic of Gilgamesh was also believed to be a part of the SKL, and it is thought that Uruk’s massive defensive walls were built during his long reign. Gilgamesh was also considered to be a deity, and he is mentioned often in the clay tablets and cuneiform records of the time. 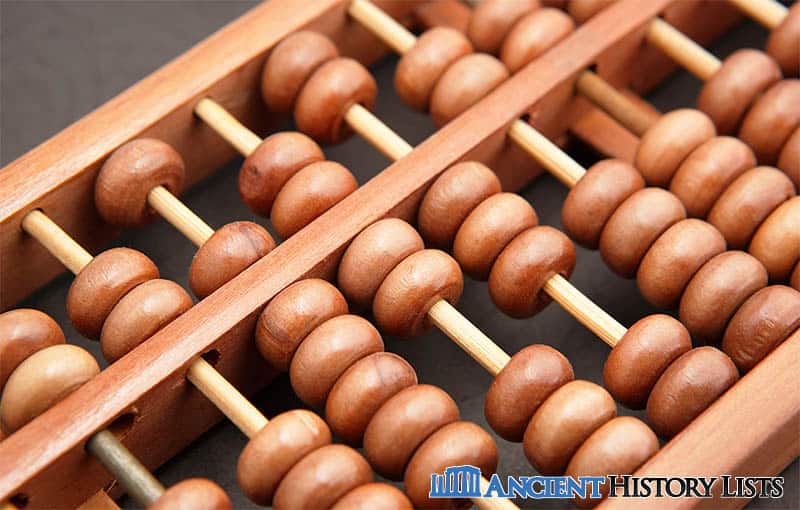 Today, mathematics is based on a decimal system of 10, but the Sumerians had a base-60 system known as the sexagesimal system. While this system is now obsolete, it can still be seen in the way we measure hours, minutes, and angles.

Other significant Sumerian mathematical discoveries were the abacus, the place-value numeral system, and calculating the area of a triangle and the volume of a cube. The abacus was a very important invention as it enabled fast, basic calculations which were invaluable for trade and commerce.

The Sumerians were also keen astronomers and identified the five planets which are visible to the naked eye and mapped the constellations. 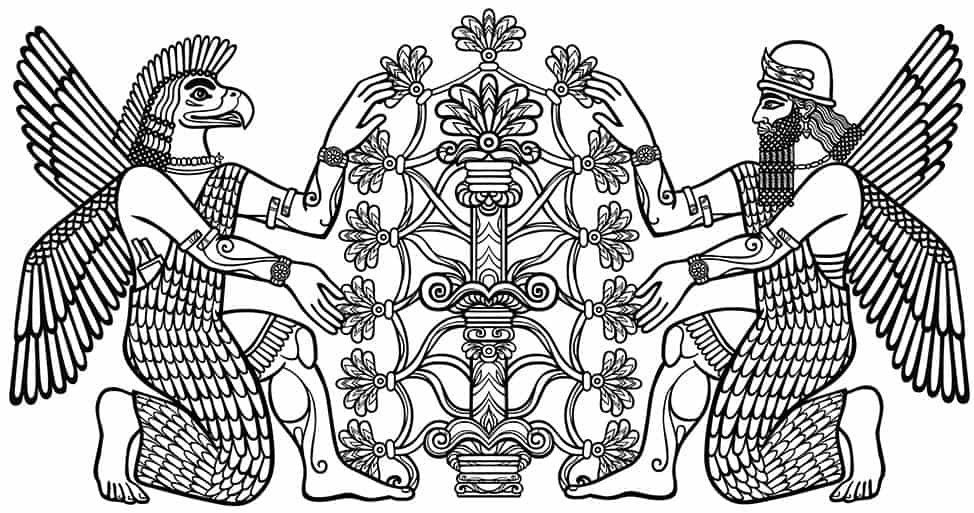 The Sumerians were profoundly religious and held their gods responsible for social order and natural occurrences. So, for example, they believed that a flood was the result of them having disappointed the gods. Their religion consisted of hundreds of gods and sacred texts, and the Sumerians believed that gods and humans actually coexisted thousands of years before.

Religious officials and priests were more important than the kings of Sumer themselves. They had temples all over the empire which were gradually replaced by tall pyramids known as ziggurats. Religion was greatly aided by the introduction of cuneiform writing which was done on clay tablets and which replaced the earlier forms of language. The cuneiform tablets were an important source of information for the priests who used them as record-keeping tools.

The people of Sumer had myths surrounding all aspects of life such as disease and famine. They regarded the forces of nature as divine acts and worshiped regularly. Archeological evidence of this can be seen in inscriptions on pillars, and ancient tablets have revealed their belief that the gods created a great flood to test humanity.

They believed that the world was created by Enlil, the god of heaven, who separated heaven and earth, and that he shaped humans from clay and wet mud. They thought that humans were put on earth to serve the gods who created their beautiful world.

The Sumerian people were creative and innovative. They were believed to have invented the sailboat, the chariot, the wheel, and the plow. They were the first to raise their hands in the fields of literature, mathematics, and astronomy, and they created a cylinder seal to act as a form of personal identification. They made great contributions in the field of law too, with their code of law based on a system of crime and punishment.

They also had a keen interest in architecture and were able to build houses, temples, and palaces out of sun-dried mud.

Their inventions and innovations can still be seen today in our use of mathematical measurements such as the division of time into 60 and the 12 inches in a foot. Of course, the importance of the wheel and the sailboat cannot be underestimated.

The people of Sumer quickly realized the importance of education. Priests were first given the job of educating children, but their spirituality prevented them from delivering an all-round education, so schools (gurukuls) were established where children were taught language and reading. The nobles were highly literate and often specialized in the field of astronomy.

As time went on, the Sumerian kings made significant efforts to educate the whole population. They established more schools and encouraged priests and nobles to educate people through an incentive system. Education and literacy were meant for all, but the higher classes were separated from the rest of the population, and girls were prohibited from education unless they belonged to the royal family.

The Sumerian civilization eventually came to an end when the city of Ur was taken over by the Amorites who then went on to gain control over the whole of Mesopotamia. However, the legacy of the Sumerians has lived on and their inventions and innovations can be seen in all aspects of life today such as arithmetic, astronomy, language, and art.