Hinduism has both masculine and feminine deities representing the supreme power of the universe, and all the major deities have both male and female counterparts. Hindu goddesses are the representation of Shakti, the feminine source of power in the universe. They are highly revered and powerful and play a central role in the creation, protection, and destruction of the universe. Here is a list of 10 Hindu goddesses who are the source of this power: 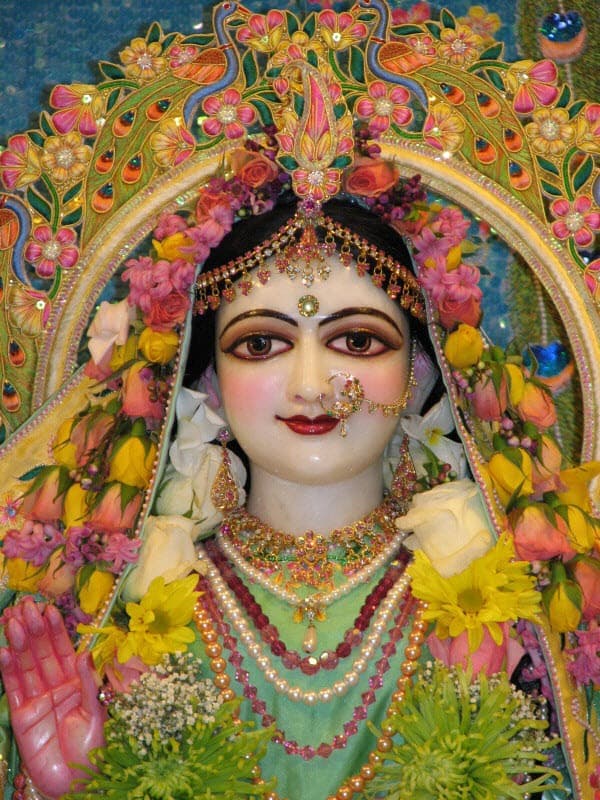 Radha is almost always portrayed alongside Krishna. She is also known as Radhika or Radharani. It is believed that Radha and Krishna are incomplete without each other, and Radha is the companion and friend of Krishna, who represents his own divine power and the Shakti. Radha is considered to be higher than Rukmini (the wife of Krishna, and the incarnation of the goddess Lakshmi) and not the incarnation of Lakshmi (the consort of Vishnu) herself. Radha is known for her immense devotion towards Krishna, which reflects the longing of each devotee to be united with the supreme. It was through the power of her devotion that she was able to achieve the status of goddess and become worshiped by a large number of devotees. 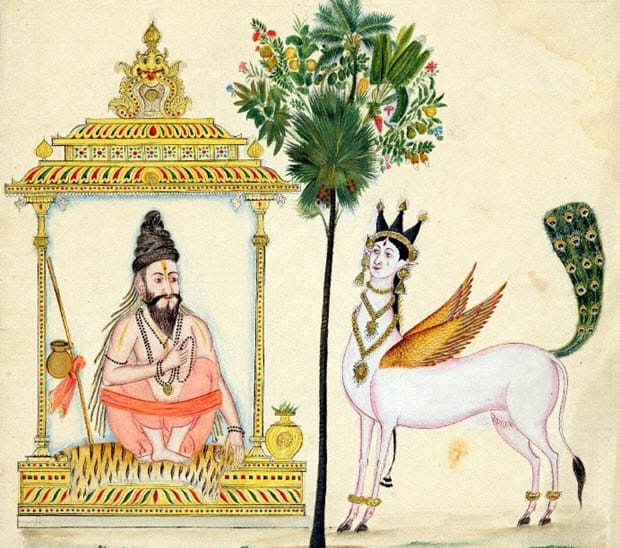 Kamadhenu is the mother of all cows and the goddess of plenty. She is capable of fulfilling the deepest wishes of her devotees. Her iconography describes her as a cow with the head of a woman and breasts, or as the cow with various deities inside her. Kamadhenu emerged in the process of the great samudra manthan, which was the churning and mixing of the great oceans by the deities Asuras and Devas. Cows are revered in Hinduism because of the goddess Kamadhenu. Each part of Kamadhenu’s body carries symbolic importance. For example, her four legs represent the four Vedas, the horns symbolize the gods, and the humps stand for the Himalayas. The cow is also worshiped as the mother of the earth as her milk nourishes human life. 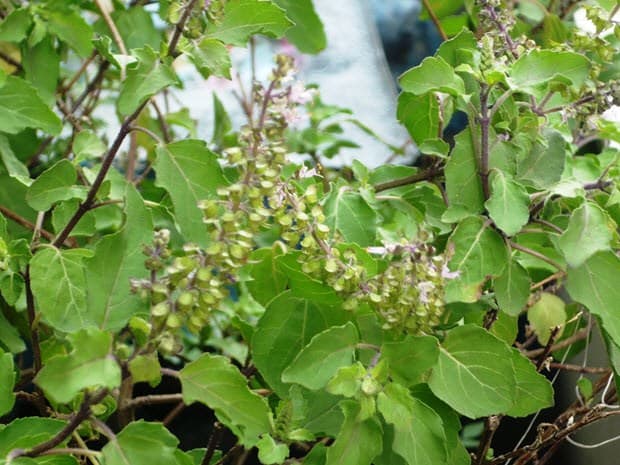 Tulsi is the goddess worshiped and revered in the form of a basil plant. The herb has medicinal as well as mythological importance in Hinduism. The story of Tulsi is often associated with Vrinda and Jalandhar. Jalandhar, who was born through the third eye of Lord Shiva, became very powerful and threatened the existence of the gods. His power was also a result of the devotion and fidelity of his wife Vrinda, who was an ardent devotee of Vishnu. In order to kill Jalandhar and save the world and the gods from his wrath, Vishnu decided to take the form of Jalandhar and approach Vrinda, thus leading her to commit infidelity. This deprived Jalandhar of his powers achieved through the devotion of his wife. After realizing that it was Vishnu, Vrinda cursed him to be born as a stone which is called the Shaligram. She eventually threw herself into a pyre and was reborn as Tulsi. 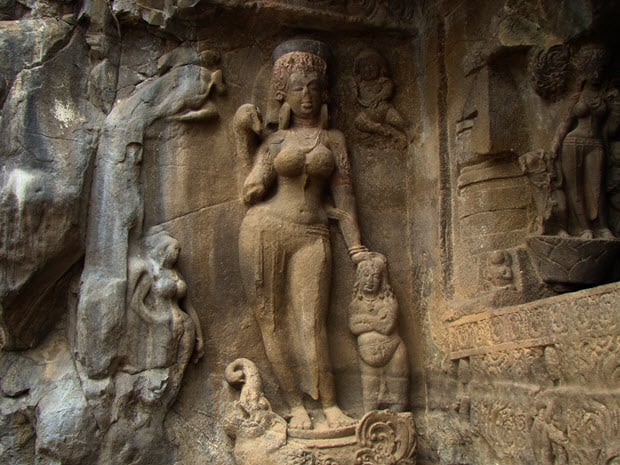 Ganga is the personification of the River Ganga and is a popular goddess in Hindu mythology. She is the daughter of Parvat Raj Himalaya or Himavan and sister to the goddess Parvati. She ascended to heaven to cleanse the sins spread by Tarkasur, one of the demon kings. She descended back to Earth to rinse away the sins of humankind at the request of Shiva. During her descent, Ganga was held up by the hair of Shiva to prevent the destruction of Bhumi Devi (Mother Earth) as Bhumi Devi would not be able to bear the waters falling from heaven. The River Ganga flows through the Himalayas and down to the plains of India. Devotees strongly believe that bathing in the holy river will wash away sin and negativity. 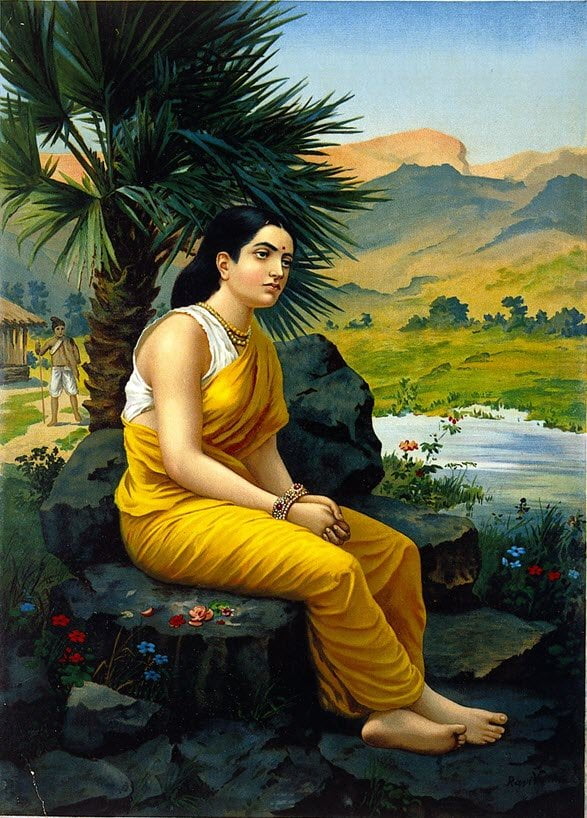 Sita, also known as Janaki, is the incarnation of Lakshmi. She is the daughter of Janak, the king of Janakpur. Her name Janaki comes from her birthplace, Janaki Mandir, which is located at Janakpur in Nepal and is dedicated to Sita. She is believed to have evolved from Bhumi and is also the daughter of Mother Earth. She is the consort of Ram and a central character in the epic Ramayana. Sita follows Ram in his 14-year exile from Ayodhya during which she is abducted by the demon king of Lanka, Ravana. It is this act that leads to the battle where Ram kills Ravana and saves Sita. She is also remembered and revered for the Agni Parikchya, or trial by fire, that she holds on Ram’s orders to prove her chastity. Sita is the representation of feminine power and virtue. 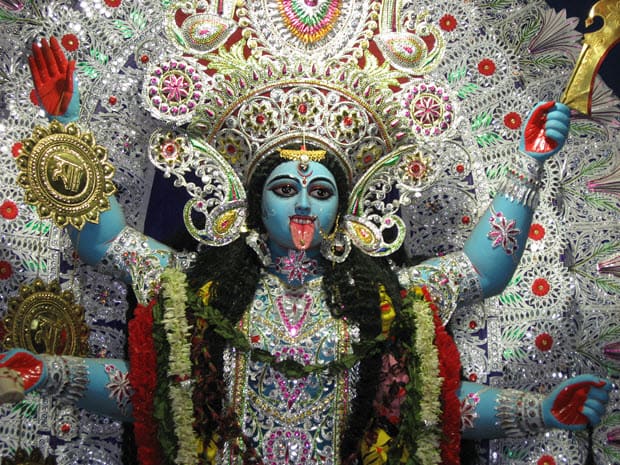 Kali is the fierce representation of Shakti. She is also known as the destroyer or the one who liberates the soul and provides moksha or enlightenment. She is an incarnation of Parvati/Durga. Kali was born to defeat the demon Raktabeech, who it was believed could create new, powerful demons from every drop of his blood that touched the ground. Thus Kali is seen as a fierce and angry goddess with a garland of skulls, a knife and a bowl in her hands. During the battle she had to cut Raktabeech, fill her bowl with his blood and drink it. She continued doing so and as a result became aggressive and destructive. To protect the world from her anger, Shiva, her husband, lay down under her feet to calm her. As a result, she bit her tongue from embarrassment after realizing her mistake. Thus, her iconography also shows Lord Shiva lying beneath her feet and Kali biting her tongue. 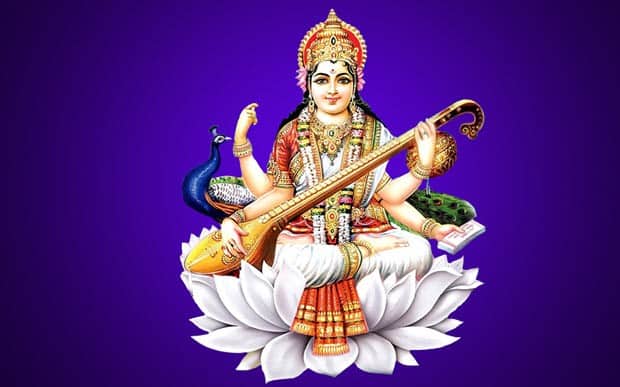 Saraswati is the goddess of wisdom, music, and learning. She is also known as Sharada. She is the wife of Brahma. Saraswati is one of the goddesses of the Hindu Tridevi, which is the feminine counterpart of the Tridevs. Her vahana or vehicle is the swan or goose. Her iconography shows her with four hands, two of which hold the veena, a musical instrument. Saraswati Puja is observed on the day of Basant Panchami, which is also the first day of spring. Devotees wake up early in the morning and pay homage at her temples hoping to be blessed with wisdom and knowledge. 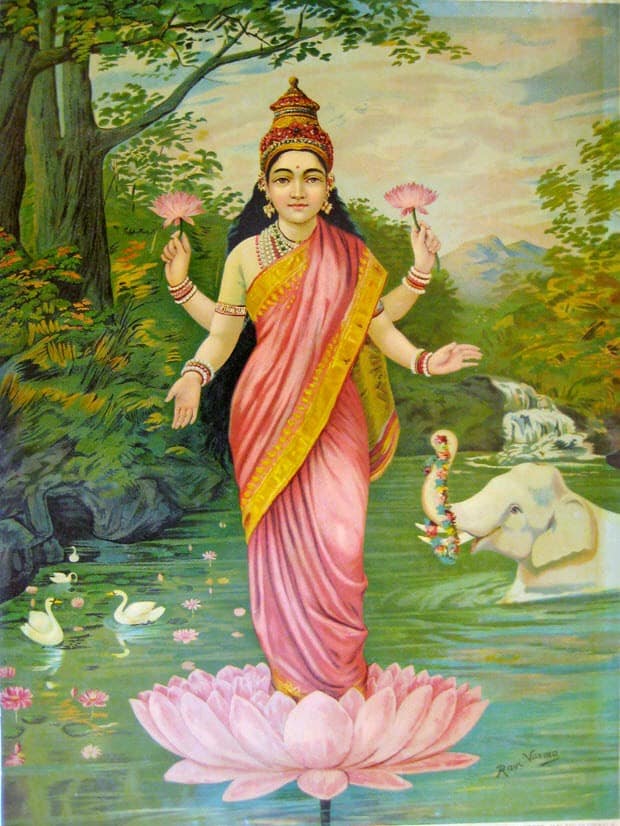 Lakshmi is the famous goddess of wealth, abundance, and fertility. She is worshiped during the festival of Deepawali, or the festival of light. It is believed that the cleanest and the most beautiful house will be chosen by Lakshmi on the night of the festival. Thus, devotees clean and decorate their houses with lights and garlands of flowers during the festival. She is also one of the goddesses of the Tridevi. She is the wife of Vishnu and reincarnates alongside her consort on Earth. Lakshmi does not only represent materialistic wealth but also glory, joy, and honor. Her vahana is the owl and also the white elephant, Airawat. 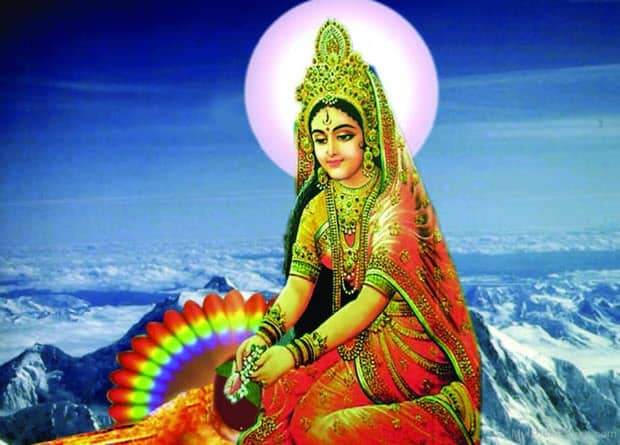 Parvati is one of the goddesses of the Tridevi. She is also known as Gauri. She is the wife of Shiva and the mother of Kumar and Ganesh. Parvati is the reincarnation of Sati, who was once the wife of Shiva but was plunged into the fire due to her father’s insulting behavior towards her husband. Parvati was born as a mortal to Parvat Raj Himalaya. It was through constant penance and devotion that she was able to attain the full power of Shakti and become one of the most revered goddesses and also the rightful wife of Shiva. Parvati is the caring and motherly representation of Shakti. Her vahana is the lion or tiger. 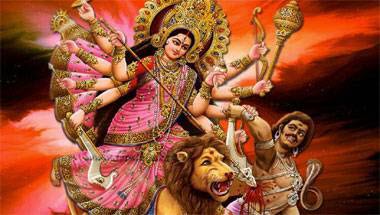 Durga is perhaps one of the most well-known manifestations of Shakti. She is one of the principal deities worshiped during the festivals of Dashain/Navaratri, one of the most important Hindu festivals. The festival also celebrates the death of Mahisasur, one of the most powerful demon gods. Mahisasur was made famous by being killed by a female deity, Durga. The demon king believed it to be impossible for a goddess to be powerful enough to kill him. Durga is thus also known as Mahisasur Mardini, or the slayer of Mahisasur. She is also the representation of feminine power in the universe. Her iconography shows her riding a lion or tiger and holding the trishul or trident. She is also portrayed with multiple hands and accompanied by the body of Mahisasur being stabbed by her trishul.

Goddesses in Hinduism are the divine representation of the cosmos and they are complementary to their male counterparts. Both the masculine and the feminine deities complete the divinity of the universe. Female deities are functional deities with each goddess representing a part of Shakti and the cosmos. Different deities are worshiped by different devotees on the basis of their philosophy and ideology.