The Mesopotamians were very religious, and their many civilizations shared the same deities with different identities and names. For example, Ishtar, the goddess of procreation, was known as Inanna among the Sumerian people. In order to throw some light on Mesopotamian mythology, here is a list of 10 goddesses from the Mesopotamian pantheon:

1. Ereshkigal or Irkalla, the Goddess of the Underworld 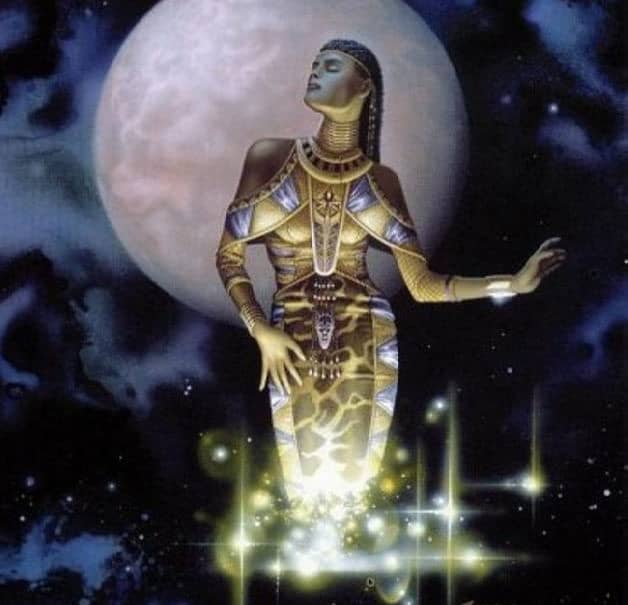 In Sumerian mythology, Ereshkigal or Irkalla was considered the queen of the land of the dead. Her name Irkalla is the equivalent of Hades in Greek mythology. Both Irkalla and Hades are the names for the territory of the underworld and its gods. In literature, she is known as Ninkigal which means “Lady of the Great Earth.” She was the only woman who made laws or passed judgments in the kingdom of the dead. Nergal was her consort who ruled Irkalla alongside her. Ereshkigal’s main temple was situated in Kutha. In the ancient poem Inanna’s Descent to the Underworld, she is given the designation of Inanna’s elder sister.

The goddess Inanna’s descent to the underworld is one of two myths that revolve around Irkalla. Inanna travels to the underworld with the aim of extending her powers. When Enki, the god of water, is informed about it, Neti, the gatekeeper, is ordered to close all the gates and open them one at a time as Inanna removes pieces of her clothing. Neti follows these instructions and when Inanna reaches the throne, she is naked and powerless. Inanna is found guilty by the seven judges and sentenced to death, her corpse to be hung from a hook so that everyone could see it. When Ninshubur, Inanna’s second in command, pleads with Ereshkigal, she agrees to help Inanna. She sends two sexless creatures to revive her younger sister with water and food. While they are trying to take her out of the underworld, two demons come and ask for someone else as her replacement. When Inanna finds out that her husband did not mourn her death, she tells the demons to take him in her place. Ereshkigal brings Inanna back to life.

Another myth talks about her marriage to Nergal who was the god of plague. A banquet was held by the gods which Ereshkigal did not attend. Being the goddess of the underworld, she sent her messenger Namtar who was treated well by all the gods and goddesses except for Nergal. As a result, Nergal was rejected by the other goddesses and the only goddess left for him to marry was Ereshkigal. He later married her and they ruled the underworld together.

2. Nanshe, the Goddess of Social Justice and Prophecy 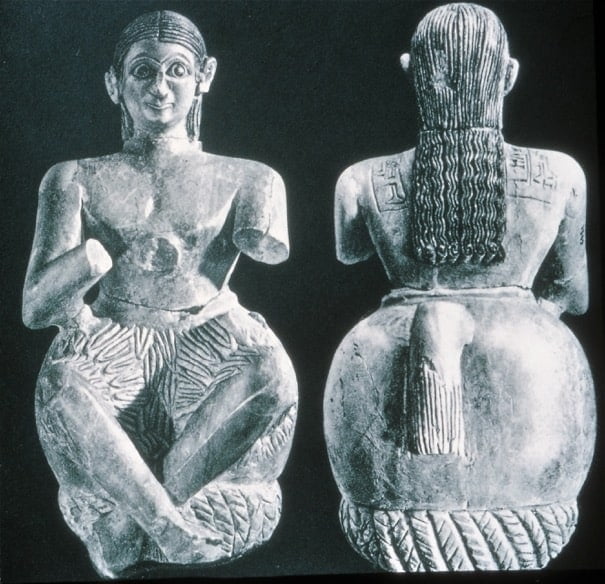 Nanshe was the daughter of Ninhursag, the mother goddess, and Enki, the god of water, knowledge, mischief, crafts and creation. She had multiple functions such as fertility, fishing, wildlife, social justice, and prophecy, and had a close association with water just like her father. Enki was assigned the task of giving responsibilities to every god and Nanshe was assigned to rule over the Persian Gulf. Her temple was situated at Sirara near Nina. As goddess of social justice and balance, Nanshe provided help to widows, acted as a parent to orphans, saved people from troubled regions, and provided advice to those in debt. As goddess of prophecy, she determined the future by oneiromancy, the process of interpreting dreams. Even her priests were granted the gift of prophecy after performing certain rituals that involved death and resurrection.

3. Ishtar or Inanna, the Goddess of Love and Procreation 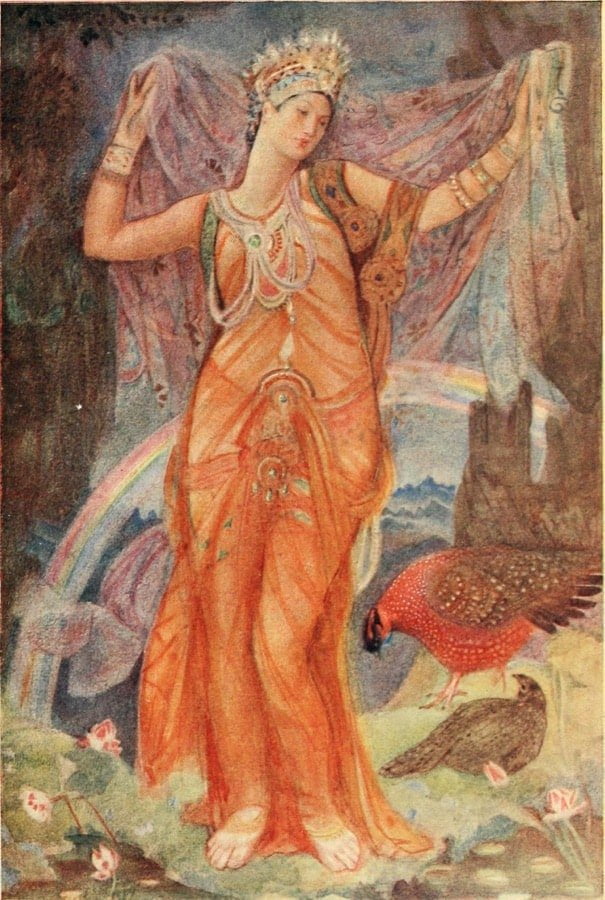 The goddess of beauty, sex, love, and fertility, Ishtar, was the East Semitic version of Inanna, the Sumerian goddess; the Northwest Semitic goddess was called Astarte; and the Armenian goddess was called Astghik. She was a prominent goddess in 3500 BC until the spread of Christianity from the first to the fifth centuries. Her symbols were the eight-pointed star and a lion. She was closely related to Venus in the Babylonian pantheon. Her myth is mostly related to that of the Sumerian legend of the descending of Inanna to the underworld. In the Epic of Gilgamesh, she is represented as a spoiled and short-tempered femme fatale. She demands to be Gilgamesh’s consort and on his refusal, Ishtar unleashes the Bull of Heaven which results in the death of the wild man, Enkidu.

She is said to be the daughter of the god of the sky, Anu. She was worshiped by the people of Upper Mesopotamia in the Assyrian cities of Ashur, Arbela, and Nineveh. The people of Uruk were also great devotees of Ishtar. The fact that her cult involved some kind of sacred prostitution has been disputed for centuries now. Whether the priestess performed sexual acts or not is still a matter of conjecture though many have argued that this never happened. She might be the goddess of love and sexuality, but she was not considered the mother goddess or the goddess of marriage.

4. Tiamat, the Goddess of Salt Sea and Mother of Several Deities 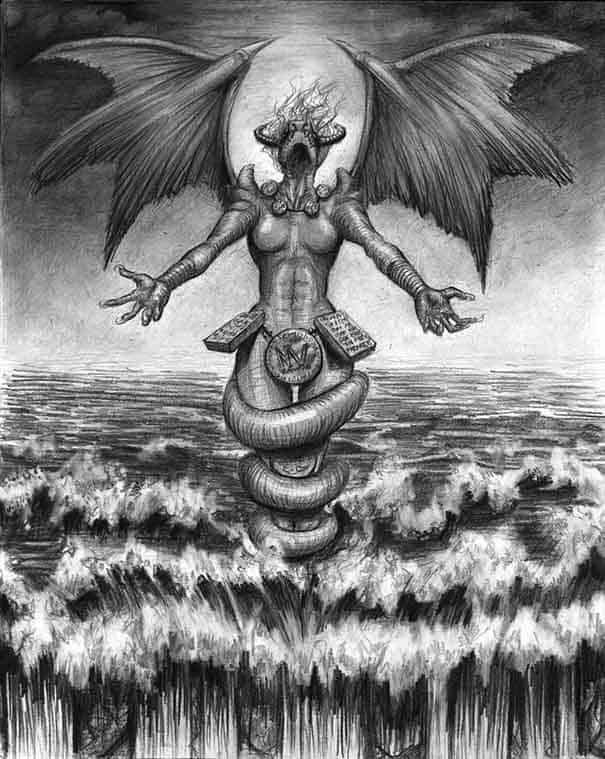 Tiamat is the primordial Babylonian goddess of the salt sea who mated with the god of fresh water, Abzu, to produce younger gods. Texts show that the goddess had two parts: the Tiamat mythos and Chaoskampf Tiamat. The first part represents the image of a sacred goddess and the union of marriage between fresh and salt water, and in the second form she has monstrous associations for she is the symbol of primordial chaos. She is often represented by dragons and sea serpents.

In a Babylonian epic on creation, she gives birth to the very first generation of gods. Her husband Absu is killed by them so that they could take over the throne. Completely enraged, she takes the form of a sea dragon and wages war against the killers. Enki’s son, Marduk, the storm god, finally kills her. Before her death, she brings monsters into the Mesopotamian pantheon: the first dragons whose bodies were filled with venom.

5. Ninkasi, the Goddess of Beer 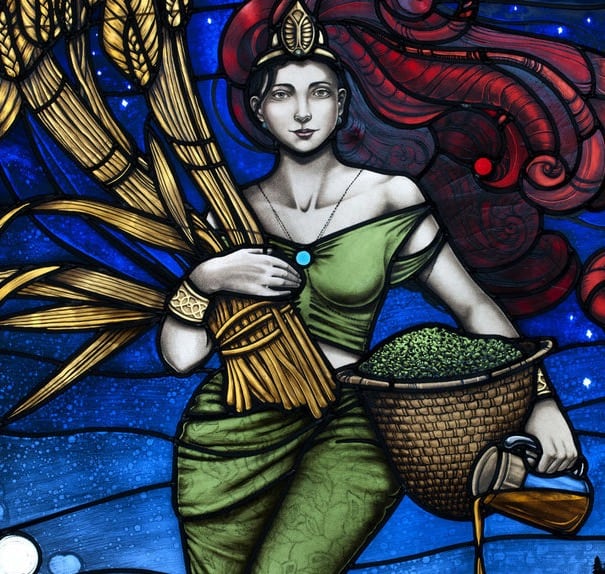 The daughter of Uruk and Inanna, Ninkasi was born to be one of the healers of Enki’s eight wounds. Being the goddess of alcohol, she was born out of fresh sparkling water and was said to brew alcohol daily. Part of the Sumerian pantheon, she was known as the goddess who could satisfy the heart’s desires, and because of her involvement in it, the art of brewing in Sumer was protected and sanctioned by Ninkasi and two other goddesses. The art of making beer has been passed down for generations and her female gender and association with brewing has made this process the responsibility of women. Translations of Sumerian texts have revealed the poem, A Hymn to Ninkasi, which tells about the brewing of beer, with the process broken down into verses.

6. Shala, the Goddess of Grain and Compassion 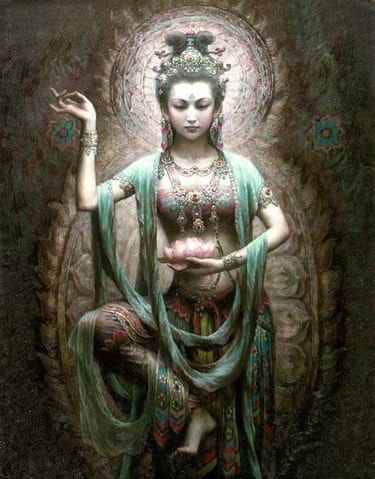 Shala is a Sumerian goddess and a mountain on Venus, the Shala Mons, has been named after her. Agriculture and compassion are co-related when it comes to Sumerian mythology as a bountiful harvest shows the compassion of the gods. Shala is said to be the wife of Dagon, the god of fertility, and consort to Hadad, the storm god. Centuries old depictions show her carrying a double-headed mace and sometimes a lion-headed scimitar. Her associations with Virgo have been talked about by many scribes and this association has resulted in the present-day constellation of Virgo.

7. Geshtinanna, the Goddess of Dream Interpretation, Fertility, and Agriculture 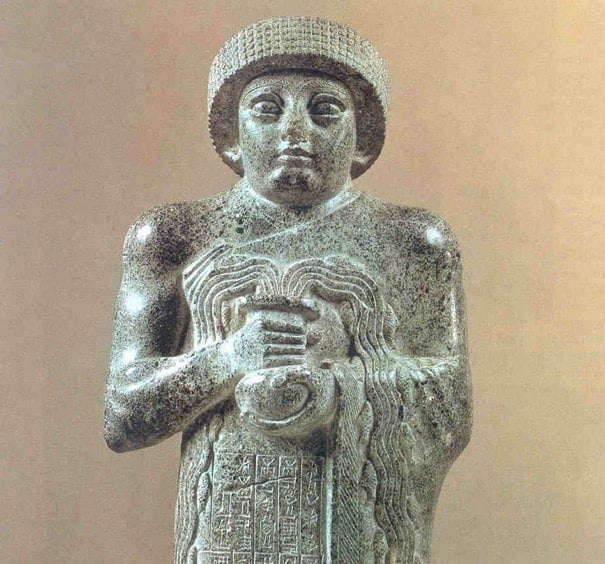 The Sumerian goddess Geshtinanna is the wife of Ningisida and sister of Dumuzid. Her parents are Ninhursag and Enki. She tries to save her brother from galla demons, and when they take him to Kur, she mourns his death deeply. In order to bring him back, she agrees to take his place in Kur for half a year so that he can return to heaven and to Inanna. Sumerians say that while she was in Kur, the earth became barren giving rise to the season of summer.

Though she was continuously worshiped throughout the Akkadian era, her cult disappeared in the Old Babylonian period. She is mentioned in several works of the Seleucid era. She was also related to dreams and was considered as a mother goddess. Like Dumuzid she was mainly a rural deity.

8. Ninhursag, the Mother Goddess of Mountains 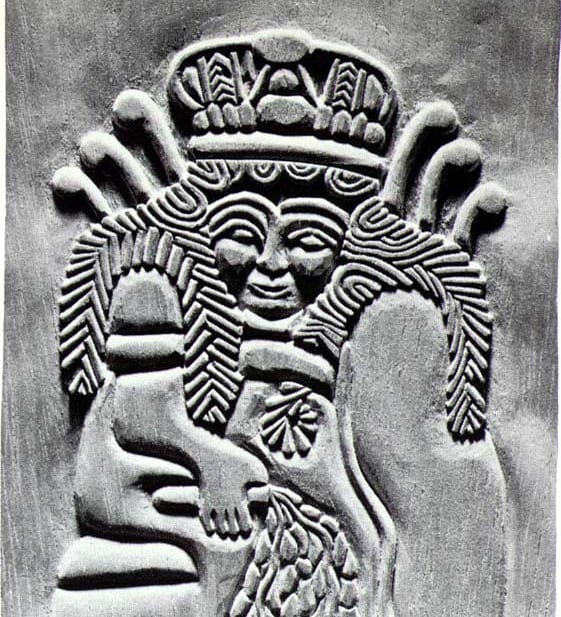 She is the oldest of all the goddesses in the Mesopotamian pantheon. Ninhursag is also named as the mother of men and gods and is called different things in different myths. She is known for the creation of both mortal and divine entities. In Sumer, she was originally known as Damgalnuna and Damkina who was a nurturing mother and had associations with fertility. Sul-pa-e, who had a role in the underworld, was a minor god and her husband. With him, she had three children: Lisin, Lil, and Asgi. Later on, she was depicted as the consort of Enki, the god of wisdom.

Her name means “the Lady of the Mountains” and comes from Lugale, a poem in which the god of war, Ninurta, defeats the demon Asag and builds a mountain from the corpses of his stone army. He dedicated this mountain to Ninmah, his mother, who later came to be known as Ninhursag.

She has been called various names such as Ninmakh, Mama, Makh, Aruru, and Mamma. She is often represented by the Greek symbol Omega, with a knife. The Omega can be taken as the uterus, the knife being used to cut the umbilical cord. This symbolizes her role as a mother. 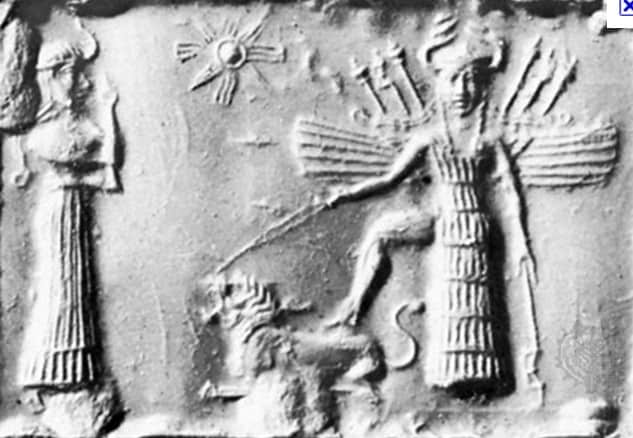 Kishar is the daughter of Lahamu and Lahmu, the first children of Abzu and Tiamat, and mother to Anu. She is the goddess of the earth and the wife, sister, and counterpart to Anshar, god of the sky. Her name actually means “whole earth.” She appears in the opening lines of the creation myth, Enuma Elish, but then suddenly disappears. She is often seen in first millennium BC texts where she is equated to the goddess Antu.

10. Ninlil, the Goddess of Wind 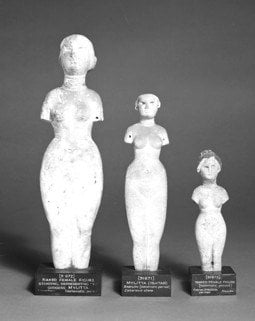 Called Mulliltu in Assyria, Ninlil is the wife of Enlil. Evidence suggests that she is either the daughter of Nunbarsegunu and Haia or Nammu and Anu. Another source says that she is the daughter of Antu and Anu. She used to live in Dilmun where she was impregnated by Enlil as he lay beside her by the water. She gave birth to the moon god, Nanna or Suen. For making her pregnant, Enlil was taken to the underworld with Ninlil. He later impregnated her again while she was disguised as a gatekeeper, leading to the birth of the god of death, Nergal. She became the goddess of wind and Enlil the storm god only after her death.

The Mesopotamian goddesses have many stories attached to them and have associations with almost everything on earth. Their power and importance cannot be overstated.