Ancient Egypt was one of the most advanced civilizations for almost 3,000 years. It started out as small settlements on the banks of the Nile and grew into larger kingdoms. These kingdoms were then united into the kingdom of ancient Egypt around 3100 BC. From then on began the tale of a civilization whose architecture and artifacts remain remarkably well preserved to this day, providing evidence of a once thriving kingdom and its culture. The ancient Egyptians made significant advances in art, architecture and lifestyle that kept them progressive and prosperous for a long time. And without a doubt, the ancient Egyptians were the best builders. They built the majestic pyramids that still stand as remarkable landmarks to this day. But ancient Egypt is not only known for its pyramids; there are many other contemporary facets that make it stand out. Here is a list of the top 10 facts about ancient Egypt: 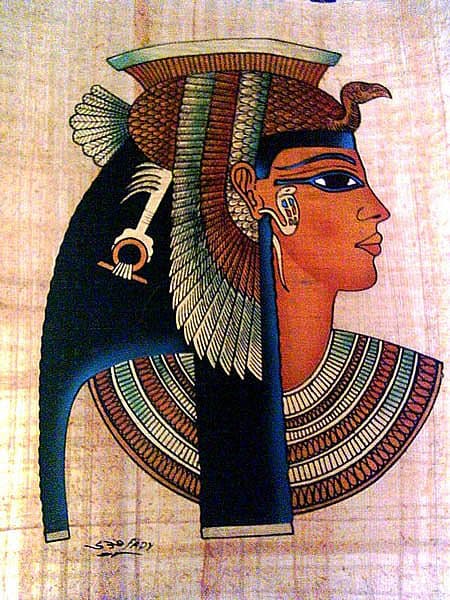 These days, in most cultures, makeup is more commonly used by women than men. But in ancient Egypt, both men and women used to apply full-on cosmetic makeup in their daily lives. In those times, the concept of beauty was not limited to one’s appearance; it was also a sign of holiness.

The ancient Egyptians assigned spiritual meaning to even the simplest aspects of life and the use of cosmetics, being a popular routine practice, was no different. They rubbed oil and unguents on their skin for protection from the heat. A red ochre paste mixed with water was applied to the lips and cheeks using a brush, and they used to paint their fingernails yellow and orange. They paid special attention and detail to the makeup for their eyes. They would apply dye over both upper and lower eyelids and would also add a line that extended from the corner of both eyes to the sides of the face. It was their belief that wearing elaborate makeup would give them the protection of the Egyptian gods Horus and Ra. 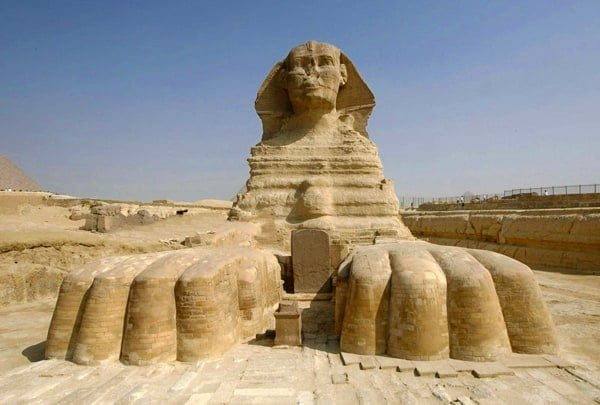 The Great Sphinx is one of the grandest monumental sculptures in the ancient world and it bears the head of a human and the body of a lion. It is said to have been carved out of a large slab of limestone from the bedrock of the Giza plateau. Ironically, being one of the largest single-stone statues in the world, the Sphinx’s full body was only made visible in 1905, when an excess of sand that covered it was cleared away.

It has a rich history and resonates with a once blooming civilization. Even more fascinating is the mystery behind the ghastly corrosion on the Sphinx’s face which has taken place despite the superior quality of stone used for the head. The nose is entirely missing and legend says that Napoleon’s soldiers hit the Sphinx with a cannon and blew off the nose (though early sketches of the Sphinx show it without the nose well before the Napoleonic era).

The ancient Egyptians enjoyed passing their time playing board games. In fact, there were a number of board games like Mehen and Mancala but most popular was Senet. It was a hieroglyphic board game played in ancient Egypt as far back as 3100 BC. Even Tutankhamen had a copy of the Senet board in his tomb, untouched for 3,000 years until modern archaeologists found it.

The game of Senet involved two players at a time. It was played on decoratively carved boards like the one in King Tut’s tomb or simply on a board drawn on the ground. The board would consist of 30 squares drawn out in three rows of 10 squares each. Not all the squares were carved with hieroglyphs. The carved hieroglyphs were symbols that represented good or bad omens and changed the course of play accordingly. 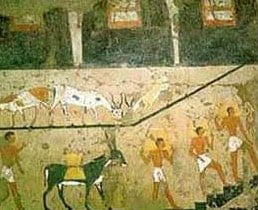 Many pyramids were built in ancient Egypt, so it is fair to say that an extraordinary number of workers were deployed in their construction. But the belief that all these majestic pyramids were built by slaves or prisoners is a baseless misconception – they were actually built by regularly paid workers. In fact, historians believe that given the sheer scale of labor and engineering skills required to build structures of such a massive size, at least two types of construction teams might have been deployed, both accompanied by a skilled, permanent work force with royal stature.

Laborers were paid in terms of regular rations. Most of the workers were valued for their skills, regardless of their background. Workers who lost their lives during the construction of the pyramids were honored and buried in tombs near to the great pyramids that they were building for their pharaohs.

6. Tutankhamun and the Cursed Tomb 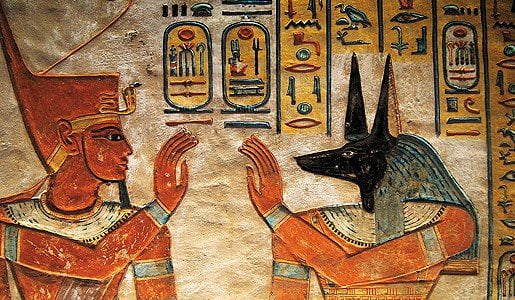 Ancient Egypt saw the rise and fall of many popular pharaohs including the likes of Khufu, Sneferu, Amenhotep, Ramses III, and Akhenaten. But the only known surviving and intact royal tomb is of the rather famous (or infamous) Egyptian king, Tutankhamun. It is such an irony that a boy king would become the greatest royal treasure from ancient Egypt – a pharaoh whose rule saw nowhere near the accomplishments of many of the other great Egyptian kings.

King Tut’s tomb offered a golden opportunity to modern historians to study a pristine mummy of an Egyptian king that had remained well preserved for more than three millennia. And then came the legend of the curse that would befall anyone who dared to open the tomb of King Tut. The discovery of the tomb in 1922 was followed by a series of incidents that included the tragic deaths of a number of people involved in unearthing the tomb. Nevertheless, it was Tutankhamun’s tomb that helped modern society unravel the details of the New Kingdom of ancient Egypt. 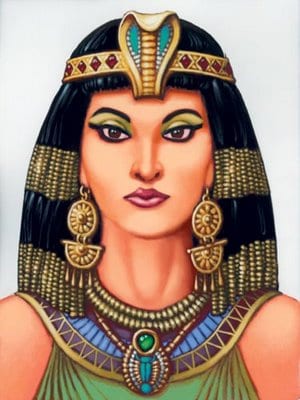 Along with the likes of Tutankhamun, Khufu, Ramses III, and other popular personalities linked with ancient Egypt, Cleopatra has a special place. But even though she was born in Alexandria and eventually went on to become the last of the Egyptian pharaohs, she was actually descended from a long line of Greek Macedonians.

In fact, she had a direct association with the Ptolemaic dynasty that ruled Egypt from 323 BC to 30 BC, a ruling fraternity whose cultural roots had a noticeably Greek flavor. A clever tactician, she had her half-sister killed to eliminate any possible threat to her ascension. She also had an affair with Julius Caesar, a relationship that proved to be fruitful as he significantly aided her in her quest to become a pharaoh. Even her burial is the stuff of legend. It is said she was buried by her husband Mark Antony somewhere in Egypt, but no one knows the exact location to this day. 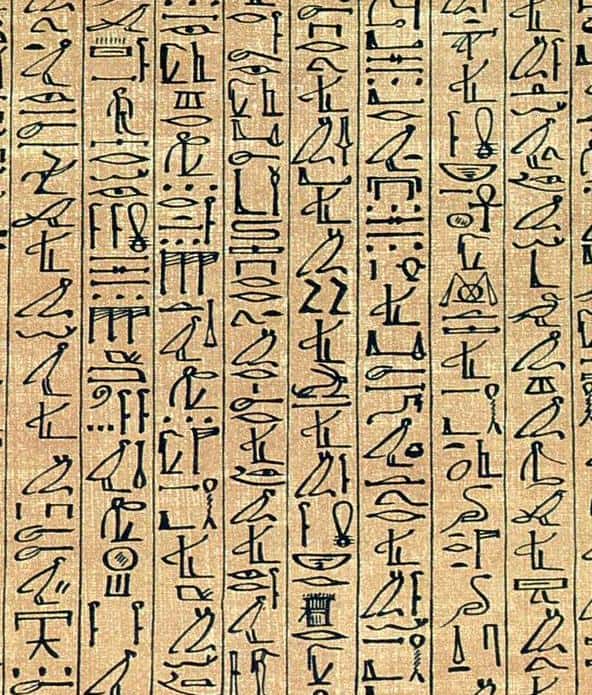 The origin of Egyptian hieroglyphs is pretty obscure, even more so since there is no historical evidence of a previous writing system on which it could have been based. Most often, the hieroglyphs represented the sounds and other perceptions of objects from daily life. Even though the hieroglyphic structure seems rather complex (they are further divided into three categories), understanding its system is relatively straightforward. 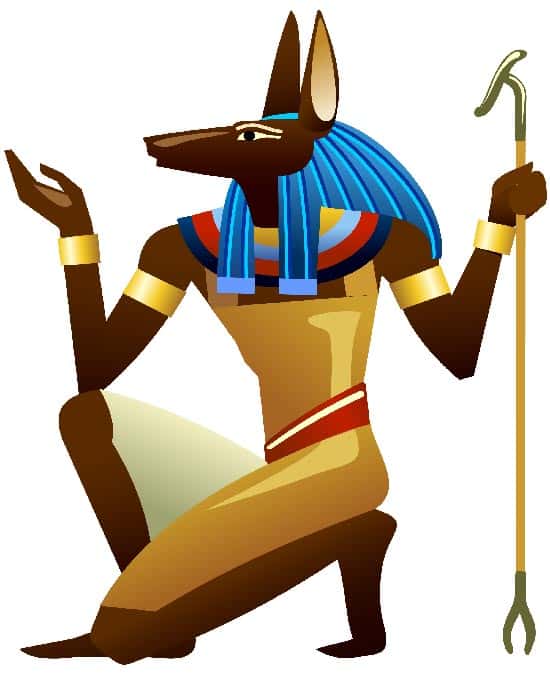 People in ancient Egypt followed many gods and goddesses. In fact, more than 2,000 of them were dutifully worshiped. Each of these gods and goddesses had control over a certain facet of daily life: some deities were responsible for creation, some brought the annual Nile flood, and some offered protection from evil and ill; they truly had gods for everything.

The demons were considered superior to humans, but not as powerful as the gods and goddesses. The primary gods represented the essential aspects of life. Amun Ra was considered the king of all gods and goddesses. Anubis was the god of death, and it was he who took care of the mummification of the dead. Probably the most significant deity was Ra, the god of sun and radiance. 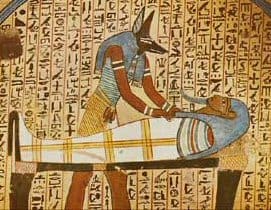 Ancient Egyptian religion puts great emphasis on the journey beyond death. Death was not the end of life as it is, but a mere point in time when the dead waited to be revived. They truly believed that eternal life could be attained even after death, depending on the judgment of their gods. They would mummify the bodies of their dead relatives and loved ones to make sure they were able to use their bodies again once they were revived in the afterlife.

The biggest believers in the afterlife were the pharaohs, who went on to build the most majestic of tombs for their burial – the great pyramids. When they died, their bodies were mummified using the most elaborate of contemporary embalming methods, and then they were buried along with large quantities of luxury items which they could use in the afterlife.

1. The Great Pyramids of Giza

A few millennia back, ancient Egypt was one of the richest and most powerful civilizations in the world. During this period, the pharaohs had a number of majestic pyramids built. The surviving pyramids of Giza in particular are the most spectacular manmade structures ever made.

The first of these monumental burial sites for a king of the third dynasty, Djoser, was built around 2630 BC at Saqqara. In addition, there are three major pyramids at Giza, of which the largest was built for Khufu, a pharaoh whose reign was primarily known for the magnificence of these pyramids. The Great Pyramid of Giza was a construction of such proportions that it remained the tallest manmade structure for an unprecedented 3,871 years.

The rich history of ancient Egypt goes far beyond the grandeur of its pyramids. In fact, Egyptian history is so diverse and encapsulates so many facets of contemporary life and culture that scholars had to create a separate field of study for its proper research and documentation. Listed above are the most popular and most fascinating aspects of this amazing ancient civilization.