On June 1914, a Serbian nationalist named Gavrilo Princip assassinated Archduke Franz Ferdinand in the small Balkan city of Sarajevo. Europe had already witnessed a number of high-profile assassinations in the preceding years, assassinations that shocked everyone, but none of which led to a major crisis like this one. This was the incident that sent ripples all across Europe and set off a series of events that led to the Great War, an armed conflict so violent and massive that over 17 million people lost their lives in a period of just over four years. To pinpoint a single assassination as the cause of this war would be historically inaccurate and unfair, for a chain of events prior to and after the incident also played a part. Here is a list of the top 10 causes of the greatest war of the 20th century:

Even though Russia had faced massive industrial unrest in the years prior to the war, by 1914, it already boasted the largest army in the world. Within two years of its establishment, the Russian Army Air Service had become the largest air force in the world with 360 aircraft and 16 airships. In fact, there were so many people in the army that they outnumbered the number of available guns. Despite its turbulent period of industrialization, Russian GNP had already amassed a significant increase of 55 percent by 1913. Such strong numbers terrified Germany and Austria-Hungary, both of them startled by the exponential growth of a potential and powerful enemy. This only added fuel to the paranoia among European leaders, encouraging them to become the forerunners in one of the biggest arms races in history.

Though Germany was ultimately responsible for the invasion of surrounding countries, this action was prompted largely by paranoia amongst the German high command that Britain and its allies would get there first. At a time when the rise of German naval power was threatening to overshadow the yet undisputed might of the British naval fleet, Britain took the most obvious step to ensure its safety. The signing of the Triple Entente between France, Russia, and Britain tipped the balance of power towards the British alliance. But this only made Germany more wary of a possible conspiracy to encircle it in Europe. The consequence of this was the heightened German paranoia of an imminent attack at the hands of the British alliance leading to an increase in German aggression.

At a time when almost all Europeans were living in fear of a war that threatened to break out any day, many European nations became involved in a major arms race to fortify themselves against the worst-case scenario. It was the naval race between Britain and Germany that caused a lot of friction between the two nations and their alliances. By 1914, Britain already had 29 dreadnought battleships and even though Germany lagged behind with 19 dreadnoughts, the pace at which it was building new ones was an indication that it would overshadow the British by 1920. On land, pretty much every major European country was on a military expansion spree. Over a short period of three years between 1910 and 1913, Europe saw an unprecedented rise in military expenditure from an annual 1.67 billion dollars to 2.15 billion dollars.

7. Decline of the Ottoman Empire 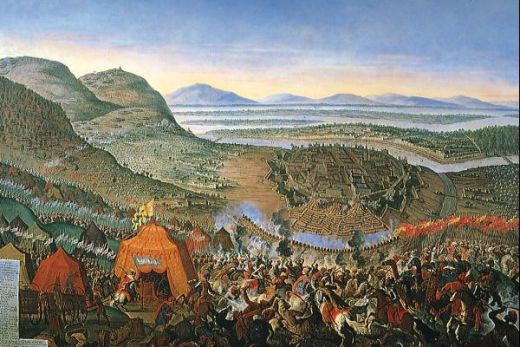 The Ottoman Empire was once a force to be reckoned with. Throughout the medieval period and in the early days of the modern era, it was known as the world’s largest imperial power, its rule extending all over the Middle East and much of northern Africa and eastern Europe. But by the end of the 1800s, however, the Ottoman Empire had been almost completely dismantled by internal conflicts and instabilities. This situation led to the outbreak of the First Balkan War which saw Serbia (then part of the Balkan League) annex Albania. With the prospect of the Serbs gaining access to the sea, Austria-Hungary was set for an unavoidable clash with Serbia. Meanwhile, the Russians were eyeing Armenia and Britain. France was looking set to conquer Iraq and Syria. Germany was already feeling left out in the race to extend its colonies and territory.

Prior to World War I, the major European powers had colonies all around the world. The British had control over major parts of South Asia, the French were colonizing much of Africa, and the Spanish had parts of South America under their rule. The Europeans had made the most out of the age of the Renaissance, using their superiority over less developed nations to bring them under their control. The likes of Britain, France, Spain, and Russia had a massive head start over Germany in terms of extending their colonies. The resources and raw materials that new colonies could provide were lucrative. For that reason, all these big powers were trying to make the most out of unrest in Europe, leading to more conflict between themselves. 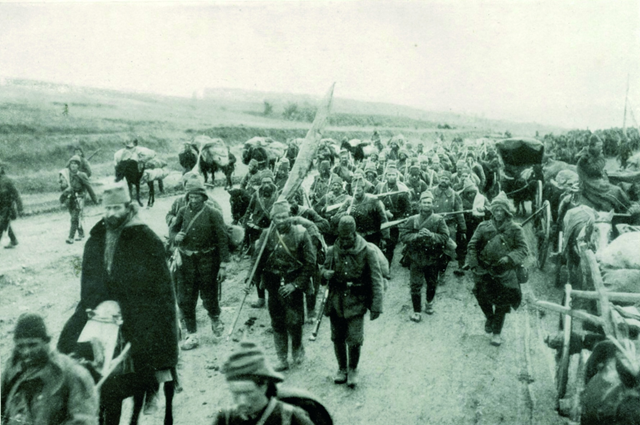 The Balkan Wars were the result of instability in the Ottoman Empire, with Serbia, Greece, Montenegro, and Bulgaria making up the Balkan alliance against the fading empire. By the First Balkan War in 1913, they had destroyed almost all opposition and divided the Balkans between themselves. This thumping victory of the Balkan League shocked the major European superpowers, but none was more shocked than Austria-Hungary for whom the idea of a sovereign Serbia was out of the question. The prospect of Serbia becoming the center of an eventual south Slavic state was a massive threat. Meanwhile, Britain, Russia, and France were vying to annex areas in the Middle East and Armenia. Needless to say, such a volatile situation, where every opportunist nation was lurking right around the corner, only made things worse.

In an attempt to make the most out of instability in the Slavic region, the Slavic people in Bosnia and Herzegovina decided it was the right time to separate from Austria-Hungary and merge into Serbia. Despite the volatile situation in the region, a war that would soon involve all major European superpowers was still only a distant fear for many. This event triggered a series of offenses that significantly narrowed any chance of a peaceful armistice. Nationalism played a role in leading to the war not only in the Balkan region, but across the whole of Europe. The entire region was high on the concept of nationalism, each nation calling itself an “inviolable territory,” So when Germany captured Alsace-Lorraine in 1871, it did not go down very well with the French. When the Slavic region opened up due to repeated conflicts, the newly formed Balkan nations were ready for war if any other European nation tried to annex them into new colonies.

As the relationships between nations started to take an ugly turn, countries across Europe began to sign mutual defense agreements with nations they could depend on in the face of war. Since these were mutual defense treaties, it meant that if an allied nation became involved in any sort of war, the other nations had to participate as well in defense of their ally. Prior to the Great War, Russia and Serbia already had an alliance, as did Germany, Austria and Hungary. So it was no big surprise when Russia and Germany also became involved in the conflict between Serbia and Austria-Hungary. But then again, both Russia and Germany had further alliances with other European nations too, increasing the roster of participants in a conflict which eventually became a fully fledged war. 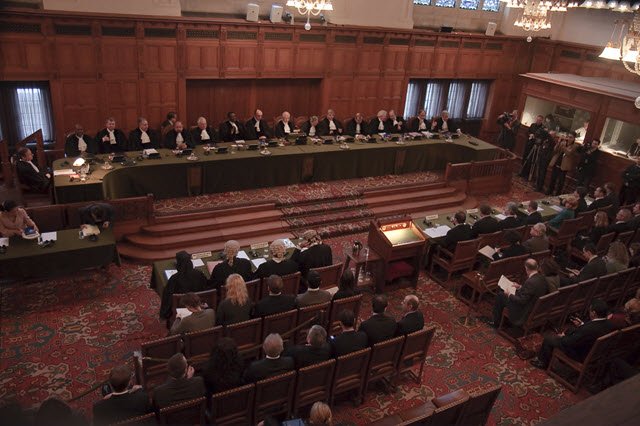 These days there are many rules to ensure that nations remain united in international peace, with consequences and ramifications if nations do not abide by them (though their effectiveness is fairly questionable). Back when World War I was on the brink of creating chaos and disarray across the whole of Europe, there were no such laws to keep aggression between nations in check, let alone bring justice to those who annexed territories in the name of their imperial aspirations. Although a global-level economy had already surfaced by the late 19th century, the global community as a whole was yet to devise a system of international law that could restrain one nation from using violence against another. Institutions that were supposed to promote peace were fairly dysfunctional and had little impact on the then international community.

At a time when many events had brought the now imminent war to boiling point, it was this incident that almost immediately turned much of Europe into an active war zone. The conflict between Austria-Hungary and Serbia over Bosnia’s desire to become part of Serbia was intense. Archduke Franz Ferdinand of Austria was making a visit to Sarajevo with his wife on June 28, 1914. Although the couple narrowly escaped an attack by a Serbian terrorist group called the Black Hand, they were later assassinated on the same day by a Serbian nationalist named Gavrilo Princip while they were still in Sarajevo. Since Princip and his accomplices were Bosnian Serbs, Austria-Hungary accused Serbia of masterminding the assassination and immediately declared war on Serbia. Being in alliance with Serbia, Russia soon mobilized its army in Serbian defense, which in turn led to Germany declaring war on Russia.

Many complex events were involved in the build-up to World War I. One thing led to another and finally, Europe’s biggest powers were divided into two factions. This was a war that no one wanted; none of the key players were willing to partake into an avoidable large-scale conflict. In many ways, World War I definitively took shape when the Balkan War broke out and the conflict between Serbia and Austria-Hungary increased. But the assassination of the Austrian archduke in Sarajevo was the last in a series of events that collectively led to the First World War.