Ancient Rome was one of the largest empires of its time, primarily based around the Mediterranean. Naturally, many of the eating and drinking habits of the ancient Romans were influenced by popular foodstuffs grown in the Mediterranean region, primarily wheat. Romans typically had three meals a day: jentaculum was their breakfast, prandium was the name for lunch and cena or dinner was the main meal. The food and drink served for the main course varied according to the Roman classes. The eating habits of rich Romans were lavish and grand when compared to those of an ordinary Roman peasant. Well-to-do Romans could afford the best and loved throwing dinner parties that lasted for hours. Personal preferences aside, the ancient Roman diet primarily consisted of a certain set of dishes. Here is a list of the top 10 ancient Roman foods and drinks: 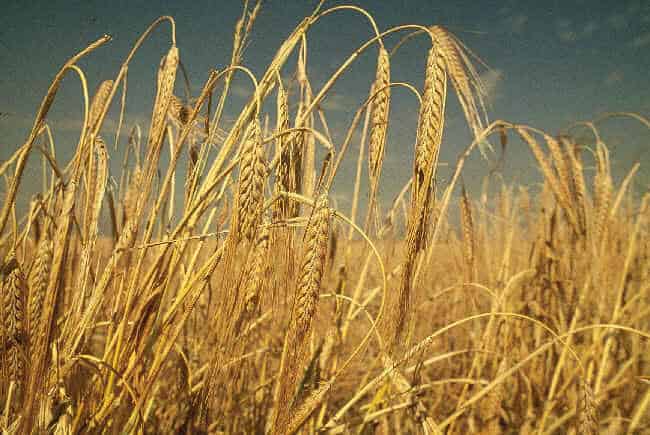 Barley was an essential staple in ancient Greece since it made up a large portion of the diet of athletes. Roman athletes followed suit and made barley an integral part of their training diet. It was especially famous among the Roman gladiators who were also known by the name of hordearii which meant “eaters of barley” or “barley men.” Barley, being a rich source of carbohydrate, helped them gain weight and maintain a spectacular physique to please the crowds.

The gladiators were served sprouted barley as a gruel and a similar barley gruel meal was also served in the Roman army as a staple food. Sprouting helped transform the hard barley grains into a paste of dense but easy-to-digest food which had the added benefit of being rich in nutrients. The cultivation of barley was relatively easy since barley is adaptable and resistant. The Romans wasted no time in reaping all these benefits and barley was the most popular grain in the republican era.

A popular commodity among the Romans, olive oil became even more common in Roman kitchens when Roman emperors began to actively support olive tree plantations and olive oil production. As a fruit, the olive was one of the most commonly grown food items in the Mediterranean region. It also had a symbolic meaning in ancient Rome since olive leaves and branches represented peace, fertility, and prosperity. Because of this, the Romans had many purposes for olive oil.

Most ordinary Romans would either boil their food or fry it in olive oil. Most of the meals in the Roman military were cooked in olive oil and vinegar. It was also a major ingredient in some of the most popular sauces used in ancient Roman cooking. But olive oil was not just used as a foodstuff; it was in fact a part of the Romans’ daily lifestyle. They used it in lamps, and even to cleanse their bodies in baths as the Romans did not have soap.

Posca was a popular drink among ancient Roman soldiers and poor peasants. It was usually made by watering down low-quality wine and then adding spices to make it taste better. The Roman legions used to receive a lot of vinegar in their rations. The soldiers used to add water to the vinegar to turn it into drinkable posca. Water sanitation in those times was sub-standard and normal drinking water was usually contaminated. This only added to posca’s popularity as its acidity killed most of the germs and kept the drink from early stagnation.

The Roman legions were known to carry huge barrels of posca wine during their military campaigns. Drinking good wine while in the army was seen as bad form and undisciplined, so high-ranking generals would drink posca with the troops to show their dedication to the legion. Even the great Hadrian drank posca when on campaign to show his men he was one of them. 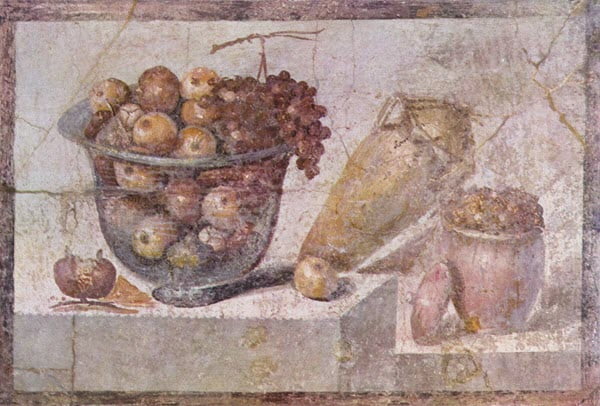 Fruit made up a major part of the daily diets of the ancient Romans. Popular fruits like apples, figs, grapes, pears, plums, dates, cherries, and peaches were easily available in the Mediterranean region. Moreover, many of these fruits could be dried to preserve them. The juicy fruits like grapes and cherries were used for making wine. One of the most popular fruits among all Romans was carob.

Carob was the equivalent of modern-day cocoa and was frequently used to add its chocolate-like flavor to various dishes. Originally, the carob pods were eaten raw straight from the tree. Just like many other delicacies, the Romans had learned various uses for carob from the culinary practices of the ancient Greeks.

Unlike the rich Romans, the common peasants were more dependent on vegetables than any other food source. Staple vegetables were legumes which consisted of three primary legume items: beans, lentils, and peas. They were often mixed into bread and since they were readily available sources of protein, these legumes became a routine staple in Roman meals.

Things were a little different for the affluent Romans though. Vegetables like asparagus, artichokes, beets, cabbage, turnips, carrots, chard, onions, leeks, and cucumbers were often used as appetizers or as starters in their lavish dinner parties. Just like with fruit, the Romans would also store vegetables in brine, vinegar, or preserved wine as pickles. 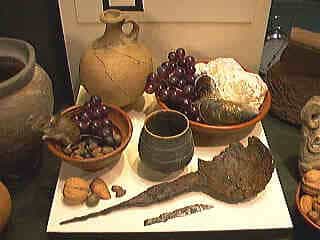 The ancient Romans were inexplicably fond of sauces and spices with their meals. For the poor Romans, meals were bland and consisted of the boiled paste of available staples like wheat, barley, and vegetables. So adding a little sauce and spice into the mix helped them have a cuisine that excited the taste buds. Again, a rich Roman’s dining habits included pretty much every popular variety of sauce and exotic spice he could purchase.

One fish-based sauce by the name of garum was particularly famous among the Romans. They would first make a brine of fish intestines, then crush the mixture and leave it to ferment for weeks until it was ready to serve. They also used a wide range of spices such as pine kernels, leeks, celery seeds, parsley, capons, dried mint, safflower, coriander, dates, honey, vinegar, and broth to season their food.

Bread was a popular staple food in ancient Roman times. In fact, the Romans started baking bread as early as 300 BC and soon realized the perks of baking wheat and other flours over serving them as a gruel or paste. Soon, consumption of bread gained so much popularity that in 168 BC, the first bakers’ guild was formed. Within 150 years, there were more than 300 specialist pastry chefs in Rome.

As baking flourished, more varieties of breads were made. The difference in their quality depended on the flour being used, the fineness of the grain, and the mills used for grinding the flour. Furthermore, legumes, milk, eggs, and butter were often added to bread to make it more nutritious and to taste better, but such specialist breads could only be afforded by rich citizens. 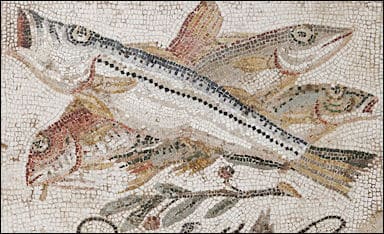 Meat was an expensive commodity in ancient Rome (at least for the poor Roman peasants), so the common people preferred buying it in small pieces and mainly ate it during festivals. Meat was more exclusively for the rich since they could afford pretty much anything. So naturally, a variety of meat items were served during the grand dinner parties of rich Roman families. Primary meat sources were poultry and wild game such as rabbit, hare, and boar.

This further extended to a variety of birds like geese, ducks, blackbirds, doves, magpies, quails, and woodcocks. Flamingo, peacock, and ostrich meat was considered quite exotic and its presence on the dinner table was seen as a matter of pride for the host. The Romans also had a taste for fish, especially those found in the Mediterranean, which they ate fresh, dried, salted, smoked, or pickled.

Wine was such a popular drink among the Romans that it could be called their national drink. They despised beer since it was a popular drink among the barbarians – the Britons and the Celts – so naturally wine was the preferred option. The Romans always diluted their wine with water since drinking it straight was not part of their culture. Wine came in several varieties, the popular ones being black, red, white, and yellow wines.

A household’s first course at dinner was usually accompanied by mulsum, a slight variation of regular wine made by mixing honey with it. Clearly, there was an ever-increasing demand for wine in ancient Rome which gave rise to widespread wine production especially along the border between Latium and Campania in Italy. Some vintage wines like Caecuban, Setian, Falernian, and Massic came from wine producers in these areas. 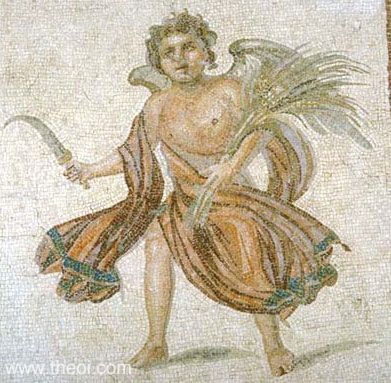 A primary food item in ancient Rome was wheat which was an essential ingredient in most meals. Wheat flour was used to bake the best of breads. It was also used to prepare porridge and pancake biscuits. All three primary meals had one or more food items made of wheat.

Wheat pancakes with dates or honey were common for breakfast, wheat breads and cheese were usually taken for lunch and wheat porridge was almost always on the dinner menu in Roman households. On the downside, wheat breads were rather more expensive than bran breads, so the common people preferred the latter, while finest-quality wheat breads were the first choice for the rich folk.

The early Romans were not the biggest or grandest eaters, but as the empire gained stability and expanded, so did their culinary habits. There was a time when most Romans had to satisfy their appetites with porridge made of barley or wheat. But soon, there was a surplus of resources as the empire kept on expanding. A stable government meant almost everyone could access sustenance with ease. The Romans made the most out of baking practices they had learned from the Greeks and the Egyptians, but it was during the Roman era that bread production attained new heights and their love for bread gave a huge boost to the baking industry.