Ancient Greece is a land of culture and mythology. It is considered to be the birthplace of Western culture and has brought forth huge advancements in art, science, and philosophy, but it also has a rich tapestry of myth as part of its narrative. If we wish to understand the mystery of Greece, we have to appreciate the beauty of its legends. Here are 12 amazing myths from the land of beauty and tranquility:

Contents hide
1. Prometheus and the Theft of Fire
2. Narcissus and Echo
3. Scylla and Charybdis
4. Perseus and Medusa
5. Sisyphus
6. Orpheus
7. The Chimera
8. Icarus
9. Oedipus
10. Jason
11. The Amazons
12. The Kidnapping of Persephone
Conclusion

1. Prometheus and the Theft of Fire 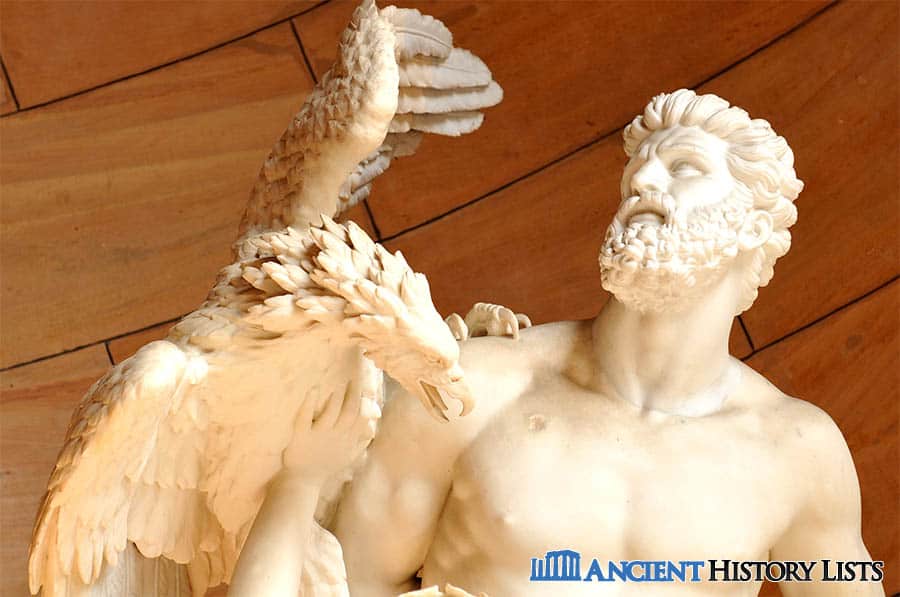 Prometheus was one of the first Titans to be thrown out by Zeus and the other Olympians, but he was miraculously one of only a handful to avoid imprisonment in Tartarus. Prometheus continually clashed with Zeus, and after Zeus took fire away from humans, Prometheus stole it back and returned it to mankind. As a punishment, the gods tied him to a stone in the Caucasus mountains forever while a hawk (the image of Zeus) would travel to the rock and eat his liver. Since he was immortal, his liver perpetually renewed itself, ready for the cycle to continue again the following day. In the end, Hercules liberated Prometheus from his torment.

Narcissus was known far and wide for his excellence, and one day in the woods, the mountain fairy Echo saw him and looked upon him in wonder. Narcissus felt that he was being followed and shouted to Echo, “Who’s there?” over and over. In the end, Echo showed herself and tried to seize Narcissus, but he sent her away, leaving her grief-stricken and upset. This irritated Nemesis, the goddess of retribution, who led Narcissus to a pool in the forest where he was forced to look at his reflection. He was so enamored by his beauty that he was unable to leave. This Greek story is often used to show children the dangers of vanity. 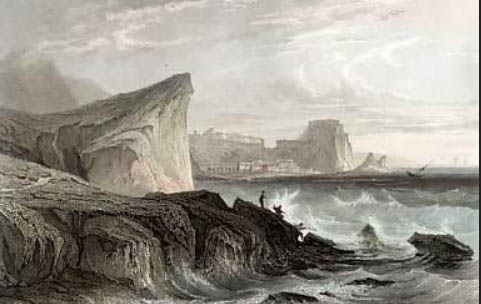 This is one of the best-known stories related to the great hero Odysseus. On the two sides of a thin stretch of ocean, two beasts lie in wait. On one side, Scylla flails her six snakelike heads uncontrollably, preparing to attack passing sailors. On the other side, Charybdis makes a natural whirlpool. No individual has ever confronted these brutes and escaped. However, the hero Odysseus and his companions had to pass them on their journey. They edged around Charybdis’ spiraling ocean, their ships just avoiding being sunk. Then Scylla swooped down and ate up six men. Odysseus navigated the remaining team past Scylla and out of the channel. Having survived the feared monsters, Odysseus and his men proceeded with their adventure. This story tells of having to make a choice between two equally difficult options.

The ugly Medusa had snakes for hair and a face that could turn anybody who looked upon it into stone. To satisfy his lord, the warrior Perseus agreed to kill the brute. Wearing a cloak of invisibility, Perseus sneaked up on Medusa when she was asleep. He looked at her in the reflection of his shield and executed her without ever having to look at her directly. Triumphant, Perseus took off on winged shoes. 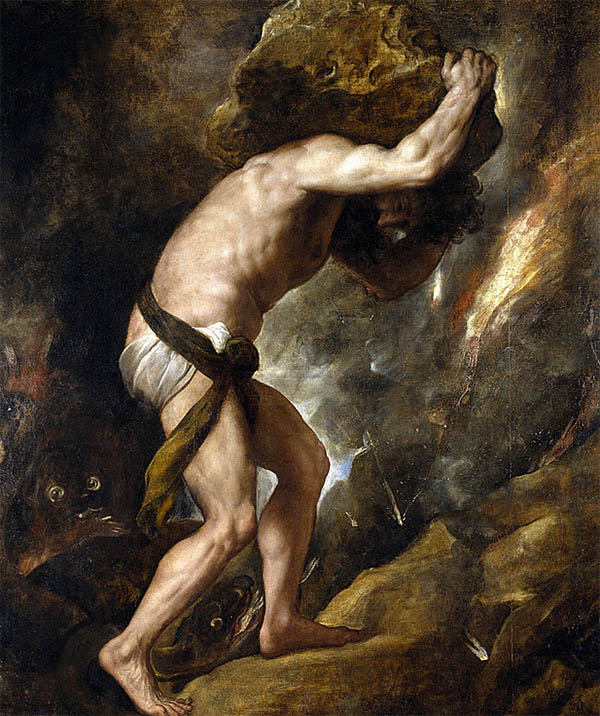 Sisyphus was the ruler of Ephyra, and he was known for his self-aggrandizing craftiness and deceitfulness. He opposed the gods on numerous occasions and tricked them with his dishonesty and cunning. However, the gods would not tolerate this behavior. It infuriated Zeus, who condemned Sisyphus to roll a large rock up a slope. As soon as the stone reached the highest point of the hill, it would roll down to the bottom again, causing Sisyphus to repeat the process endlessly. This task was conceived by Zeus as a punishment for Sisyphus’ hubris against the gods in thinking that he, a mere human, could outwit the divine beings. 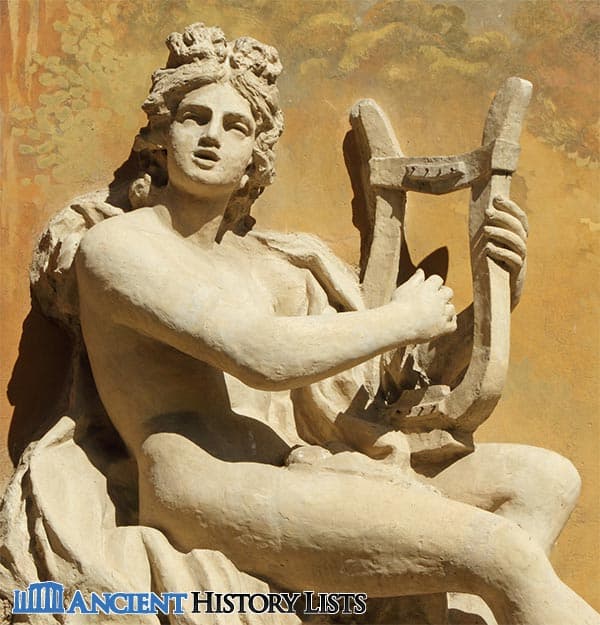 Orpheus was an incredible musician, and it was said that he could inspire trees to twist around to listen to his music. He married Eurydice, yet on their wedding day, she was attacked by a snake and died. Orpheus was so sad that he only played sad music, and asked the gods to help him in his grief. Hermes persuaded Orpheus to venture to the underworld to ask Hades and Persephone to give Eurydice a chance and to return her to the land of the living.

Through his music, Orpheus enchanted Hades and Persephone enough to enable Eurydice to be returned to him on one condition: As Orpheus left the underworld, Eurydice could not look at her until she was back in the realm of the living. Tragically, Orpheus couldn’t resist taking a look. As he did, Eurydice faded back into the underworld.

Bellerophon is the unassuming hero of this myth. The flame-breathing chimera was a terrifying monster with a snake for a tail, a goat’s body, and a lion’s head. A lord has instructed the warrior, Bellerophon, to kill the beast. Taking off over the beast on his winged steed, Pegasus, Bellerophon shoots arrows at her and finally kills her with his lance. The red hot chimera was slain, and the world was made a safer place. 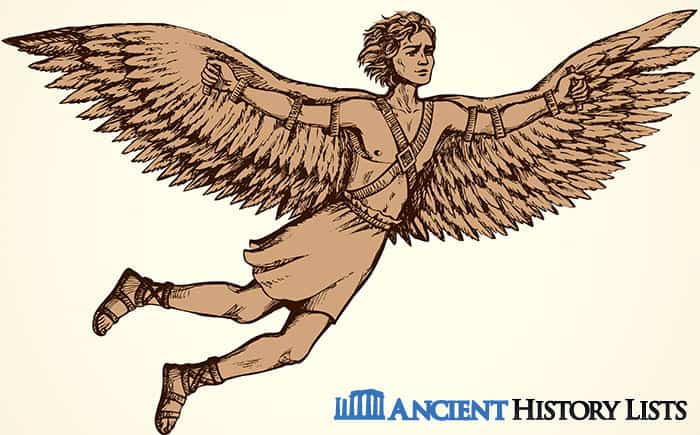 Daedalus, who built the great maze, was imprisoned in a tower in the maze on Crete with his child Icarus by King Minos so he would not uncover the secret of the Minotaur hidden in the maze. Daedalus came up with a plan to escape the tower. He would gather quills and use wax to stick the plumes together to make wings. He made two pairs of wings, one for himself and one for Icarus. Daedalus cautioned his child to not travel too near the sun as the wax would dissolve from the heat and the wings would disintegrate. Icarus did not heed his father’s warning as he was so captivated by the miracle of flight. He flew too near the sun, his wings melted and Icarus plunged into the ocean. This story is used as a parable against the dangers of hubris.

Oedipus was the son of Jocasta and King Laius of Thebes. The prophets foretold that Oedipus would kill his father, Laius. On hearing this, Laius fastened Oedipus’ lower legs together and instructed a servant to take him to a mountain top and leave him there to die. The servant did not do as he was told and instead gave the infant to the gentle King Polybus of Corinth.

When Oedipus grew to be a man, he heard that he was an illegitimate child and not the natural child of Polybus. To confirm this, Oedipus went to the prophet at Delphi who told him that he was destined to kill his natural father and marry his mother. Fearing this, he chose not to return to Corinth, but to remain in Thebes. On his way back to the city, he met his father Laius and accidentally killed him by running him over with his chariot. This incident fulfilled the first part of the prophecy.

Back in Thebes, Oedipus decided to try and solve the riddle of the Sphinx. Jocasta’s brother, Creon, had guaranteed the kingdom of Thebes to anyone who could work out the riddle. Because Oedipus solved the puzzle, he became the ruler of Thebes and ended up marrying his own mother.

In the end, a plague descended upon Thebes, and after consulting the blind prophet Tiresias, Oedipus learned that the death of Laius must be avenged. Oedipus was told he was the person who murdered Laius and was not the natural child of Polybus. On discovering the truth, Jocasta killed herself in horror at her actions. Oedipus, in shock, acknowledged what he had done, and on seeing Jocasta’s dead body, gouged his own eyes out and was banished from the city.

The legend of Jason and the Argonauts and the journey to get the Golden Fleece has entranced the world for centuries. It is a story of courage, risk, and adventure. Jason, the real lord of Iolcus, sets out on the voyage on his ship Argo to the far-away land of Colchis to retrieve the Golden Fleece and show his worth as a ruler. On the journey, he experiences many hardships and delays.

Greek legend tells of the Amazons, the most incredible and powerful women ever known. The Amazons were said to be a clan of autonomous, strong females who set themselves up in opposition to male-dominated society. They lived in isolation and opposed men in all that they did. Indeed, they can be seen as the world’s very first feminist activists. Little is known about these unbelievable Amazons; the majority of information about them taken from legend.

Most people believe that their role was to represent oppressed women everywhere and to offer an alternative to the predominant male ruling class. One interesting fact, however, is that the Amazons crop up in the myths of many different civilizations. Whatever the truth, these legends have endured and fascinate historians, scholars, and filmmakers to this day.

12. The Kidnapping of Persephone

According to Greek mythology, Persephone, the ruler of the underworld, was the daughter of Zeus and Demeter, the goddess of harvest and fruitfulness. She was also known as Kore, which means “lady” and grew up to be a beautiful young woman who attracted the attention of many of the gods.

Demeter was fiercely protective of her daughter and hid her from her suiters, the most dedicated of which was Hades, the lord of the underworld. He was tough and middle-aged, and lived in solitude among the shadows of the dead. However, his heart melted when he saw Persephone, and he was captivated by her youth, beauty, and freshness. When he asked Demeter if he could marry her, Demeter became angry and said it would never happen. Hades was heartbroken and determined to have Persephone regardless.

While the young lady was playing and picking flowers with her friends in a valley, she saw the most charming narcissus she had ever seen. As she bent down to pick the flower, the earth beneath her feet opened up and from the hole, Hades emerged on his chariot pulled by dark horses. He snatched Persephone before she could shout for help and slipped into the underworld, the hole in the earth closing after them.

So as you can see, the Greeks have many intriguing legends and myths to choose from. Only a few of those enchanting tales are listed here, so why not dig deeper and uncover more of these fascinating ancient Greek stories?