Babylonia was an ancient kingdom that was founded more than 4,000 years ago. Despite its small size, it left a considerable mark on history. This Akkadian-speaking kingdom was in Mesopotamia, which is in modern-day Iraq. Babylon thrived under the rule of its most famous king, Hammurabi, but after his death, this once-great kingdom began to decline.

The 11 most important events of ancient Babylonia that have left their mark in the history books are:

1. The Crowning of Hammurabi 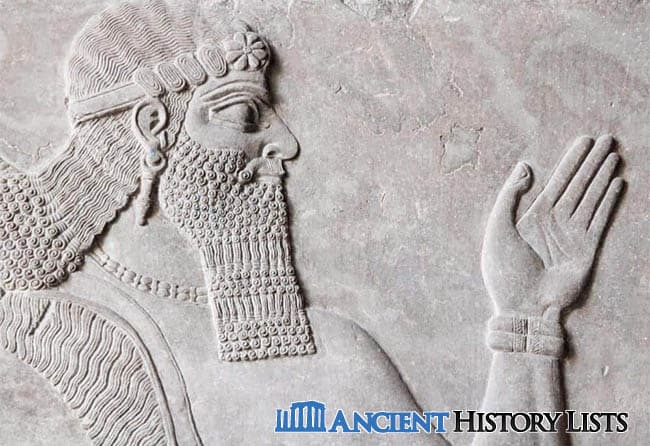 Hammurabi was born and raised as the crown prince of the kingdom and was crowned as king at the age of 18 after the death of his father, Sin-Muballit.

When Hammurabi became king, Babylonia was a small and weak kingdom. Other larger kingdoms were poised to take it over, and it had enemies on all four sides. But this did not deter the young king who had plans to make the country stronger. He first focused on strengthening the internal structure of the kingdom. Hammurabi knew that if there were conflicts within, he would not be able to make external allies. He improved the city’s infrastructure and introduced a new irrigation system, and these early developments marked a turning point for Babylonia and the start of a new era.

2. The Emergence of an Empire

After Hammurabi had stabilized the internal structure of the kingdom and fortified its defenses, he did not seek to conquer, but trouble arose when enemy nations attacked.

Hammurabi allied himself with Larsa after the Elamites invaded the central plains of Mesopotamia, but he was betrayed and this angered him. He proceeded to defeat the Elamites and conquer Larsa as well. Another kingdom that he allied himself with was Mari, but due to lack of trust, the alliance did not survive and Hammurabi eventually razed the kingdom to the ground. Mari never recovered from this loss, and the city fell into obscurity.

Most kingdoms did not feel threatened by Babylon. It was a small kingdom, and after being crowned, Hammurabi seemed to focus only on the welfare of his people, not on warfare. So, when Hammurabi finally made his move, the surrounding kingdoms were caught off guard, and Hammurabi was able to slowly but steadily conquer them, gradually building his kingdom into the great Babylonian Empire.

3. The Formulation of Positional Numbers

The Babylonians were the first to describe positional numbers which refer to the significance of a digit depending on both the digit and its position. They used the sexagesimal system or the base-60 system. The number 60 had a lot of divisors and this made calculations easier. This system can still be seen in the division of time: 60 seconds in a minute and 60 minutes in an hour.

Positional numbers made it easier to solve arithmetic problems especially as Babylonian mathematics did not have zero. However, the Babylonians were aware of the space that came after nine. The positional number system was considered their greatest achievement, and it is thought that the advanced number system of Babylonia also inspired the Greeks.

The contributions of the Babylonians in mathematics can still be seen today. They invented reciprocals to solve problems related to long division, and also algebraic equations. They constructed tables to help with calculations which were pre-calculated for equations and to find cubes and cube roots. The first proof of quadratic equations was from Babylonia. Babylonia was also the first civilization to record moving objects with the help of sophisticated geometry.

5. The Development of Astronomy

Babylonia applied mathematics to astronomy. They tried to predict the future with the help of astronomy and were the first to notice that astronomical phenomena occurred methodologically and periodically. The Babylonians tried to apply logic to this, and in this way were able to predict the Saros cycle and the cycles of eclipses.

Astrology was not only used to read the stars and predict the future but was also used to predict the weather. Babylonian astronomy was the basis for Greek astronomy and mathematics, and the astrology of Babylonia laid the foundations for Western astrology.

The Babylonian Empire made great advances in the field of medicine, introducing the concepts of diagnosis, prognosis, physical examination, and prescriptions. This was laid down in the Diagnostic Handbook. The handbook taught how to identify disease rationally and logically and also spoke of using empiricism, or knowledge gained through the senses, to prescribe therapy and treatment.

Although the Diagnostic Handbook was an important step in terms of rational thinking, it also had its drawbacks. Babylonian medicine relied heavily on supernatural and magic. While the Babylonians attempted to learn through dissection, they mostly relied on the supernatural to cure ailments.

7. The Walls of Babylon 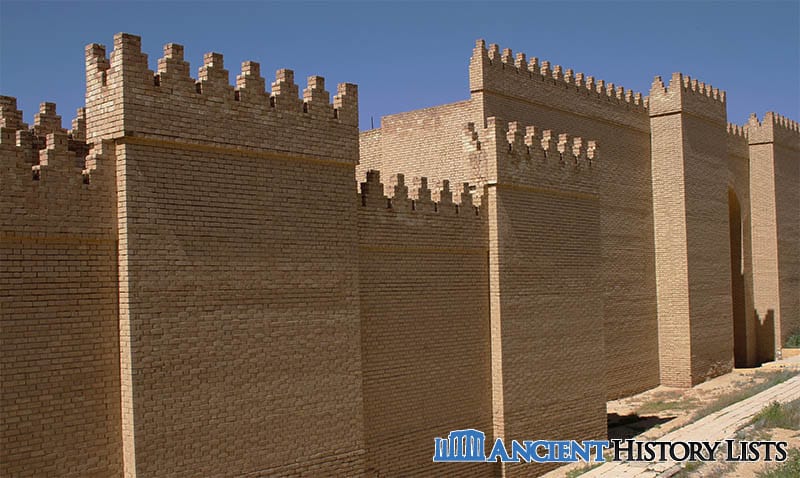 King Hammurabi built defenses all across Babylonia to protect it from invasion, and three walls were built around Babylon by King Nebuchadnezzar II, each wall being over 80 feet tall. Their main purpose was to defend the kingdom from foreign attack and, until they were breached by Alexander the Great, were famous for being impenetrable. Unfortunately, only 4.6 percent of the three walls combined have survived.

8. A Garden for His Queen

The Hanging Garden of Babylon is included in the seven ancient wonders of the world. The ascending series of tiered gardens consisted of various trees, plants, and other flora. This ascending structure looked like a green mountain and was built by King Nebuchadnezzar II for his queen who missed the green hills and valleys of her home. It is said that the exquisite engineering and architecture of the garden attracted quite a few Greek scholars and philosophers.

However, the real existence of the Hanging Gardens of Babylon is yet to be confirmed. Although there are several records of this mythical garden, there is no archaeological evidence of its existence.

9. The Death of Hammurabi

The death of Hammurabi was a huge blow to the citizens of Babylonia as it marked the end of an era. He died peacefully knowing that his kingdom was wealthy and prosperous, and he was remembered for bringing about peace, justice, and victory in war.

Hammurabi had the rare honor of being named a god during his lifetime. Hymns were written in his name, and praises were sung after his death. Countless people mourned his passing as they believed they had not only lost a king but also a god.

Problems soon arose as Hammurabi’s successors were nowhere near as competent as he was. The empire began to collapse. The last king of Babylon, Belshazzar, was a good soldier but a poor politician. He not only angered his citizens, but he also drove the kingdom into ruin.

The Battle of Opis was a major engagement between Persia and Babylon. The Persian army was under the command of Cyrus the Great, and Nabonidus was the king of Babylonia. At the time, Babylonia was the most significant power in Western Asia which was not under the control of Persia. 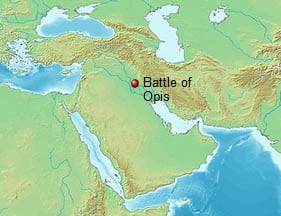 The battle was held at a strategic location near the River Opis. King Nabonidus marched with his soldiers in the hope that he could strengthen the borders of the empire and appease the masses as he had ascended the throne as the result of a revolution. The citizens were not happy with his methods of rule. He did not respect their religion, and he was a weak ruler. The once glorious empire had already fallen, and the Battle of Opis did not last long.

Babylonia surrendered within a couple of days, and the Persian army marched forward unchallenged, being greeted by the citizens of Babylon as liberators. The last major force standing in the way of the Persians had surrendered. The fate of King Nabonidus is unknown, but it is believed that he might have been exiled in Carmania.

Although the Persians ruled over Babylonia, they held the kingdom in high regard. The Persians tried to restore Babylonia to its former glory, and the culture and traditions of the place were retained. Alexander also respected the city. He ordered his soldiers not to harm the citizens and planned to rebuild the temples, but he did not live long enough to do so. After Alexander’s death, his successor fought for the empire and specifically for the city but eventually it fell into ruin. The citizens left and the city was deserted. The Babylonian Empire truly ended with the invasion of Alexander the Great.

Under the reign of Hammurabi, Babylonia thrived and prospered. However, our knowledge of this great empire is limited by the lack of records that still survive. Water levels in the region have steadily increased, and the ancient site is now inaccessible. The excavated ruins can only tell us of a thousand years of this great civilization’s existence.