China is rich in civilization, which goes back over 4,000 years. The People’s Republic of China has the largest population in the world and a deep history of pioneering inventions, giving the world many widely used materials such as paper and silk.

According to the historical text, the Records of the Grand Historian or the Shiji, ancient Chinese civilization began under the Xia dynasty (2070 BC–1600 BC) and culminated with the Qing dynasty (1644 AD–1911 AD) after which the creation of the republic took place which marked the end of the dynastic era. Many monarchies ruled during this time, but only the greatest ones have left their mark. Here is a list of the top 10 greatest emperors of ancient China. List is ordered chronologically by their birth year. 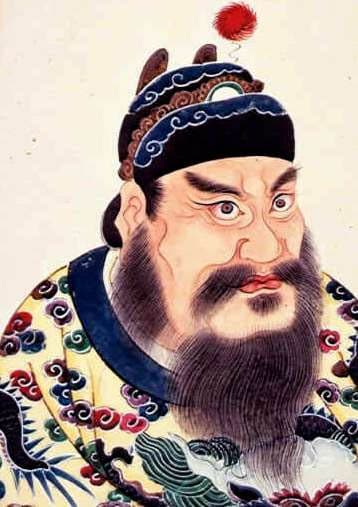 A renowned name in Chinese history, also known as the First Emperor of China, Qin Shi Huang was the founder of the Qin dynasty. His reign as First Emperor lasted from 220 BC to 210 BC under which he unified all seven of the warring states in China.

Emperor Qin came to the throne as King of Qin at the tender age of 13, and became China’s first emperor at the age of 38. Qin undertook several tasks which cemented his rule. He established a common currency and a standard unit of measurement that helped the economy run with equality and efficiency. He built the Great Wall of China to defend the country’s boundaries from the attacks of northern invaders. However, Qin Shi Huang is most famous for the tomb he built for himself: a mausoleum containing a terracotta army of over 8,000 statues of warriors and horses. 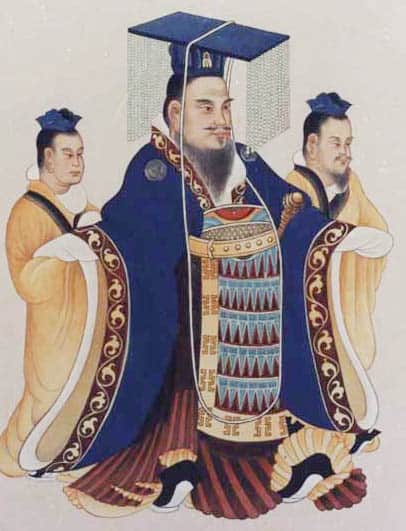 The seventh emperor of the Han dynasty, Emperor Wu of Han successfully ruled over China from 141 BC to 87 BC. He is best known for expanding China’s territories. Emperor Wu was fond of art and poetry and promoted them avidly. He established the famous trade route between east and west, known as the Silk Road, and also defeated the nomadic Xiongnu tribes.

Emperor Wu was a follower of Confucianism and applied its doctrine as his code of ethics for running the empire. Through his ideology and effective governance, he unified the nation in real terms. 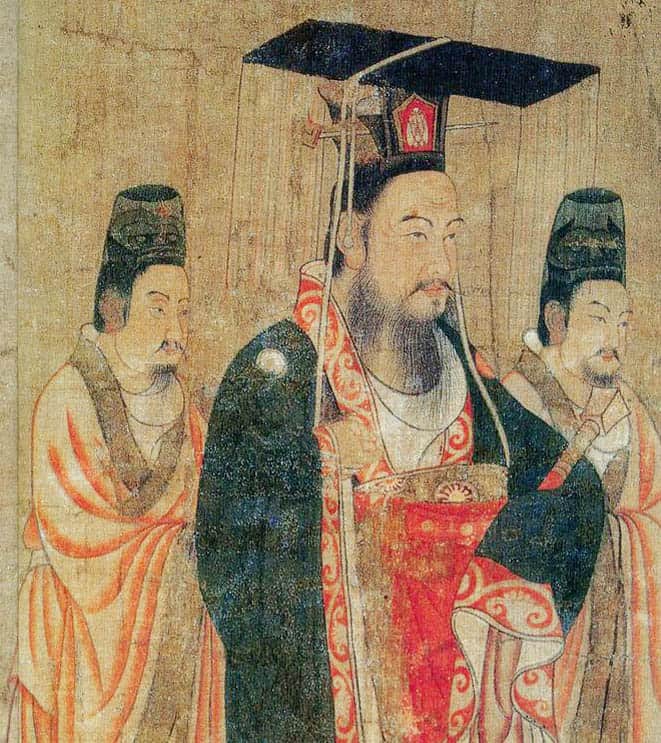 Yang Jian is better known as Emperor Wen, the first emperor of China’s Sui dynasty which lasted from 581 AD to 618 AD. It is believed that after the end of the Han dynasty, he was the only king who brought prosperity to China. With his efficient governance and political agenda, he reunified a nation which was in decline after the fall of the Western Jin dynasty. His reign was so prestigious that he left a powerful army and a prosperous economy behind him with enough food stocks to last 50 years.

Emperor Wen is thought to be the only king in the history of Chinese civilization to have only two concubines, unlike emperors in the Ming dynasty who were thought to have kept over 9,000.
The most renowned project accomplished under his reign was the construction of the Grand Canal. The Grand Canal linked the Yellow River and the Yangtze River and opened up a major trading route and led to an improved economy. 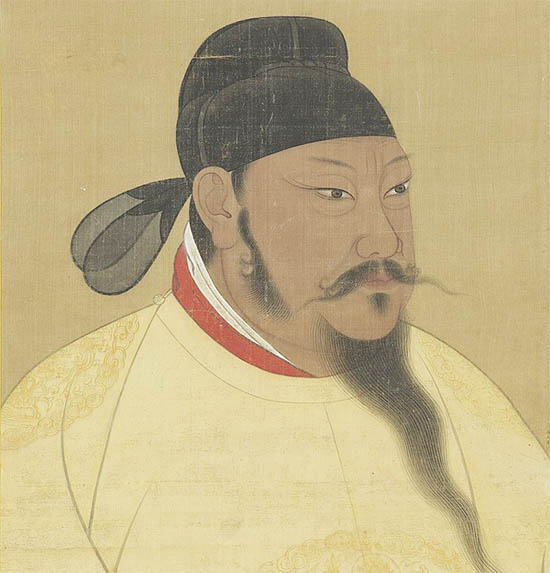 Considered the wisest emperor in Chinese history, Emperor Taizong of Tang, or Tang Taizong, was the second ruler of the Tang dynasty. His reign lasted from 626 AD to 649 AD.

Tang Taizong was famous for understanding the mistakes of the previous Sui dynasty and making sure he did not repeat them. He acknowledged the power of the peasants and enacted measures to help them. With his many intellectual policies, Emperor Taizong not only reigned over the country but earned the appreciation of the people of his kingdom too. Many goods were traded internationally during his reign, marking the beginning of an economically and culturally rich emerging power. As a result, the empire under Emperor Taizong of Tang was considered as a golden period in Chinese history. 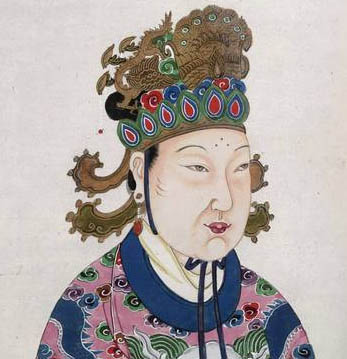 A member of the Zhou dynasty, Empress Wu Zetian was the only female ruler in ancient China. Her reign lasted from 690 AD to 705 AD during which she made some major reforms. History has been lit up by her political and military administration and she fought a series of wars to further extend the boundaries of China. Empress Zetian’s love for art and culture can clearly be seen in the many buildings and bronze figures which were made under her rule and are still in existence today. She worked with efficiency and fairness and employed only officials who were talented and earned their place in court.

Empress Wu Zetian was a competent and great leader, and as the only Chinese empress, she can be seen as an image of female empowerment in the ancient world. 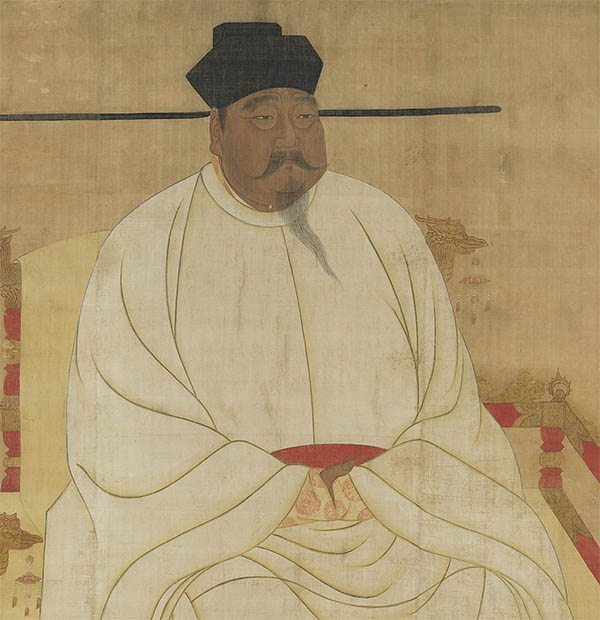 Zhao Kuangyin or Emperor Taizu of Song is the father of the Song dynasty, also the first Song emperor of China. His reign lasted from 960 AD to 976 AD. He was a former military general in the Later Zhou dynasty army, but forced Emperor Gong, the last Zhou ruler to give up the throne in a coup during which he illegally seized power.

He is recognized for reunifying China after a disorderly period known as the Five Dynasties or Ten Kingdoms that lasted for nearly 100 years.

Under his reign, he did not give power to military officials, but instead trusted the civil officials in his administration more. The reason behind this may be his insecurity over the misuse of power by military officials or his own fear of rebellion, something that he was very familiar with, having already staged a coup himself.

Emperor Taizu encouraged freedom of thought and stimulated growth in the fields of science, art, and literature. During a peaceful reign, he expanded his economy and territory, making the Song dynasty a golden period. 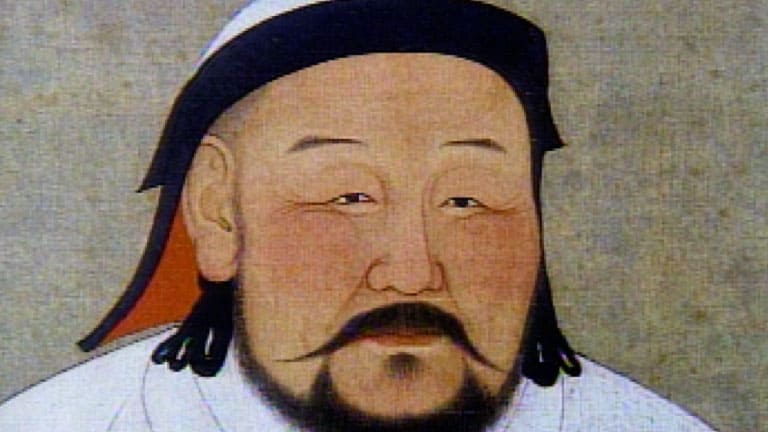 Often referred to as “the conqueror of the world,” Genghis Khan was the founder of the Mongolian Empire. The first great khan of the empire, he reigned from 1206 AD to 1227 AD and the empire flourished for years after his death.

Genghis Khan is also known as “the genocidal ruler” due to his brutality towards civilians. He expanded his empire, making the Mongolian Empire the largest empire in the history of China. He invaded many Eurasian and prominent Asian regions during his rule and almost every invasion led to the deaths of thousands of civilians which is how he gained such a fearsome reputation.

Despite being known for his brutality, Genghis Khan made many positive developments during his reign. He encouraged religious freedom, established the first international postal system and as a result of conquering various states of different ethnicities, his rule saw much trading and exchange of cultures.

Genghis Khan might have had a ferocious reputation but he played a major role in bringing Eastern and Western cultures into contact. Mongolians remember him as the founding father of Mongolia.

You can read more about Genghis Khan from here. 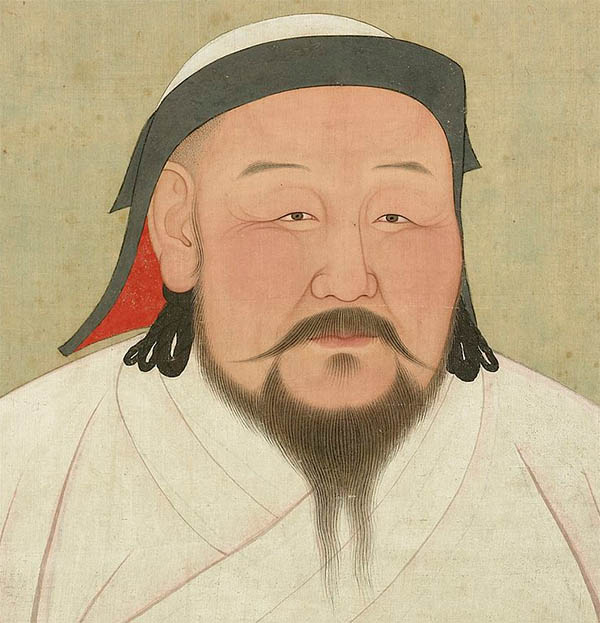 The fifth khagan of the Mongol Empire, Kublai Setsen Khan, who was also known as Emperor Shizu of Yuan, was the grandson of Genghis Khan. He was the founder and first emperor of the Yuan dynasty. His reign lasted from 1260 AD to 1294 AD during which he ruled over a vast province that stretched from China to present-day Korea. He conquered the Song dynasty to become the first non-Han leader of China.

Kublai Khan encouraged foreign relations and was open to people of different cultures. He was believed to have had a calmer reign than his ancestors who were known for their ruthlessness. After defeating the Song dynasty, he created a unified China, upgraded the country’s infrastructure and rebuilt the Grand Canal. 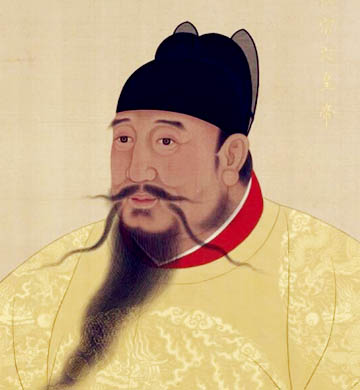 Famously known as the Yongle Emperor, Ming Chengzu was the third emperor of the Ming dynasty and the fourth son of the Ming dynasty’s founder Emperor Hongwu. He is also known as Zhu Di in historical texts. Zhu Di did not gain the throne through inheritance, but forcefully appropriated it from his own nephew. His reign lasted from 1402 AD to 1424 AD.

Zhu Di’s contribution to education, the military, the economy, and the growth of the Ming dynasty are commendable. He initiated various reforms that benefited trade such as reopening the Grand Canal for the exchange of goods which served as a major economic link in China.

The reign of Ming Chengzu left history with the Yongle Encyclopedia which is the largest paper-based encyclopedia. It is considered a milestone in Chinese history as it preserved the cherished culture of the Chinese nation.

Even though he named his empire “Yongle” which means “eternal happiness,” in reality he was a barbaric ruler who made few social reforms. Previously, emperors had endorsed the idea of killing the families of their political opponents but Ming Chengzu extended this to the execution of their friends and teachers too.

He was believed to have kept more than 1,000 concubines and introduced the barbaric tradition of concubines being killed after the death of their emperor. 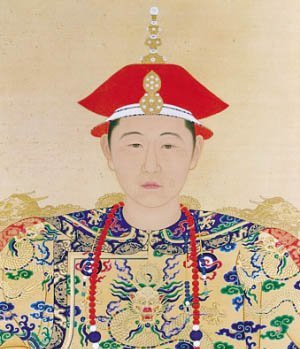 Born Xuanye, the Kangxi Emperor was the Qing dynasty’s fourth emperor. In a reign that lasted from 1661 AD to 1722 AD, the Kangxi Emperor’s 61 years on the throne makes him one of the longest serving rulers in the world. He ascended the throne at the tender age of seven, though the empire was under the guidance of his grandmother Grand Empress Dowager Xiaozhuang and four other regents.

Thanks to the Kangxi Emperor, the Qing dynasty reached a golden age known as the Prosperous Era of Kangxi and Qianlong, or the High Qing, that lasted for a long time even after his death.
Emperor Kangxi was a prominent military leader and he quashed several rebellious attacks. He subdued the Revolt of the Three Feudatories and the Mongol rebels and established the Kingdom of Tungning in Taiwan.

He later compiled a dictionary of Chinese characters and named it the Kangxi Dictionary.

China became a great and powerful nation during his imperial reign.

Chinese history has witnessed many rulers that are not even mentioned in this list who helped the country to become the dominant power that it is today. Although there are no official polls to determine the prominence of these Chinese rulers, the presence of many names in historical texts gives us an idea of who among them played a key role in defining history and could be considered the greatest emperors of ancient China.