Rome has always been the place for art. The streets of Rome are filled with sculptures of the greatest artists that the world has ever known. Roman art thrived in the Augustan age, but the Augustan era was not the starting point for Roman art.

Since ancient times, the Romans have been known for their indulgence in the finer things of life. They were renowned for their adrenaline-fueled fights, their love of wine, and their love of beauty. Art was a way to capture the beauty of the world in material form so that it could be admired for longer.

The Romans did not invent the art of painting and most of their finer techniques can be attributed to ancient Greece. Different forms of art were practiced across the Roman Empire, and one of the highest forms, according to the citizens of ancient Rome, was figure painting. 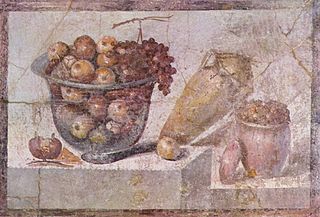 Numerous ancient Roman painters existed, but of those, these eight are the only ones who have survived the challenges of time:

Iaia was a famous female painter who also achieved success in the discipline of ivory engraving. The subject of her paintings usually centered around women, and her most famous paintings were those of an old woman and a self-portrait.

There was much conjecture about her indulging in romantic love with other women, and this was thought to be one of the reasons why she did not marry.

Iaia was considered to be faster and more talented than her male artistic contemporaries, and she earned more than them due to her skill and speed.

Publius Aelius Fortunatus was a former slave turned painter who lived during the second century AD. It was a rarity for a slave to have earned freedom, and it was even rarer for a former slave to take up something as exquisite as painting.

His status as a former slave, along with the unusual fact that some of his paintings actually survived, shot him to fame. He is remembered with a famous epitaph in the city of Rome.

Gaius Fabius Pictor was among the earliest painters whose work has survived the test of time. There is a gap of almost 150 years before the next surviving work from a Roman painter.

Fabius was thought to have worked around 304 BC. He was born into the distinguished family of Fabii and received the title of Pictor after becoming a painter. Painters of his era were subjected to stigma, and painting as a profession was looked down upon. He was therefore considered to be an embarrassment to the family during his lifetime.

He painted the Temple of Salus with scenes of the battle where Bubulcus gained victory over the Samnites. The temple was destroyed in a fire during the reign of Emperor Gaius.

Arellius was an exclusive painter of well-known Roman figures. He was active in the first century BC before the reign of Augustus. Although he was held in high esteem, he was also criticized for his paintings by some.

One of these critics reproached Arellius for incorporating the features of the women he loved into the faces of the goddesses he painted. One particular critic was repulsed by the resemblance of the Roman goddesses in his paintings to street prostitutes.

The Malibu Painter’s name is unknown, but the name “Malibu Painter” was coined from the female portrait which is now displayed in a museum in Malibu. His paintings are thought to date from 75 to 100 AD.

He derived his inspiration from the mummy portraits that were widely circulated in the Roman province of Egypt, and his work was distinguished by the way in which he used shadows and highlighting in his portraits. He had a unique way of painting mouths and noses. Two such paintings were discovered in Hawara in Egypt.

Quintus Pedius was a famous Roman painter and the first deaf person to have been recorded in history. His family wielded great influence in the sphere of politics.

Pedius was born deaf. With the encouragement of his great uncle Corvinus and the permission of his second maternal cousin Emperor Augustus, he took up a brush and began to paint. He proved to be a talented painter, but he died at the young age of 13.

Pacuvius’ most famous work was the Temple of Hercules in the Forum Boarium.

Pacuvius was also a tragic poet and was equally accomplished in this profession. He was the nephew and pupil of Ennius who single-handedly raised the genre of tragic poetry, elevating it to new heights.

Pacuvius was described as a fine, simple man with a serious spirit burning within his soul.

Spurius Tadius was also known as Ludius or Studius. He was famous for the murals that he painted during the Augustan period. The main themes of his murals were landscapes, and his most famous works were of landscapes of villas and ports.

Although painting was not fully appreciated in the early ancient Roman era, it was highly appreciated in later eras. Due to many unfortunate circumstances, a lot of paintings have been destroyed, and many talented Roman painters remained unknown.