There is always a beginning and an end for everything, and the beginning – as we know it – is when people started keeping records of their existence such as cave engravings and paintings. In ancient times, mankind relied on hunting and nature for survival, and we can find evidence of this from fossils, cave paintings, and ancient texts. The time before written records began is called the prehistoric era, and it was soon followed by the Bronze and Iron Ages. During this time, people invented things to make their lives easier, and these early inventions can still be seen reflected in some of today’s technology.

Here is a list of the top 11 most fascinating discoveries of the ancient world: 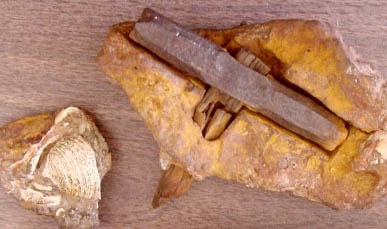 The hammer was one of the tools used by our ancestors, and it is still in use today. When the first hammer was found (in London, hence its name) it was so deeply buried that the wooden handle had turned to coal. It was clearly a tool though, made from a wooden stick joined to an iron head around six inches long. 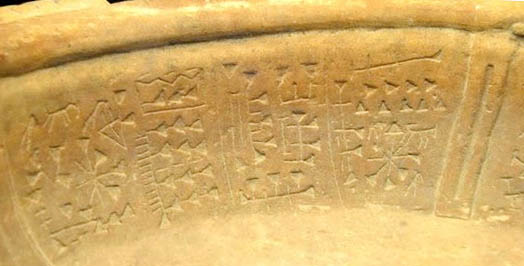 The Fuente Magna Bowl was found in South America near Lake Titicaca. It is called the “Rosetta Stone of America.” It looks like a giant bowl with two small handles which could have been used for baptisms or any other such purification ceremony. There is something written inside the bowl – possibly in Sumerian script – but this is yet to be translated. The bowl is an intriguing artifact, and its original use is still a matter for debate. 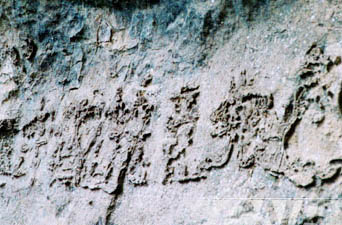 This stone was found in the town of Zhangbu in China. It is a stone engraved with characters which have been translated as “communist party of China perish.” The six characters are a mixture of traditional and simplified Chinese characters but bear no traces of humans ever having inscribed them. The stone is said to be 270 million years old and is situated between two cliffs. It is so narrow that only two men can enter and sit at a time. 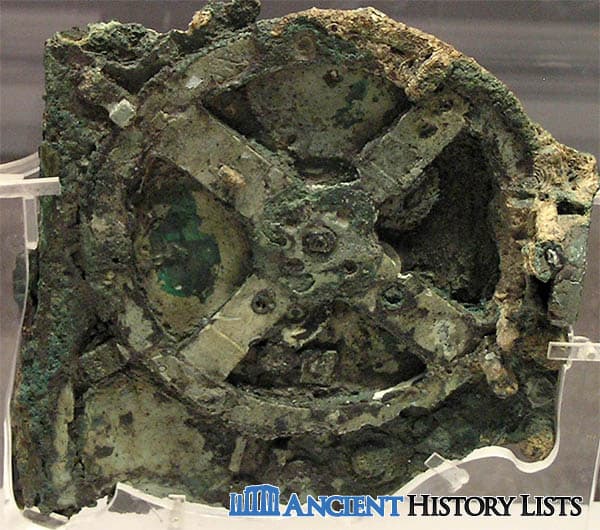 This is an astronomical calculator probably invented by the ancient Greeks. It was one of the most surprising things built during the ancient era and has become known as the first analog computer. It was found in the sea along with gold and other precious metals. It was thought to be a single piece, but was soon understood to be made up of three main parts, further divided into 82 fragments. Of these, four fragments were gears and many of the other fragments were inscribed. It is believed to be one of the most advanced inventions of its time. 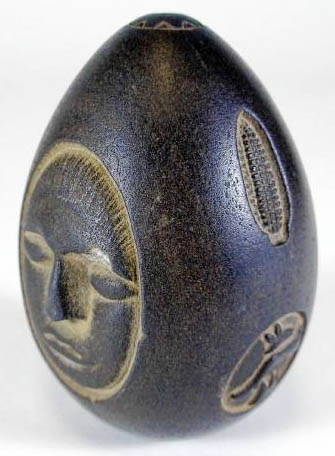 The origin of this egg-shaped, engraved stone is still unknown. It was found by workers who were digging in the area during the late 1800s. It is assumed to be from the Stone Age.
Mainly symbols are carved in the four-inch long stone, and it is thought that the symbols describe a treaty between two tribes. On one side, the symbols are obscure and possibly include images of corn, while the other side is much more understandable with arrows, moons, dots, etc. The stone is now with the New Hampshire Society. 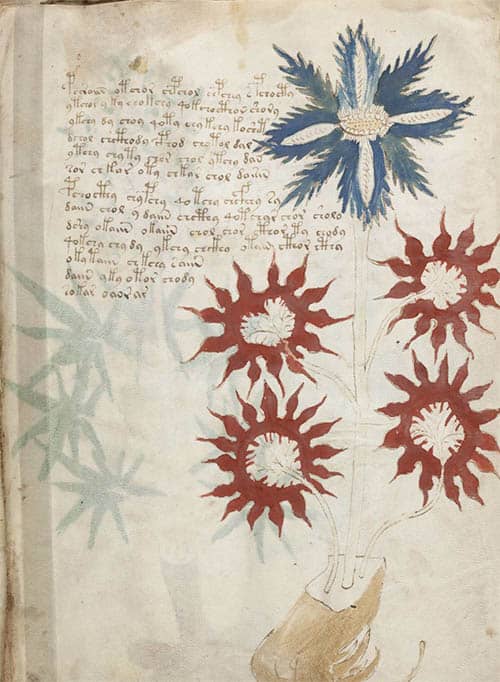 The Voynich manuscript is said to be a handwritten diary, but its origin and language are unknown. The manuscript contains colorful images of plants, flowers, patterns, and an unknown written language. It is a type of codex in the form of a book, written from left to right, but most of the pages are missing.

This manuscript is named after Wilfrid Voynich who bought the book in 1912. It is also known as Beinecke MS 408. Many code breakers and cryptographers have tried to decode the manuscript but have been unsuccessful. It has even proved difficult to guess which civilization it belongs to. It is assumed that the manuscript was found in the northern part of Italy, and it is now housed at Yale University.

Huge dinosaurs or great reptiles roamed the earth in the warm and humid atmosphere millions and millions of years ago. Fossil remains have been found all over the world. These huge reptiles gave way to birds such as the archaeopteryx. Around 40 eggs were found in a hillside in Chechnya, but it remains a mystery which type of reptile laid them. 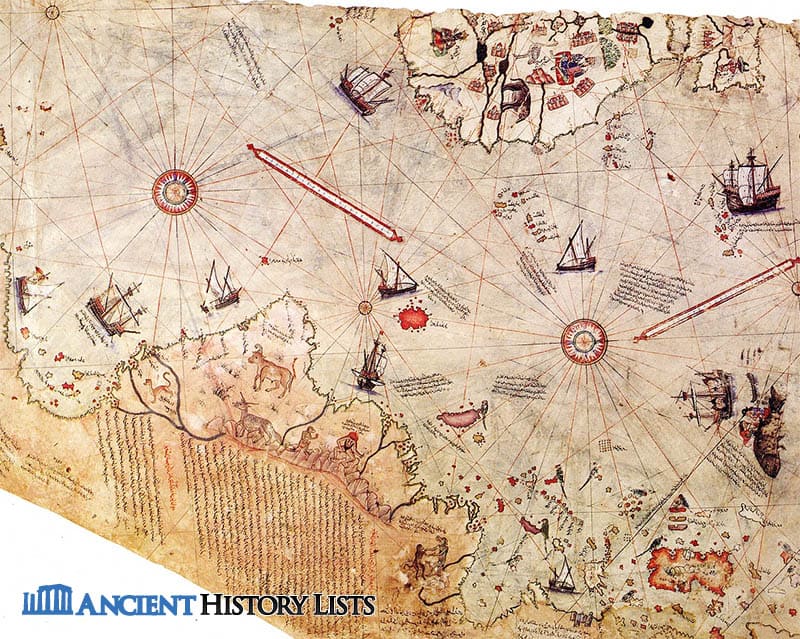 The Piri Reis map is one of the oldest world maps ever discovered. It is said that it was discovered around 1513 by troops of the Ottoman Empire. Only one third of the map remains and it shows Europe, North America and parts of Brazil.

Piri Reis, an Ottoman geographer, signed this map and it was used by the Ottomans in their quest to discover new lands. It is also thought to have been used by Christopher Columbus. The map dates from the Islamic year Muharram and is now kept at Topkapi Palace in Istanbul.

9. The Stone Spheres of Costa Rica

The stone spheres of Costa Rica (also known as the Diquis spheres) can be found in the Isthmo-Colombian region and are carved, round spheres placed on the ground in a pattern with no apparent significance. The site of the spheres is listed as a world heritage site by UNESCO.

Each sphere weighs around 15 tons and is two meters in diameter. It is said that most of them were made from the rock gabbro, while others are carved from limestone and sandstone. 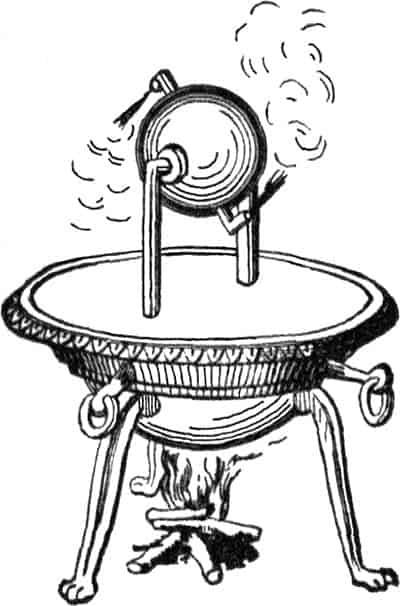 Alexandria (also known as Hero of Alexandria) was a Greek mathematician and engineer and the first to invent the steam engine. It was known then as the Aeolipile, named after the god of wind, Aiolus. It works through a series of opposing nozzles that release steam. Wooden sticks are used to fire them up, and the vessel is placed in water covered by a plate. The steam created could be used for a variety of purposes. 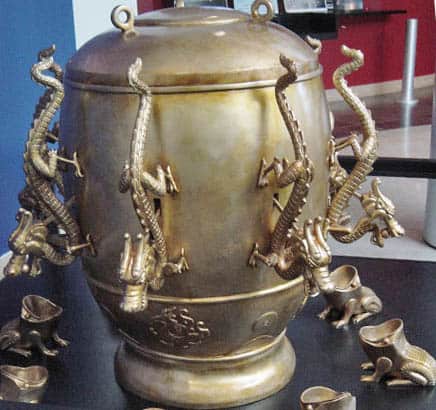 The seismoscope is a bronze vessel with a diameter of six inches. The outer barrel of the vessel had eight dragons facing downwards. Each dragon had a small bronze ball in its mouth. The dragons sit on eight bronze toads which have their mouths wide open to receive the bronze balls from the dragon. An earthquake is predicted when the ball falls and hits the toad. The direction and origin of the earthquake can also be identified in this way.

In 2005, scientists in China replicated Zhang’s seismoscope to detect earthquakes in Vietnam and China, and the device was found to be almost as accurate as the modern seismometer. A modern seismometer is not fully capable of detecting an earthquake beforehand and can only detect seismic shocks, a process of detection which began 2,000 years ago with Zhang’s seismoscope.

From the above discoveries, we can see that the people of the ancient world were smart, intelligent, and resourceful. Today’s inventions are aided by technology, but the inventors of the ancient world made great inroads without the help of machines, computers, and the latest research. In many cases, the basic principles of our modern inventions lie with these ancient discoveries. The seven wonders of the world are great examples of this spirit of innovation and experimentation. For example, the ancient Indus Valley civilization and the Egyptians have given us the Great Bath in Harappa and the Great Pyramid of Giza as a lasting legacy.