The Maya civilization, based in Mexico and Central America, is one of the oldest-known civilizations. The Maya people inhabited the lands of Yucatan, Campeche, Tabasco, El Salvador, and Honduras and had an amazing culture with some fascinating beliefs such as no one is ever born and no one ever dies. They worshiped the gods and their ancestors. The civilization was divided into small provinces and states, each one of which was ruled by a king. These states never united to form a unified civilization and each developed at its own rate.

The Maya civilization was also notable for its achievements in writing, developing the most sophisticated writing system in the world at the time. They used a logosyllabic system where one glyph represented one word, closely following the spoken language of the pre-Columbian world.

The Maya civilization adopted a system which allowed each ruler to follow his own path in a bid to get the upper hand over the others. It has been divided up into the Preclassic, Classic, Postclassic and Contact periods. The Classic period saw the development of major cities and infrastructures that went on to define the civilization, and it was marked by urbanism and the arts. Monument inscriptions were also believed to have originated during this period. Most of the major cities of the region were believed to have declined during the Postclassic period with the exceptions of Chichen Itza and Puuc which were transformed at this time.

The Maya civilization was built on the four basic pillars of politics, art, the royalty, and a fight for survival. Language and mathematics were also very important, as was the introduction of the calendar. The people were great believers in the supernatural and developed astronomical and mythical systems to keep these beliefs alive. 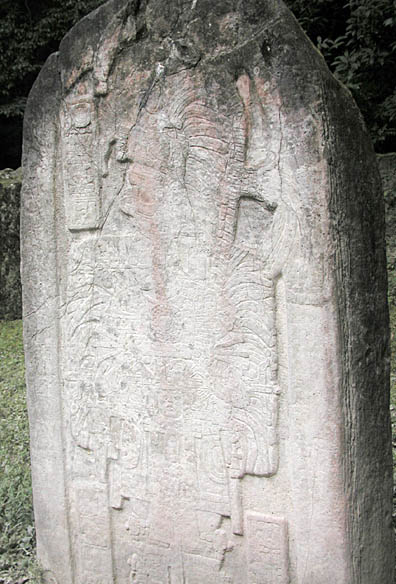 Jasaw Chan K’awiil was a prominent ruler of the Maya civilization. He was responsible for bringing the city of Tikal, or Yax Mutal, back to life before a prolonged dominance of Calakmul. Jasaw Chan K’awiil was interested in art and architecture and was responsible for the building of such renowned temples as the Temple of the Great Jaguar. His tomb was found in this temple which is clear evidence of his love of these great structures as well as his deep religious beliefs.

Jasaw Chan K’awiil reformed the political structure of the Mayan civilization. Many provincial states which were previously ruled by individual kings were brought together under him, and he offered them economic and administrative help. He was married to Lady Kalajuun Une’ Mo’. 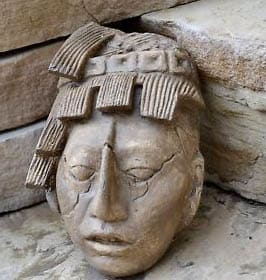 K’inich Janaab’ Pakal I, popularly known as King Pakal, was a ruler of Palenque, and he made the city into a powerful state. He invested heavily in the military and made it politically stable. He ensured economic growth and peace throughout his reign. He was, however, anxious for his safety after his marriage to Taz’akb’u Ajaw and built himself an enormous palace. He expanded the state of Palenque to the west and built many great architectural structures. When he died, he was buried in the great temple of Pakal. His tomb was enormous which reflects how important he was.

Spearthrower Owl is the name given to a ruler of the Preclassic period by archaeologists after they noted that many images of him portrayed him as an owl holding a spear. He introduced the Teotihuacan culture to the Maya with the help of the prominent political figure Siyah K’ak. This Mexican-based culture greatly influenced the later beliefs of the people although it was unpopular at the time. It is not known exactly how Spearthrower Owl came to the throne, and records found in the Peten Basin in the center of Tikal have not thrown much more light on the subject.

Yax k’uk’ Mo’ was a prominent leader and ruler of the Mayan civilization, and it is thought he had his base at Tikal. Ancient records suggest that he ruled for over 350 years and was a successful and efficient ruler. His major contributions were in the fields of arithmetic and astronomy, but he also had a keen interest in defense and the army. He built the city of Copan, and sculptures found in the city ruins have a distinctly Mexican flavor in the style of the Teotihuacan era. Various carved figures of Yax show him wearing a goggle-eyed headdress, and his burial chamber was furnished with jewels, jade, and shells.

Chak Tok Ich’aak I was popularly known as Great Paw, and he lived in the city of Tikal. His name was well known and has been found inscribed on various ceramic sculptures and other stones. His mother was Lady Bahlam Way and his father was K’inich Muwaan Jol.

Amongst others, the monument Stela 26 documents Chak Tok Ich’aak I’s powerful reign. He was succeeded by Yax Nuun Ahiin I when he died on January 14, 378. Chak was also referred to as “Jaw,” meaning lord or deity, possibly because of his deep religious beliefs.

Apoxpalon was also called Paxbolonacha, and he was a notable merchant from Acalan. He already had a strong political background when he was elected as a regional ruler. He made major contributions to trade through his knowledge of arithmetic, but he had few insights into the world of business. His main areas of expertise were agriculture, fishing, raising livestock, and hunting. His appointment in 1525 established a Mayan system of raising traders to a position of great authority. This system became known as the Chontal Maya system. 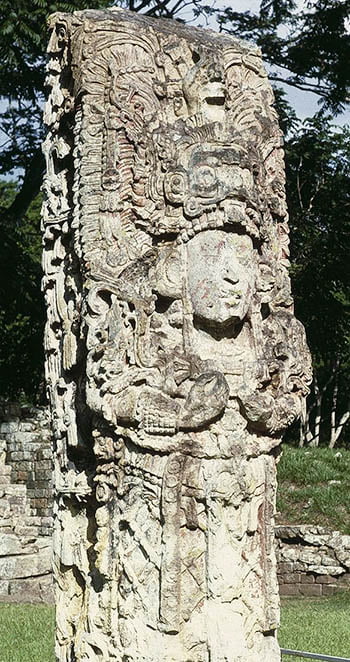 Uaxaclajuun ascended the throne in Copan after the death of the leader Smoke Imix. He began his reign by building a tomb for Smoke Imix known as the Esmeralda Structure. It included a staircase which represented the long journey that Smoke Imix had to take to heaven.

Uaxaclajuun Ub’aah K’awiil’s reign was commemorated by several monuments that he constructed himself, one of which was the 10L-22 at Copan. It represented a sacred mountain and had inner and outer chambers to walk through. Its entrance was decorated with stone carvings of a mountain which symbolized the earth.

Jacinto Canek was an 18th-century revolutionary who fought against the Spanish on the Yucatan Peninsula. He belonged to one of the last groups of Maya to survive after the Spanish invasion. The local population had been forced to work as slaves for the Spanish, and Jacinto himself was employed as a baker in the newly Spanish-controlled state despite being well educated in Latin and history. After an argument with a priest, he falsely raised a fire alarm in the church under the pretext of emptying it so he could kill the priest. Canek was hailed as a hero for standing up to the Spanish, and his people crowned him as their king. He was later captured and sentenced to death.

Hunac Ceel, a Maya general from Telchaquillo, founded the Cocom dynasty when he conquered Chichen Itza. Though he controlled Chichen Itza, he was eventually defeated and thrown into the Sacred Cenote pit as a human sacrifice. He survived and again rose to power in Uxmal. He upset the political balance in north Yucatan as well as Chichen Itza and Peten Lake where his enemies, the Itza, were mainly living. He went on to establish himself as lord of Mayapan, from where he controlled the entire region. 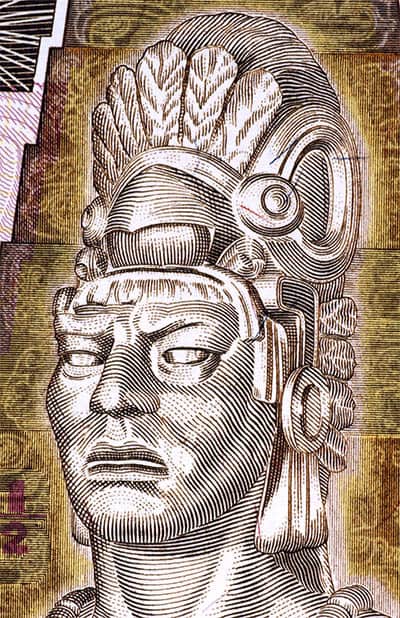 Tecun Uman was the last ruler of the K’iche’ Maya people who lived in the Highlands of what is now Guatemala. He was renowned for his fondness of poetry and architecture. Tecun was another revolutionary who fought against the Spanish until his death at the Battle of El Pinar. He and the Spanish leader, Alvarado, eventually came face to face during this great battle. Despite Alvarado having modern armor and riding a horse, Tecun was able to stab the horse until he fell off. However, this enabled Alvarado to thrust the sword through Tecun’s heart. Tecun became the national hero of Guatemala.

Felipe Carrillo Puerto was a Mexican journalist and a revolutionary. He was famous for his efforts at reconciliation between the Mexican government and the Yucatec Maya after the Caste War. He was born into a Spanish family but had traces of Maya. He spoke the Mayan language and sought to keep the Maya culture alive through his newspapers and journals, and during his time as governor. 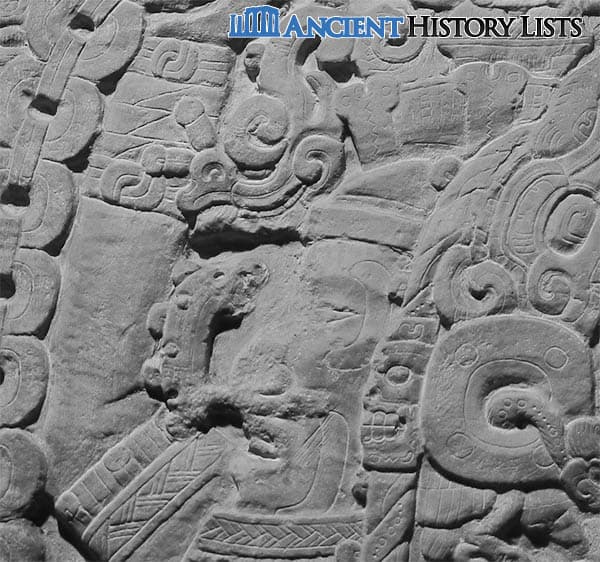 Siyaj K’ak’ was politically prominent during the Classic period and when he was a general for the Teotihuacano ruler Spearhead Owl. Siyaj was believed to have been a warlord in the Peten region, where he was given the job of reallocating the power of the displaced kings in the cities of Tikal, Copan, and Uaxactun. His name meant “fire is born” to which he was well suited as he was a passionate political figure. Siyaj maintained his power serving kings like Yax Nuun Ayiin until his death.